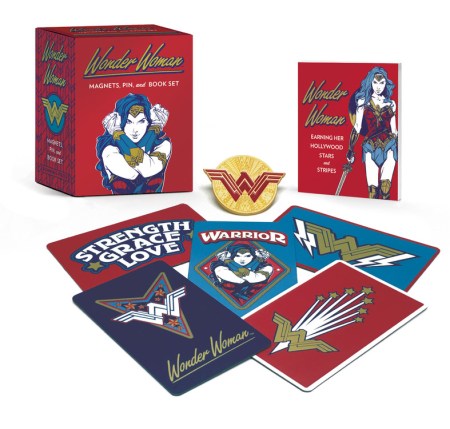 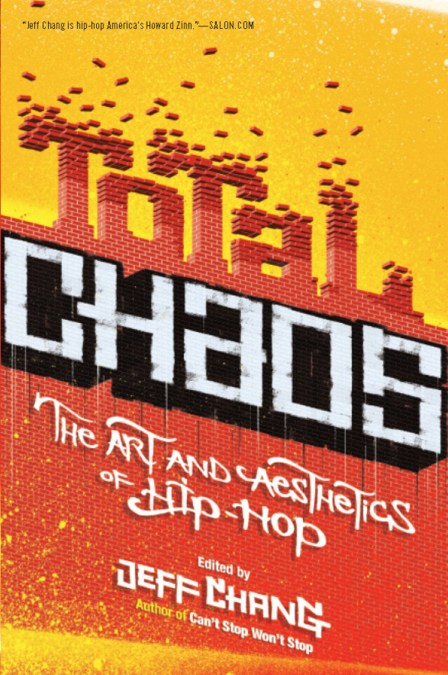 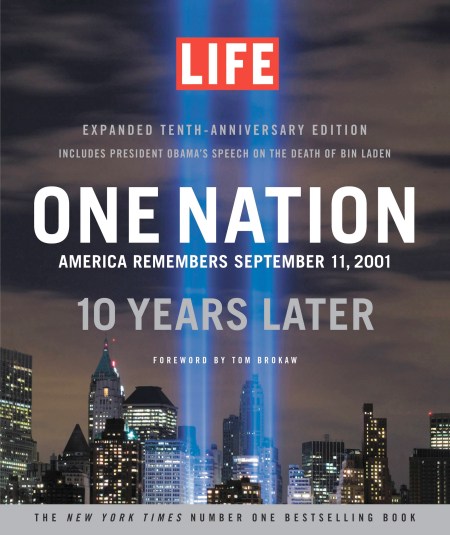 by Editors of Life Magazine
During our nation’s most trying times, it has been LIFE that has provided the images that help us understand, remember, and in the process, renew. Now the editors of LIFE have assembled a moving, brilliantly illustrated account of tragedy and triumph. This is about firemen going in amidst the rubble, but it is also about a Frenchman in Paris holding up a sign that says, “We are all Americans.” This is about our leaders taking charge, but it is also about schoolchildren in Iowa hanging an American flag on a tree in their backyard.

Beginning with the history of lower Manhattan, the book explains what happened on September 11, profiles many of the heroes, victims and rescuers (fireman, police, doctors, and rescue dogs among them), and paints an inspiring portrait if a nation and world coming together in sadness, pride and resolve.The book is more than photographs. Explanatory text runs throughout, and the book also includes a selection of original essays about America and September 11, written by such notables as Maya Angelou, Thomas Keneally (Schindler’s List), Stephen Ambrose, Melissa Fay Greene (The Temple Bombing), AndreiCodrescu, Gordon Parks, Doug Stanton (In Harm’s Way), Bob Greene (Duty), James Bradley (Flags of Our Fathers), and others.

All profits from the sales of this book will be donated to American Red Cross, September 11th Fund, International Association of Fire Fighters, New York Fraternal Order of Police WTC Fund, The National Organization for Victim Assistance, and The Twin Towers Fund. When Americans think of photographic journalism at its finest, they think of LIFE magazine.

This book will draw upon the best photographers employed by TIME, LIFE, PEOPLE and other magazines. Many of the photographers have had their own collections published in book form. 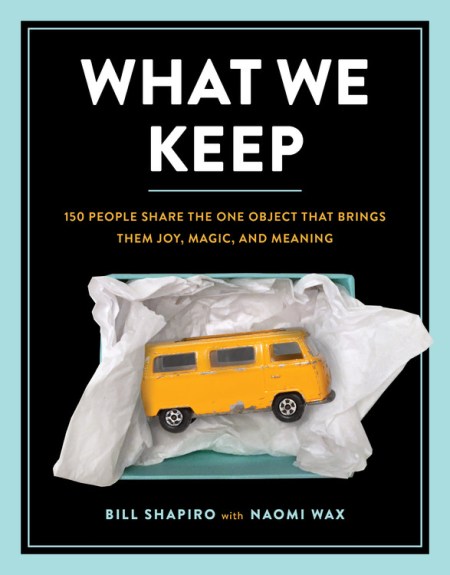 by Bill Shapiro by Naomi Wax
With contributions from Cheryl Strayed, Mark Cuban, Ta-Nahesi Coates, Melinda Gates, Joss Whedon, James Patterson, and many more — this fascinating collection gives us a peek into 150 personal treasures and the secret histories behind them.

All of us have that one object that holds deep meaning–something that speaks to our past, that carries a remarkable story. Bestselling author Bill Shapiro collected this sweeping range of stories–he talked to everyone from renowned writers to Shark Tank hosts, from blackjack dealers to teachers, truckers, and nuns, even a reformed counterfeiter–to reveal the often hidden, always surprising lives of objects. 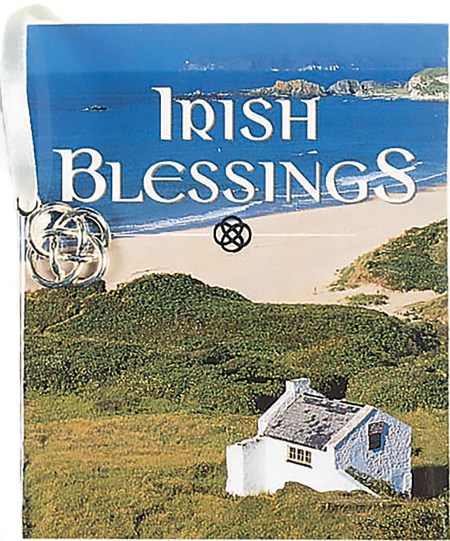 by Ashley Shannon
This tribute to the Land of Welcomes captures the spirit of the Irish people in traditional blessings and classic verse. Featuring beautiful full-color photographs of the Emerald Isle, this inspiring keepsake is perfect for the beginning of a journey, a toast among mates, or any time you need a little luck o’ the Irish! 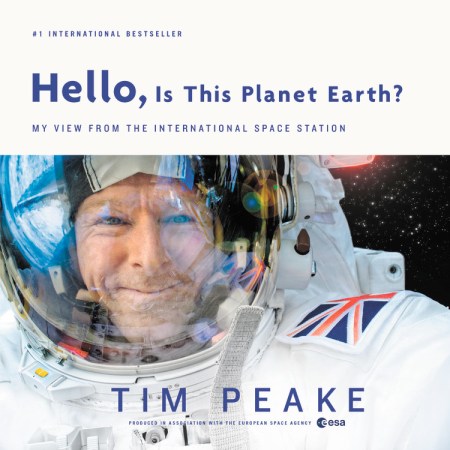 Hello, Is This Planet Earth?

by Tim Peake
The #1 international bestseller: An astronaut’s tour of our planet from the heavens, featuring 150 mesmerizing photographs (with commentary) from the International Space Station.

During his six-month mission to the International Space Station, astronaut Tim Peake became the first British astronaut to complete a spacewalk — and, perhaps more astonishingly, the first to run an entire marathon in space. During his historic mission, he captured hundreds of dazzling photographs, the very best of which are collected here.

Tim captures the majesty of the cosmos and of the planet we call home: breath-taking aerial photos of the world’s cities illuminated at night, the natural beauty of the northern lights, and unforgettable views of oceans, mountains, and deserts.

Tim’s lively stories about life in space appear alongside these photographs, including the tale from which the title is taken: his famous wrong number dialed from space, when he accidentally called a stranger and asked: “Hello, is this planet Earth?”

With this truly unique perspective on the incredible sights of our planet, Tim demonstrates that while in space, hundreds of miles above his friends and family, he never felt closer to home. 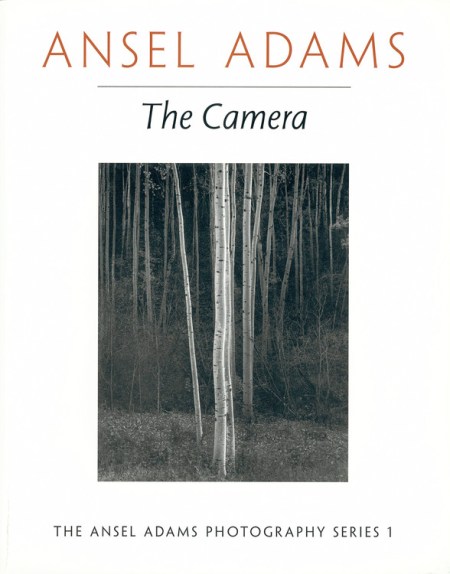 by Ansel Adams With Robert Baker
Ansel Adams (1902-1984) produced some of the 20th century’s most iconic photographic images and helped nurture the art of photography through his creative innovations and peerless technical mastery.
The Camera–the first volume in Adams’ celebrated series of books on photographic techniques–has taught generations of photographers how to harness the camera’s artistic potential. This time-honored handbook distills the knowledge gained through a lifetime in photography and remains as vital today as when it was first published.
Along with visualization, image management, Adams’ famous Zone System, and other keys to photographic artistry, The Camera covers 35mm, medium-format, and large-format view cameras, while offering detailed advice on camera components such as lenses, shutters, and light meters. Beautifully illustrated with photographs as well as instructive line drawings, this classic manual belongs on every serious photographer’s bookshelf.
“Adams is a clear-thinking writer whose concepts cannot but help the serious photographer.” – New York Times
“A master-class kind of guide from an undisputed master.” – Publishers Weekly
Over 1 million copies sold.
Publisher’s Note: This ebook of The Camera works best as a digital companion to the print edition. The ebook was produced by electronically scanning and digitizing a print edition, and as a result, your reading device may display images with halftone or moiré patterns. 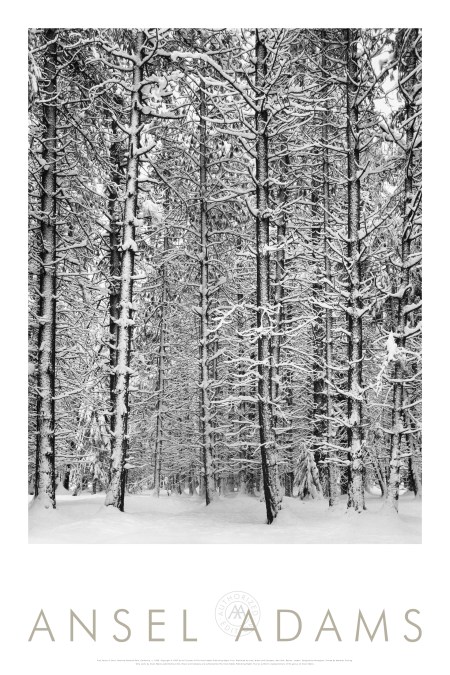 by Ansel Adams
The thirty-two Ansel Adams posters published by Little, Brown over the last fifteen years have sold nearly 2 million copies, making the series perhaps the most successful single-artist poster line of all time. Now, to update the series for a new century and a new generation, Little, Brown and The Ansel Adams Publishing Rights Trust have commissioned Pentagram, the renowned international design firm, to create a fresh look for the posters.

The two posters pictured here introduce Pentagram’s beautiful new design. The images are larger and the sans serif typeface lends an elegant simplicity to the overall presentation. In response to requests, sheet sizes have been standardized so that commercially available poster frames can be used. And to highlight the fact that these are the only authorized Ansel Adams posters published, each will feature a striking blind-embossed seal. The one thing that has not changed is the painstaking attention to quality — the superb duotone printing and heavy coated stock that are hallmarks of the series. Pine Forest in Snow is a superb representation of Yosemite in winter. 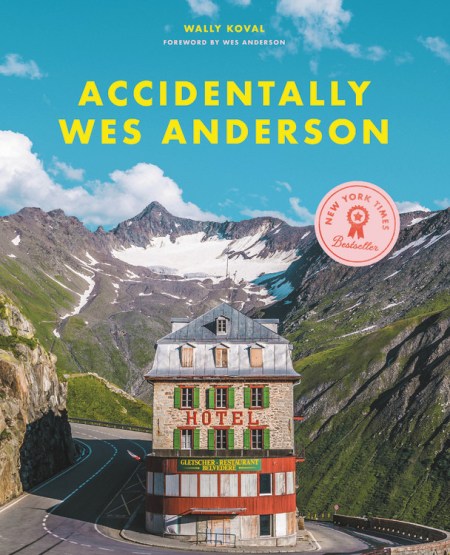 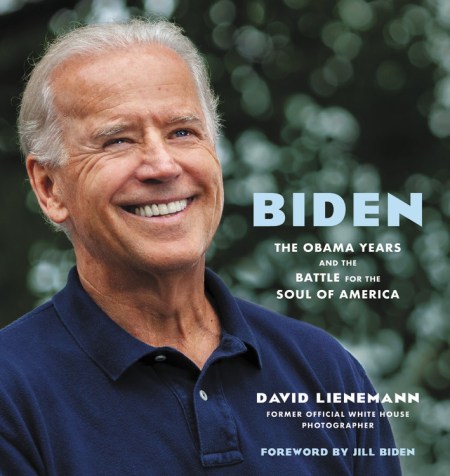 by David Lienemann Foreword by Jill Biden
The visual chronicle of Joe Biden's eight years as vice president to Barack Obama, revealing in intimate detail who the President is as a father, friend, and leader

This book captures the core of who Joe Biden is as a lifelong public servant–featuring photographs from his eight years as one of America's most consequential vice presidents and partner to Barack Obama.

These visually arresting photographs and behind-the-scenes stories show Biden stepping into his own as a leader always ready to guide a nation in distress. They also reveal a new dimension to Biden's humanity–as a man whose decency and kindness shines through both tragedy and triumph, whose working-class roots inform his values, and whose candor and approachability enable him to connect with citizens of all kinds.

This book traces Biden's vice presidency in unprecedented detail, shedding light on who he is as a political leader and patriot, and also as a father, husband, and friend. It will delight and fascinate readers who yearn for the return of honesty and ethics to the nation's highest offices.

As we turn the page towards a brighter future, this portrait of one of the most influential names in American politics is a timeless reminder of the values this country holds truest, and of how a leader like Joe Biden can unite a nation.
Previous Page Next Page