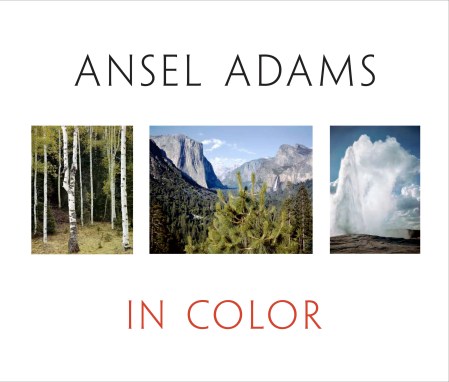 Edited by John P. Schaefer Edited by Andrea G. Stillman Photographs by Ansel Adams
Renowned as America’s pre-eminent black-and-white landscape photographer, Ansel Adams began to photograph in color soon after Kodachrome film was invented in the mid 1930s. He made nearly 3,500 color photographs, a small fraction of which were published for the first time in the 1993 edition of ANSEL ADAMS IN COLOR. In this newly revised and expanded edition, 20 unpublished photographs have been added. New digital scanning and printing technologies allow a more faithful representation of Adams’s color photography. 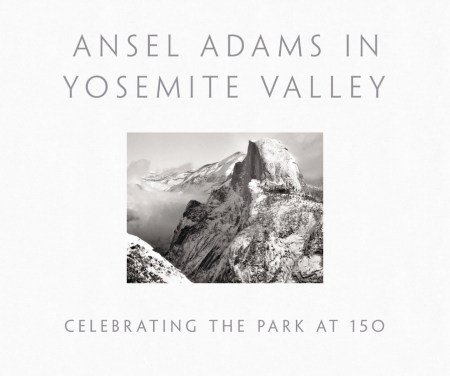 by Ansel Adams by Peter Galassi
A magnificent deluxe, oversized book timed for the 150th anniversary of Abraham Lincoln's signing of the Yosemite Grant, an event that laid the groundwork for the National Parks system.

Ansel Adams first visited Yosemite in 1916, at the age of fourteen, and returned every year throughout his life. It was in Yosemite that he fell in love with Western wilderness and became a photographer; he made more photographs at Yosemite than at any other place.

Roughly 150 breathtaking images are exquisitely reproduced in this large-format clothbound book. There are notable portraits of El Captain (the famous rock face whose Dawn Wall was recently free-climbed for the first time), Half Dome, Cathedral Rocks, Royal Arches, and other distinctive rock formations that frame the valley; grand views in all seasons and all states of weather; intimate details of nature from the Valley floor; the waterfalls–Bridaveil, Yosemite, Vernal, Nevada; studies of trees, from the giants of the Mariposa Grove to the exquisite white blossoms of the dogwood. There are gathering and clearing storms, snow and ice, bright sunshine, and the subtle shades of dawn and dusk.

The photographs have been selected and sequenced by Peter Galassi, former Chief Curator of Photography at The Museum of Modern Art, New York. His abundantly illustrated introduction sets Adams's pictures within the rich history of imagery of Yosemite. 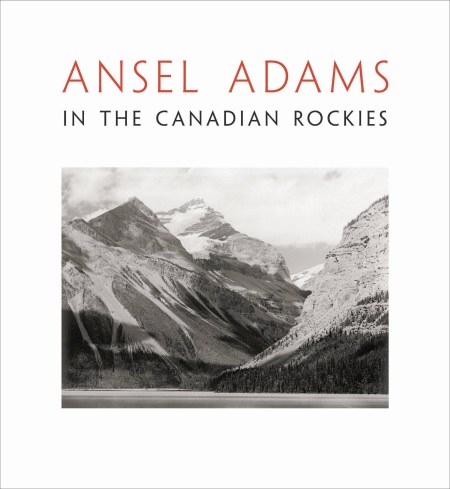 Ansel Adams in the Canadian Rockies

“These mountains are breathtaking – utterly different than anything we have seen. The peaks and forest and ‘tone’ fulfill almost every ideal I have had of what ‘my’ mountains could be. . . These are the great mountains we dream about.” — Ansel Adams to his wife Virginia, 1928

The Sierra Club’s twenty-seventh annual outing or “High Trip” was Ansel Adams’s first as official photographer. It was during this expedition to the Canadian Rockies in 1928 that Ansel began to find his voice as a photographer. In Ansel Adams in the Canadian Rockies, we discover images of celebrated natural sites including Mount Robson, Amethyst Lake, Drawbridge Peak, and Bennington Glacier that foreshadow the majestic mountain vistas for which Adams would become renowned.

A fine chronicle of one of Ansel Adams’s earliest major photographic expeditions, and the only one he ever made outside of the United States, this book also serves as a record of Ansel’s emerging style during these crucial years in his artistic development. 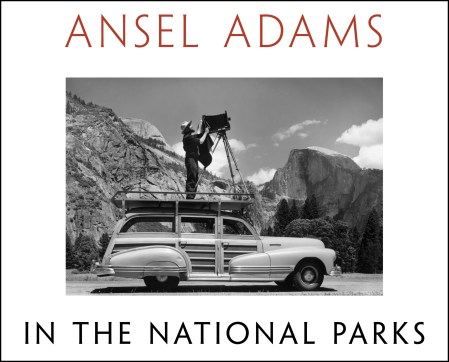 Ansel Adams in the National Parks

by Ansel Adams Edited by Andrea G. Stillman
The most comprehensive collection of Ansel Adams's photographs of America's national parks and wilderness areas, with more than 200 photographs — many rarely seen and some never before published.

For many people, Yosemite, Yellowstone, Glacier National Park, and other iconic American wildlands exist in the mind's eye as Ansel Adams photographs. The legendary photographer explored more than forty national parks in his lifetime, producing some of the most indelible images of the natural world ever made. One of the twentieth century's most ardent champions of the park and wilderness systems, Adams also helped preserve additional natural areas and protect existing ones through his photographs, essays, and letter-writing campaigns.

Edited and with commentary by Andrea G. Stillman, the foremost expert on Adams's work, this landmark publication includes quotations by Adams on the making of numerous photographs and essays by Wallace Stegner, William A. Turnage of The Ansel Adams Trust, and journalist and critic Richard B. Woodward. This is a must-own for Ansel Adams fans and all those who, like Adams, treasure America's wilderness. 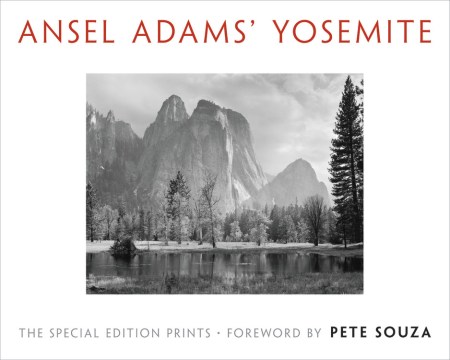 by Ansel Adams Foreword by Pete Souza
America’s greatest photographer on his greatest subject–featuring the Yosemite Special Edition Prints, a collectible collection of photographs selected by Ansel Adams during his lifetime, yet never before published in book form.
The photographs of Ansel Adams are among America’s finest artistic treasures, and form the basis of his tremendous legacy of environmental activism.
In the late 1950s, Adams selected eight photographs of Yosemite National Park to offer exclusively to park visitors as affordable souvenirs. He hoped that these images might inspire tourists to become activists by transmitting to them the same awe and respect for nature that Yosemite had instilled in him. Over the following decades, Adams added to this collection to create a stunning view of Yosemite in all its majesty.
These photographs, the Yosemite Special Edition Prints, form the core of this essential volume. Adams’ luminous images of Yosemite’s unique rock formations, waterfalls, meadows, trees, and nature details are among the most distinctive of his career. Today, with America’s public lands increasingly under threat, his creative vision remains as relevant and convincing as ever.
Introduced by bestselling photographer Pete Souza, with an essay by Adams’ darkroom assistant Alan Ross, Ansel Adams’ Yosemite is a powerful continuation of Adams’ artistic and environmental legacies, and a compelling statement during a precarious time for the American earth. 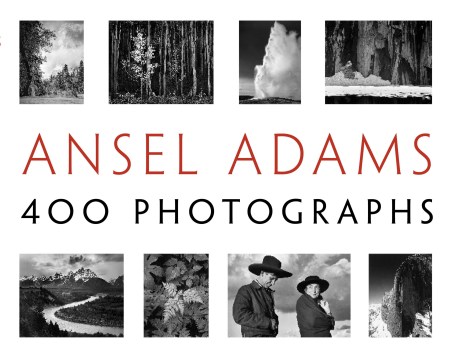 Edited by Andrea G. Stillman by Ansel Adams
Ansel Adams: 400 Photographs presents the full spectrum of Adams’ work in a single volume for the first time, offering the largest available compilation from his legendary photographic career. Beautifully produced and presented in an attractive landscape trim, Ansel Adams: 400 Photographs will appeal to a general gift-book audience as well as Adams’ legions of dedicated fans and students.

The photographs are arranged chronologically into five major periods, from his first photographs made in Yosemite and the High Sierra in 1916 to his work in the National Parks in the 1940s up to his last important photographs from the 1960s. An introduction and brief essays on selected images provide information about Adams’ life, document the evolution of his technique, and give voice to his artistic vision.

Few artists of any era can claim to have produced four hundred images of lasting beauty and significance. It is a testament to Adams’ vision and lifetime of hard work that a book of this scale can be compiled. Ansel Adams: 400 Photographs is a must-have for anyone who appreciates photography and the allure of the natural world. 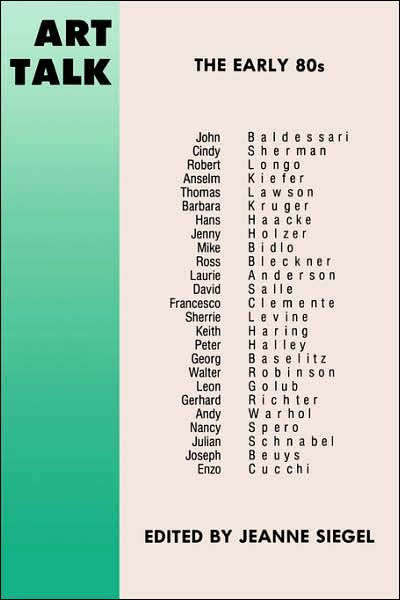 by Jeanne Siegel
Art Talk is a stimulating collection of interviews conducted by noted art critics of the most influential and innovative artists of the early 1980s. These interviews explore central themes of contemporary art: what makes art political, the commodification of art, the overarching importance of language, and the increased recognition of female artists. But the interviews are also remarkable for the frankness with which these artists are willing to discuss their work. Here Andy Warhol comments on the influence of Walt Disney; Cindy Sherman frames herself as a commodity; Walter Robinson elucidates the East Village scene; Jenny Holzer and Barbara Kruger expatiate on language as image; Laurie Anderson describes the influence of graffiti and traffic jams on her work; Georg Baselitz explains why he paints standard motifs upside down; and Robert Longo relates style to power. In her introduction, editor Jeanne Siegel identifies the major issues and events that shaped artistic expression in the early 80s: the growing acceptance of photography as fine art, the overwhelming expectations for artists to become “performers,” the phenomenon of Postmodernism, and other emerging trends. 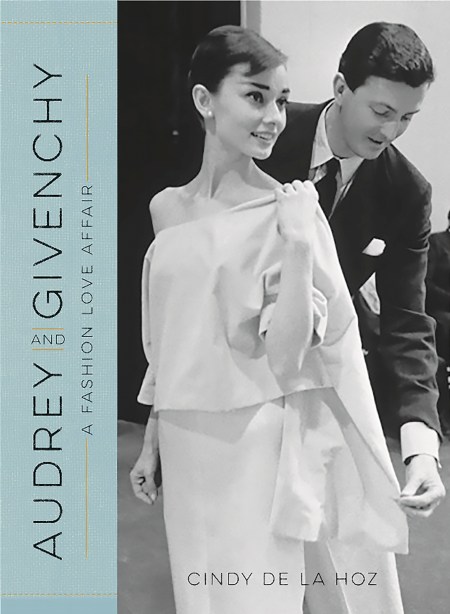 by Cindy De La Hoz
Audrey and Givenchy is a stunning showcase of the most influential teaming of star and designer in fashion history: Audrey Hepburn and Hubert de Givenchy.
Legendary screen star Aubrey Hepburn and designer Hubert de Givenchy were a brilliant meeting of fashion-forward minds. Over the course of their forty-year friendship and professional partnership, both became fashion icons whose collaborations influenced trends for generations to come — the words “Audrey style” still conjure images of ballet flats, little black dresses, bateau necklines, capri pants, and countless stunning fashions.
With gorgeous photography throughout, Audrey and Givenchy is a celebration of the duo’s collaborations both onscreen and off, featuring fashion profiles on such classic films as Sabrina, Breakfast at Tiffany’s, Charade, How to Steal a Million, and Funny Face, as well as their greatest off-screen fashion hits for awards shows and events. 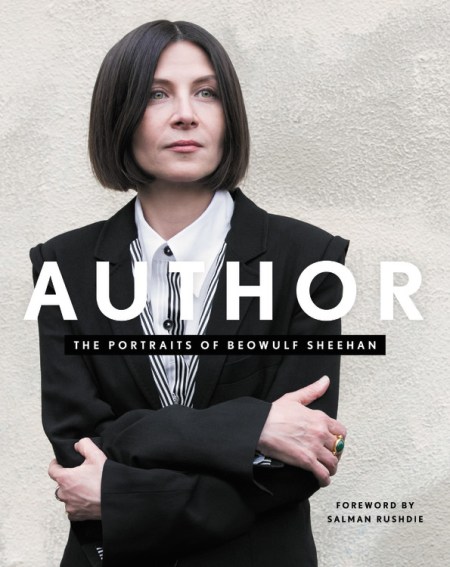 by Beowulf Sheehan Foreword by Salman Rushdie
A beautiful and moving collection of photographs by Beowulf Sheehan, whose work captures the essence of 200 of our most prominent writers, historians, journalists, playwrights, and poets.

Beowulf Sheehan is considered to be his generation’s foremost literary portrait photographer, having made portraits of the literary luminaries of our time across the globe, from Roxane Gay to Masha Gessen, Patti Smith to Zadie Smith, Karl Ove Knausgaard to J.K. Rowling, and Jonathan Franzen to Toni Morrison.

In Authors Sheehan presents the most insightful, intimate, and revealing portraits of these artists made in his studio, in their homes, in shopping malls and concert halls, on rooftops and in parking lots, on the beach and among trees, surrounded by flowers and in clock towers. Following an enlightening foreword by Salman Rushdie, Beowulf Sheehan shares an essay offering insights in the poignant and memorable moments he experienced while making these portraits.

A treasure gift for readers and lovers of portrait photography, Authors is the only book of its kind to appear in more than a decade. 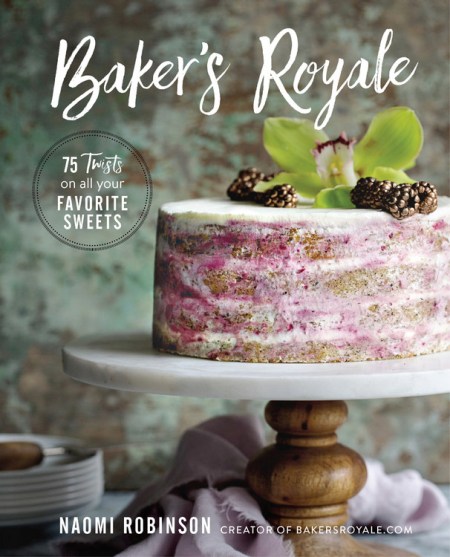 Baker’s Royale is a dessert cookbook that revisits-and revamps-classic recipes for the modern baker. Naomi Robinson thinks outside the cake mix box in her kitchen and on her site, BakersRoyale.com, mixing and matching for mash-ups that wow. Her exciting flavor combinations and eye for the easiest show-stoppers struck a chord, and readers clamored for more of her inventive sweets.

The book includes 75 classic recipes with a twist:

Shortcuts like premade cookie dough and candy garnishes make these desserts as practical as they are fanciful. Stunning photography throughout showcases Naomi’s unique style, which is as delicious as it looks.
Previous Page Next Page