By now you’ve had time to watch (and rewatch) the first season of The Witcher on Netflix, and are wondering what to do next. The best thing to read after you’ve watched The Witcher are the Witcher books, of course. But if you’ve already read the series, or want to avoid spoilers for the upcoming season, we have plenty of other options to keep you entertained while Jaskier tunes his lute in preparation for the further adventures of Geralt, Ciri, and Yennefer.

If you’ve got coin to spare after tossing one to your witcher, dive into these eight great novels. And who knows, perhaps one of them is the next great TV adaptation.

If Jaskier was your favorite character then you’ll love the tales Tam has to tell. 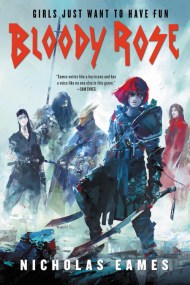 If Jaskier was your favorite character, then you’ll want to pick-up this stand-alone fantasy novel by Nicholas Eames. Bloody Rose is the story of a mercenary group’s mission to be the best there ever was. But monsters, rivals, and a fair number of wicked hangovers lie between them and glory. The tale is told from the bard’s perspective, and as you’ve already learned from The Witcher, there is no more important person to an aspiring hero than a loyal and talented musician.

Did you love seeing Yennefer’s training at Aretuza? 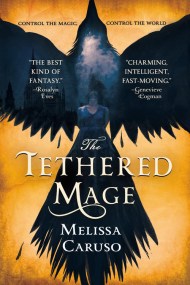 What’s great about the magic school setting in fantasy is seeing the different takes each author brings to their core curriculum. And frankly, I think Harry Potter could have benefited from a few lessons in diplomacy and statesmanship from Tissaia de Vries to curb that “Incendio, first ask questions later” attitude of his. But the training Aretuza’s female magicians receive is rife with ethical dilemmas to think about and debate.

Yennefer's backstory in episodes “Four Marks” and “Betrayer Moon” is an interesting sequence that was expanded from the original source material in the books.  If you enjoyed these episodes, then pick up Melissa Caruso's Swords and Fire trilogy. As they are in the four kingdoms of Redania, Kaedwen, Aedirn, and Temeria, the mages of Raverran are bound by the laws of their non-magical rulers and only allowed to use their powers at the direction of a state-appointed handler. But when a noble lady comes to be accidentally paired with a rogue fire mage, events that could topple the status quo are put into motion. 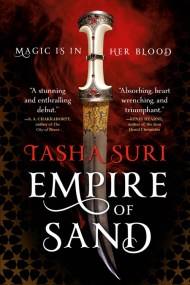 No one made a better entrance than Queen Calanthe striding into her hall in full armor, beer stein in hand. If you too would pledge fealty to her banner and follow Queen Calanthe into battle, check out Tasha Suri’s The Books of Ambha.

This duology of stand-alone novels is about two fierce women from different walks of life, reclaiming the power and the legacy of their people from the colonizers who have subjugated them. But the price of freedom must be paid in blood.

Geralt the White Wolf of Dads. 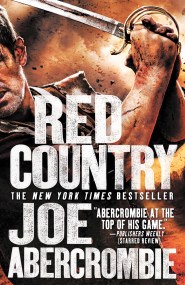 One of the most endearing things about The Witcher is the relationship between reluctant father-figure Geralt and Ciri, his ward. Joe Abercrombie’s Red Country has a similar relationship at its heart between Shy South and her stoic step-father Lamb.

Red Country has light western vibes too. So if you enjoyed The Mandalorian this fall and coo’ed at the interactions between Mando and Baby Yoda in between those raucous Outer Rim battles, you’ll love this book. Though be warned, Joe Abercrombie’s books are not for the squeamish. But I’m sure decapitations and gut wounds don’t bother you if you’re a fan of The Witcher.

Butcher? The Badass of Blaviken, you mean? 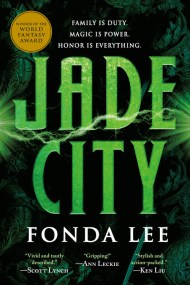 The fight choreography in The Witcher is really spectacular, worthy of the big screen in our opinion. If you liked the pulse-pounding action sequences at Blaviken, Cintra, or Sodden, you’ll love the cinematic quality of Jade City by Fonda Lee.

Jade City is a stunning cocktail of underworld intrigue, complex magic, and family secrets delivered at a relentless pace. If you like books with a lot of action in a city setting such as Brandon Sanderson's Mistborn series, you’ll love The Green Bone Saga.

Bruxas, and wyverns, and hirrikas, oh my! 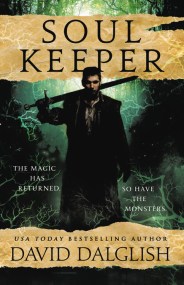 For those of you who played the games, were your favorite moments the monster fights? Ours were, and it was great seeing creatures like the striga and kikimora brought to life in a new medium.

Soulkeeper by David Dalglish is full of monster battles on an epic scale. What is a Soulkeeper, you ask? It’s a special class of traveling priests sworn to peace. But when soulkeepers start turning up dead, Soulkeeper Devin Eveson chooses to break his vows to defend the monsters who have risen up against humanity.

The Battle of Sodden: saving the best big battle for last. 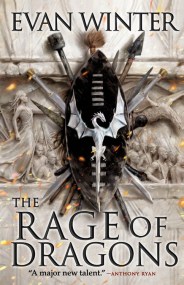 When magic and giant armies collide, every audience member wins.

You know who else does major battles well? Evan Winter. The Rage of Dragons opens with a giant battle and ends with an even larger one. The world-building really shines in this African-inspired fantasy. It’s a harsh world that Tau is born into, one with a rigid class system and a large wealth disparity. In order to take his revenge on the men who killed his father and destroyed his life, Tau will need to break the established order with the strength of his hands and the skill of his swordsmanship.

Go back to the source. 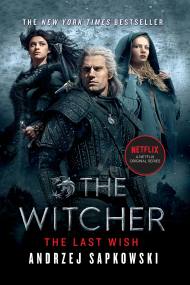 What should you be reading after you’ve finished season one of The Witcher? Why not the Witcher books themselves. Relive your favorite moments from the show by checking out the two short story collections, The Last Wish and The Sword of Destiny. Or pick up where the show leaves off by starting the Witcher Sage, which begins with The Blood of Elves. If you’re wondering where to start, here's the reading order we recommend.