Praise for The Doll People:

"[Readers] are in for a marvelous treat in this delicious fantasy."
—Kirkus, starred review
"Martin and Godwin inventively spin out their own variation on the perennially popular theme of toys who secretly come to life…Doll lovers may well approach their imaginative play with renewed enthusiasm and a sense of wonder after reading this fun-filled adventure."
—Publishers Weekly, starred review
"It's not easy to write a good book about dolls. Martin and Godwin not only set up a realistic doll world but also provide a credible mystery. The story gets a wonderful boost from Brian Selznick's pencil drawings...he catches every bit of humor."
—Booklist
"Black-and-white pencil drawings illustrate this lively addition to the doll-fantasy genre."
—Horn Book
"A lighthearted touch and a dash of drama make this a satisfying read. Selznick's illustrations are perfectly suited to the innocent charm of the dolls and do much to draw readers into their world."
—School and Library Journal
"'The Doll People' is part of a solid tradition of doll stories. But Ann M. Martin and Laura Godwin have given their amusing novel a decidedly contemporary twist: 19th-century porcelain meets 20th-century plastic."—The New York Times
Praise for The Meanest Doll in the World:

"With its indelible mingling of wit, action, characterization, and art, this stands alone, but will especially thrill expectant fans of the original Doll People."—Kirkus, starred review
"The team behind The Doll People serves up a second helping of fanciful fun."—Publishers Weekly, starred review
"Readers...will hope for many more tales in the series for years to come."—Bookpage

"A thoroughly charming exploration of the fantasy that dolls are secretly alive. In this action-packed sequel, things heat up even further."

"The book's broad humor and action balance with smaller, more personal dramas…Selznick's illustrations, in their wit and profusion, tie it all together in one appealing package."

—Horn Book
"This fantasy is destined to be a favorite for years to come."—School Library Journal

Praise for The Runaway Dolls:

"Fans of the first two Doll People stories will be thrilled with number three."

"Fast-paced, satisfyingly developed, the book is doubly enjoyable for its foundation in a solidly imagined doll culture."

"Gentle humor, believable characters with distinct personalities, and a strong plotline will keep readers coming back for more."

"Readers are guaranteed very smooth sailing."
—Kirkus
"A rousing adventure that treats fans to thrilling action...and personable new dolls to discover."—Publishers Weekly, starred review
"The fourth installment of 'The Doll People' series is an adventure on the high seas...This is a good choice for independent readers ready to try something longer."
—School Library Journal
"Though it's not necessary to have read the first three entries, it's the stalwart fans who will be cheering 'Doll power!' the loudest as these beloved characters prove once again they can all work together."—Horn Book
Other accolades for the Doll People series: 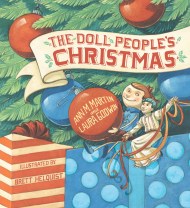 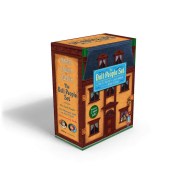 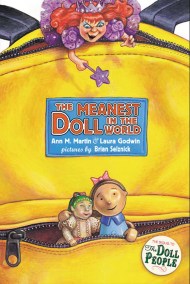