"A clever fusion of magic and sci-fi makes this book a total blast. I was hooked from page one."—V. E. Schwab, author of the Shades of Magic series
"A Big Ship at the Edge of the Universe is perfectly paced, full of intense, inventive action and refreshingly honest characters. It's the seamless hybrid of fantasy and sci-fi that you didn't know you always needed. Do you miss Firefly? Do you want it back? Well, sorry, not gonna happen. But this book is damn close."—Nicholas Eames, author of Kings of the Wyld
"[T]his ambitious start...combines magic and space opera to create a fast-paced adventure with charismatic characters and formidable enemies in a realized universe of greed and power."—Booklist
"To call this book fast-paced or action-packed is underselling it. Buckle up, readers: this is a ride you won't want to get off until the end."—B&N Sci-fi & Fantasy Blog
"Racing! Treasure and smuggling! A Big Ship at the Edge of the Universe is a gripping quest for justice among salvage and magic--I really loved it."
—Mur Lafferty, author of Six Wakes

"White's assured debut is an entertaining throwback with some fun worldbuilding and two great lead characters."—Publishers Weekly
"A Big Ship at the Edge of the Universe is a raucous genre-buster that careens through a series of hear-stopping curves and roars to a podium finish. Bratty, brilliant racer Nilah and hard-boiled cynic Boots are as winning a pair of strong female characters as I've met in years. A pacy plot, a diverse supporting cast, and a vivid set of worlds round out this highly entertaining series opener. Alex White is going to be leading the pack for years to come."
—Claire Humphrey, author of Spells of Blood and Kin

"A crazy blend of SF and fantasy concepts, with exciting characters and a brilliant universe - highly recommend!"—Jamie Sawyer, author of The Lazarus Wars series
"This universe's thrilling combination of technology and magic traps two tough women in a fight for their lives, and although Nilah has a better life to fight for, Boots is marvelously stubborn. Guaranteed to make you wonder what kind of sigil you'd draw in their world."—R. E. Stearns, author of Barbary Station
Read More Read Less 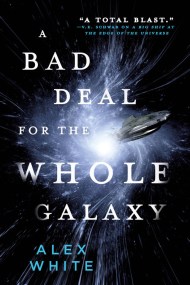 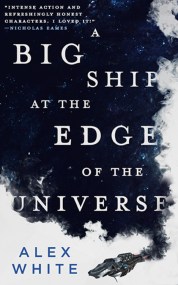