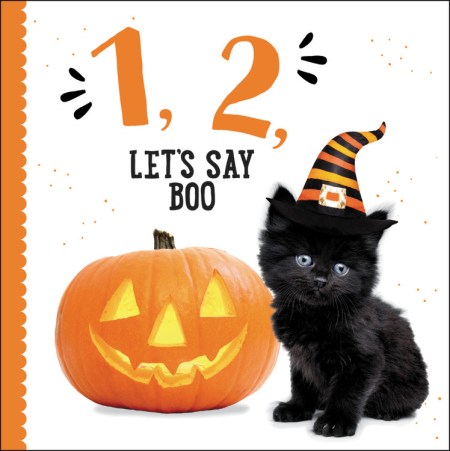 by Taylor Garland
Sing, count, and laugh with baby in this adorable Halloween board book retelling of a classic nursery rhyme!
In this Halloween nursery rhyme reimagining, pets are getting in on the trick-or-treating fun! Featuring heart-melting animal photography and a simple counting lesson, this board book is a perfect seasonal sing-along for you and baby. 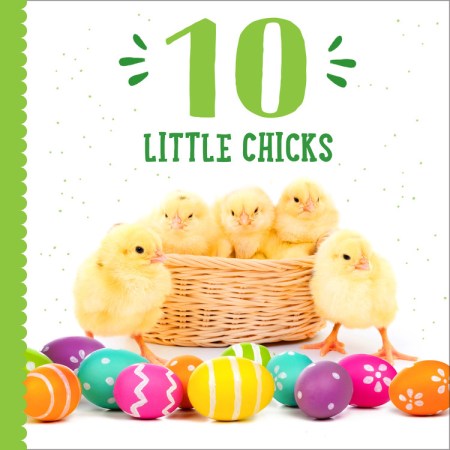 by Taylor Garland
Count down from ten in this sing-along springtime board book reimagining a classic nursery rhyme with adorable animal photography!
All kinds of babies are coming home in this charming retelling of the nursery rhyme “Five Little Ducks,” featuring the cutest photographs of puppies, lambs, piglets, and more! Just in time for Easter, this board book is perfect for learning animal names, counting, and singing together with baby. 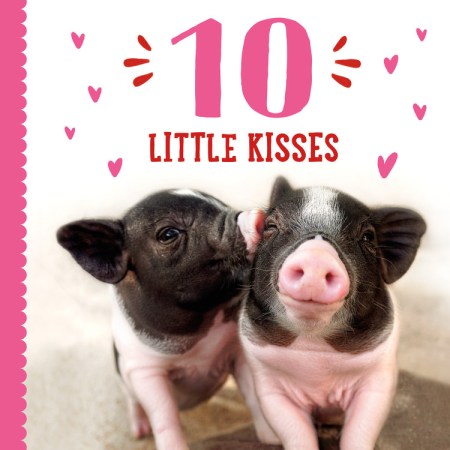 by Taylor Garland
Count to ten with baby in this board book that reimagines the popular nursery rhyme with adorable photos of love in the animal kingdom!

This Valentine’s Day, everyone from puppies to polar bears is saying “I love you!” Share hugs and kisses–and an easy counting lesson–with baby in this sing-along board book full of sweet animal photography. 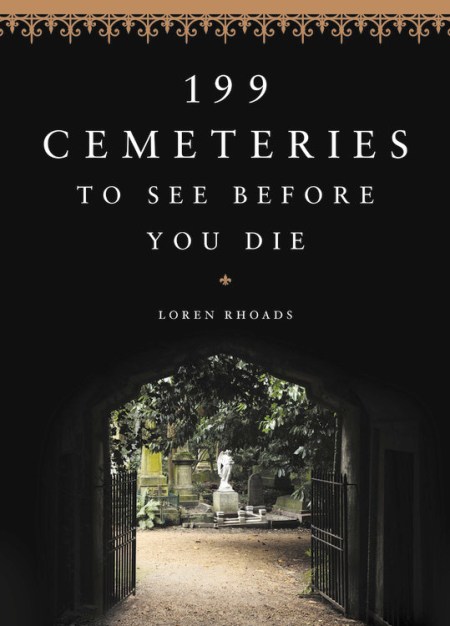 199 Cemeteries to See Before You Die

by Loren Rhoads
A hauntingly beautiful travel guide to the world’s most visited cemeteries, told through spectacular photography andtheir unique histories and residents.

More than 3.5 million tourists flock to Paris’s PÃ¨ Lachaise cemetery each year.They are lured there, and to many cemeteries around the world, by a combination of natural beauty, ornate tombstones and crypts, notable residents, vivid history, and even wildlife. Many also visit Mount Koya cemetery in Japan, where 10,000 lanterns illuminate the forest setting, or graveside in Oaxaca, Mexico to witness Day of the Dead fiestas. Savannah’s Bonaventure Cemetery has gorgeous night tours of the Southern Gothic tombstones under moss-covered trees that is one of the most popular draws of the city.

199 Cemeteries to See Before You Die features these unforgettable cemeteries, along with 196 more, seen in more than 300 photographs. In this bucket list of travel musts, author Loren Rhoads, who hosts the popular Cemetery Travel blog, details the history and features that make each destination unique. Throughout will be profiles of famous people buried there, striking memorials by noted artists, and unusual elements, such as the hand carved wood grave markers in the Merry Cemetery in Romania. 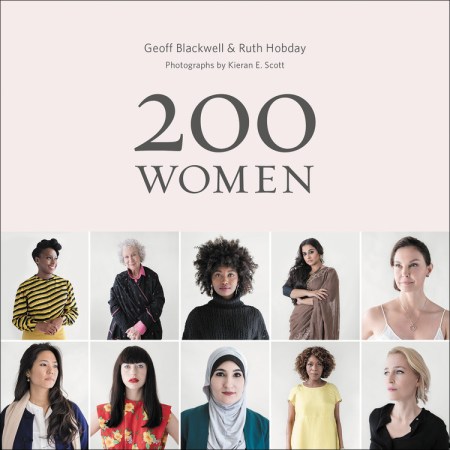 This updated, abridged edition includes powerful new interviews and stirring quotes alongside selections from the original book, all answering the same five questions. Featuring empowering stories, this new edition is an illuminating listen for the modern woman.

• Equality is explored through diverse interviews with women from around the world
• Brave insightful interviews with women — famous as well as unknown, rich and poor, black and white, leaders, victims, survivors and heroes
• Women featured include Angela Davis, Alice Waters, Amber Heard, and Isabel Allende

Fans of In the Company of Women, The Atlas of Beauty, and Bad Girls Throughout History will love this book. 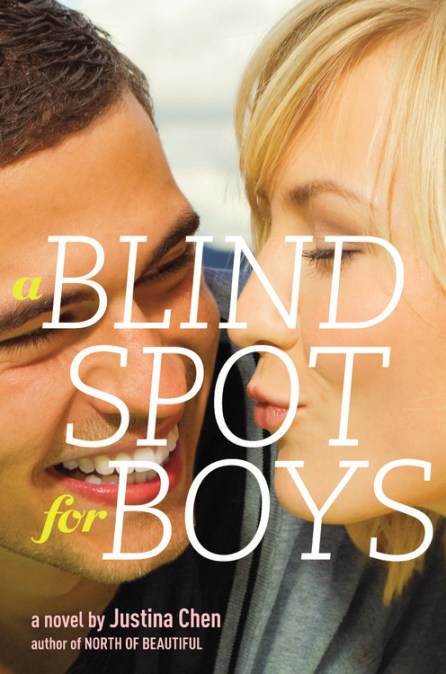 A Blind Spot for Boys

by Justina Chen
“A great photo knocks your heart open. So give some thought to that. What knocks your heart open.”
Sixteen-year-old Shana is officially on a Boy Moratorium. After a devastating breakup, she decides it’s time to end the plague of Mr. Wrongs and devote herself to her true passion: photography.
Enter Quattro, the undeniably intriguing lacrosse player who slams into Shana one morning in Seattle. Sparks don’t simply fly; they ignite–and so does Shana’s interest. But just as she’s about to rethink her ban on boys, she receives crushing news: Her dad is going blind.
Shana and her parents vow to make the most of the time her father has left to see, so they plan a photo safari to Machu Picchu. But even as Shana travels away from Quattro, she can’t get him out of her mind.
Love and loss, humor and heartbreak collide in this new novel from acclaimed author Justina Chen. 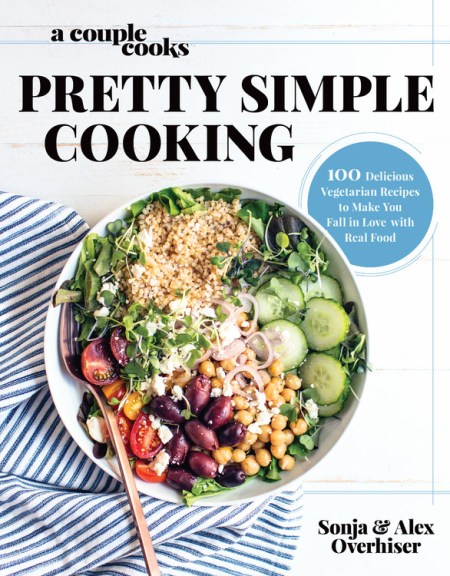 by Sonja Overhiser by Alex Overhiser
Popular husband-and-wife bloggers and podcasters (acouplecooks.com) offer 100 recipes with an emphasis on whole foods and getting into the kitchen together.

Pretty Simple Cooking was named one of the best vegetarian cookbooks by Epicurious and best healthy cookbooks of 2018 by Mind Body Green.

A love story at its finest, Alex and Sonja Overhiser first fell for each other–and then the kitchen. In a matter of months, the writer-photographer duo went from eating fast and frozen food to regularly cooking vegetarian meals from scratch. Together, the two unraveled a “pretty simple” approach to home cooking that kicks the diet in favor of long-term lifestyle changes. While cooking isn’t always easy or quick, it can be pretty simple by finding love in the process.

A Couple Cooks | Pretty Simple Cooking is an irresistible combination of spirited writing, nourishing recipes with a Mediterranean flair, and vibrant photography. Dubbed a “vegetarian cookbook for non-vegetarians”, it’s a beautiful book that’s food for thought, at the same time providing real food recipes for eating around the table. The book features: 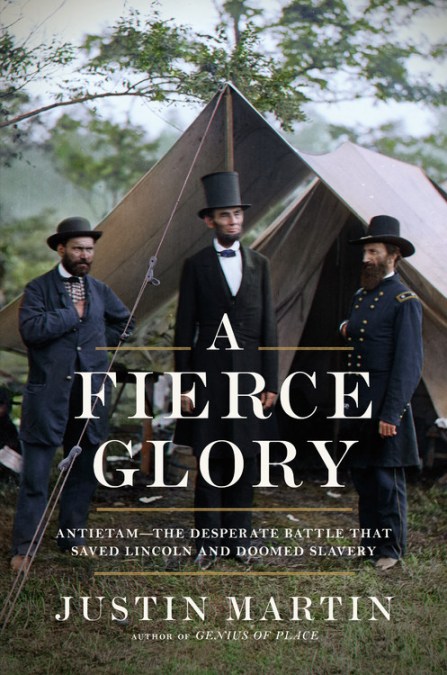 by Justin Martin
On September 17, 1862, the “United States” was on the brink, facing a permanent split into two separate nations. America’s very future hung on the outcome of a single battle–and the result reverberates to this day. Given the deep divisions that still rive the nation, given what unites the country, too, Antietam is more relevant now than ever.

The epic battle, fought near Sharpsburg, Maryland, was a Civil War turning point. The South had just launched its first invasion of the North; victory for Robert E. Lee would almost certainly have ended the war on Confederate terms. If the Union prevailed, Lincoln stood ready to issue the Emancipation Proclamation. He knew that freeing the slaves would lend renewed energy and lofty purpose to the North’s war effort. Lincoln needed a victory to save the divided country, but victory would come at a price. Detailed here is the cannon din and desperation, the horrors and heroes of this monumental battle, one that killed 3,650 soldiers, still the highest single-day toll in American history.

Justin Martin, an acclaimed writer of narrative nonfiction, renders this landmark event in a revealing new way. More than in previous accounts, Lincoln is laced deeply into the story. Antietam represents Lincoln at his finest, as the grief-racked president–struggling with the recent death of his son, Willie–summoned the guile necessary to manage his reluctant general, George McClellan. The Emancipation Proclamation would be the greatest gambit of the nation’s most inspired leader. And, in fact, the battle’s impact extended far beyond the field; brilliant and lasting innovations in medicine, photography, and communications were given crucial real-world tests. No mere gunfight, Antietam rippled through politics and society, transforming history.

A Fierce Glory is a fresh and vibrant account of an event that had enduring consequences that still resonate today. 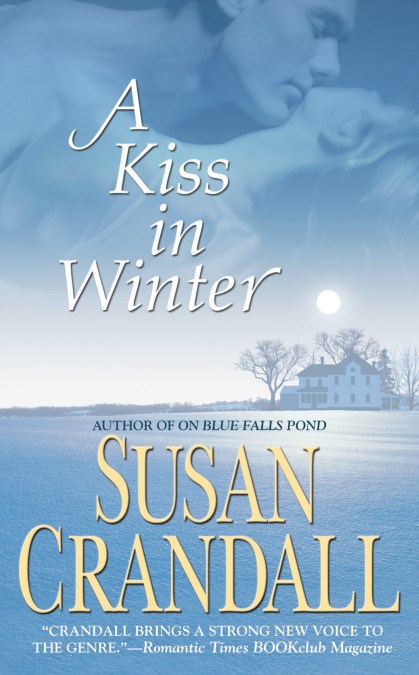 A Kiss in Winter

by Susan Crandall
Six years ago tragedy struck and Caroline Rogers had to make tough decisions to sell the family farm and put her life on hold to raise her younger siblings. Now that they’re entering adulthood and her long-delayed photography career is taking off, she can almost taste the freedom.

Shaken by self-doubt, Dr. Mick Larsen turns his back on his big-city psychiatric practice and settles for the small-town quiet of Redbud Mill, where he can hide his past successes and failures. To Caroline, he shows only a man who wants to put down roots and start a family–good reasons for her to stay away. Then someone starts vandalizing local landmarks she has photographed. Now Caroline must convince a man with little faith in his own abilities that he can help her find the disturbed mind in their midst. But even as she teaches him to trust himself, she must fight the temptation to trust him with her future and her heart. 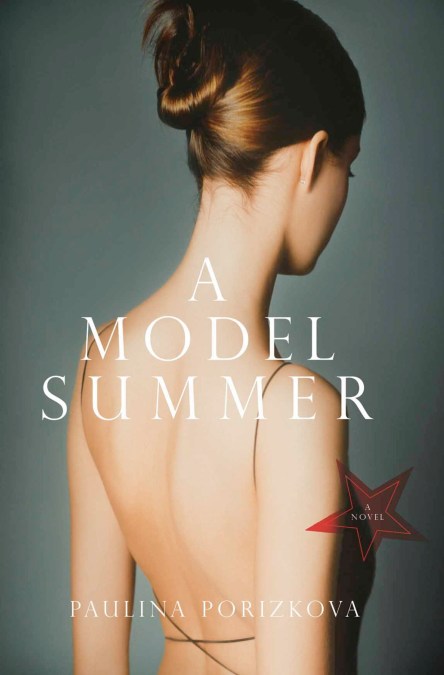 by Paulina Porizkova
An incisive, beautifully written first novel by a former supermodel that explores the glamorous and gritty world she inhabited Only a handful of women in the world have experienced what Paulina Porizkova has–being whisked away to model in Paris while still a teenager, reaching the pinnacle of the profession before her schoolmates had even graduated–and fewer still have the insight to capture it on paper. In her first novel, Paulina tells the story of Jirina. A tall, scrawny fifteen-year-old girl from Sweden, she’s much more accustomed to taunts and disdain than admiration and affection, whether from her classmates or her own family. That all changes when her only friend, Hatty, asks to practice her makeup and photography skills on Jirina. Almost before she knows it Jirina is on a plane to Paris, where she will spend the summer in a milieu entirely alien to her. Living at the home of her modeling agency’s owner and constantly subjected to blunt physical assessments, catty and often cruel fellow models, and womanizing photographers–and, miraculously enough, while sometimes feeling truly beautiful–Jirina embarks on a journey beyond her wildest imaginings. Between photo shoots in Italy and Morocco and parties with models and musicians, Jirina manages to make a few friends, fall in love, and, eventually, feel the very adult pain of betrayal and heartbreak. Told with the grace, simplicity, and accuracy that can only come from real-life experience, A Model Summer is both the debut of a notably talented novelist and an unusually well-informed look behind the scenes at a world many people fantasize about, but few really know.
Next Page