Pearl Harbor Day is observed every year on December 7th to remember and honor the 2,403 Americans who lost their lives during the attack on Pearl Harbor. One way to honor those lives is to read up on the history of the attack and its aftermath. Though the people who died on that day cannot tell their own stories, historians and survivors can. There are a lot of wonderful books full of those stories, as well as books that help illuminate and explain the broader history of World War II. If you’re looking for books to read for Pearl Harbor Remembrance Day 2020, these five are a good place to start. From the heartbreaking stories of the many brothers who died at Pearl Harbor to the inspiring story of the women who broke codes during the war, these books all have something unique to offer about a tragic moment in American history. 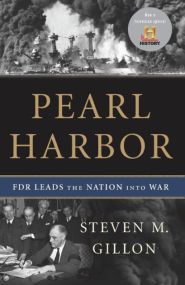 A must read for all history buffs, Pearl Harbor is a thorough and riveting look at the attack on Pearl Harbor, an event that changed America forever. Historian Steve M. Gillon provides readers with a detailed, minute-by-minute account of the assault and its aftermath. Gillon focuses on the actions of President Roosevelt, illuminating the many ways that Pearl Harbor, and the war that followed, forever changed the course of his presidency. He examines how Roosevelt served as both an inspiring and shrewd leader, comforting the nation even as he made hard discussions about what to revel to the public. If you're looking for a book that gets into the gritty details of what happened in the first twenty-four hours after the attack, this one won't disappoint.

Thousands of lives were lost at the attack on Pearl Harbor. Tragically, many of the men serving on the US military fleet—and many who died—were also brothers. Brothers Down is the heartbreaking story of those men. In this deeply personal and thoroughly researched book, historian Walter R. Borneman tells the story of Pearl Harbor through the eyes of the men serving aboard the USS Arizona. Of the 1,117 men who died on the Arizona, sixty-three of them were brothers. Drawing on firsthand accounts and unpublished material, Borneman weaves their stories together with those of their wives, sweethearts, parents, and families. The result is a thoughtful and moving look at the devastating toll the attack took on families all over America.

The solders who fought during World War II are widely and rightly recognized for their service. But many others contributed to the war effort, including the thousands of women who worked as codebreakers. These women have received little attention or recognition, despite the crucial role they played in the war. In Code Girls, Liza Mundy brings the astonishing  and heroic accomplishments of these women to life. Recruited from all over the country, these young women moved to Washington, where their work as codebreakers saved lives and helped secure victory, all the while changing the field of cryptanalysis forever. Drawing on interviews from surviving code girls and full of original research, Mundy's book is a compelling story of American ingenuity and service, and a must-read for anyone interested in the full history of World War II. 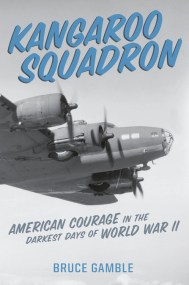 While the attack on Pearl Harbor sent the American military into disarray, one squadron stationed in Australia stepped up to the plate. Kangaroo Squadron tells the remarkable story of this group of soldiers. Though undersupplied, vastly outnumbered by Japanese forces, and without any ground support, the pilots of Kangaroo Squadron proved successful, resourceful, and resilient. Their many achievements included the rescue of General MacArthur and his staff from the Philippines. Historian Bruce Gamble draws on an array of first person services, including letters, memoirs, and diaries, to bring this often overlooked story to light. Intertwined with the stories of the men of Kangaroo Squadron is the story of the "Swamp Ghost"--a bomber that crashed on its first mission, and was only recovered after lying in a swamp for almost seventy years. 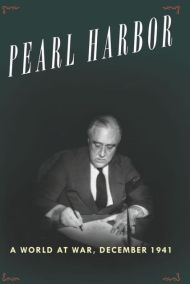 Three days before Christmas in 1941, Winston Churchill flew to Washington to meet with President Roosevelt. The two leaders jointly lit the White House Christmas tree and then met to plan out their war strategy. Pearl Harbor Christmas is the story of that visit, and of the 1941 holiday season all over the globe, a time when much of the world was in the midst of—or on the edge of—war. Americans were still reeling from the attack on Pearl Harbor. Europe was already in the middle of war. In Japan, the force that attacked Pearl Harbor returned triumphant. American soldiers in the Philippines were clashing with Japanese forces. Against this backdrop of global chaos, Stanley Weintraub paints a vivid picture of what it was like to live through Christmas 1941.