World War II: it’s one of the most frequent subjects of books, films, and television ever, and yet almost eight decades later, we still haven’t heard about everything that went on. It would be impossible, really. The world population in 1940 was estimated to be around 2.3 billion people. A large percentage of those people were affected by the war, and many of them are still alive today to share their stories.

Many people know a lot of the general history of WWII, but it’s the smaller, lesser-known events that can really shock and amaze readers. Here are 10 books that cover such events, and share breathtaking, unbelievable stories of courage and strength. 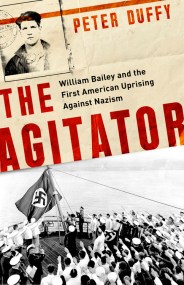 For many years, Hitler's dictatorship, anti-Semitic views, and interests in global domination went largely unchallenged. But in 1935, a man named William Bailey led a raid on the SS Bremen. The flagship of Hitler's armada, the SS Bremen, was docked in New York Harbor. Bailey led a small group that cut down the Nazi flag from the boat during a party, resulting in a fight and a media circus that brought American attentions to Hitler's bullying, dangerous intents.

Borneman takes readers back to the attack on Pearl Harbor, focusing on a detail not often mentioned. When the USS Arizona was destroyed in the attacks, an astonishing 63 of the Arizona's 1,177 dead turned out to be brothers. These are the stories of the lives of those men, told by surviving relatives.

This is the fascinating history of the secret code breakers during WWII. While the American men were across the sea fighting, these women moved to Washington and learned how to break codes, the result of which contributed to the war efforts immensely, saving countless lives and helping end the war. But the stories of these unknown heroes were kept secret...until now. 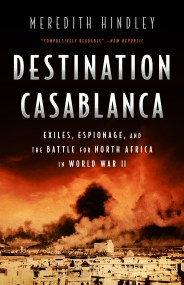 Everyone knows the film Casablanca, but not many people know the true history of Casablanca during the second world war. Hindley details how Casablanca was a travel destination, then a military target, after France's surrender to Germany, and how 33,000 American soldiers took control of Morocco in 1942, as part of Operation Torch.

A little-known plan for Hitler's last days, in which he wanted to round up 139 important people to take as hostages while he made his last stand against the Allies. This isn't what ended up happening, of course, but the stories of all involved are terrifying and fascinating.

New York Times best-selling author Keane details a terrifying bit of history: when the Nazis having their own an atomic bomb almost became a reality, and how a team of soldiers, scientists, and spies worked to make sure that Hitler never got his hands on atomic power.

Engineers of Victory: The Problem Solvers Who Turned The Tide in the Second World War by Paul Kennedy

Kennedy, one of the most renowned historians today, discusses how the Allied victory was orchestrated largely in part by ordinary soldiers, scientists, engineers, and businessmen. He examines inventions, innovations, and information that helped win the war.

This amazing book details a difficult subject: the often-unmentioned bloodiest battle of World War II. It was Europe’s largest land battle, in which 350,000 soldiers lost their lives in the fighting. Parker compiled his information from interviews with four hundred survivors.

One of the most bonkers true stories about World War II, this is the story of Eddie Chapman, a British con man who avoided imprisonment by becoming a double agent, and who helped collect invaluable information that helped thwart the Nazis.

A Life in Secrets: Vera Atkins and the Missing Agents of WWII by Sarah Helm

And last, but not least, the real-life cloak-and-dagger story of Vera Atkins, one of Britain’s premiere secret agents during World War II. Head of the French section of the British Special Operations Executive, Vera Atkins recruited, trained, and mentored special operatives, and after the war, Atkins embarked on a search for twelve of the women spies who had gone missing in action. (This story is the inspiration for Pam Janoff’s novel The Lost Girls of Paris.)