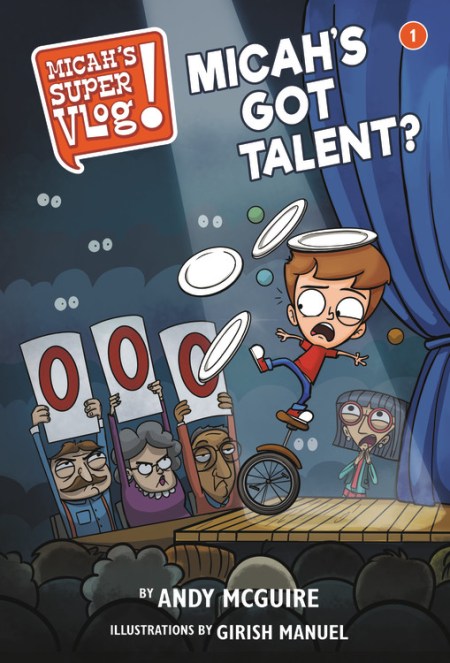 by Andy McGuire With Girish Manuel

There’s a talent show at school and the prize is too good for Micah to pass up. Will he discover his talent in time to win?

Based on the popular JellyTelly show, Micah’s Super Vlog, in book one of this series Micah wants to win the big talent show prize. There’s just one problem…he doesn’t know his talent. So, he sets out to try just about everything (especially the things his friends are good at) in order to find “his thing.” Discouraged with the process, Micah struggles with his identity but finally learns to have confidence that, in time, he’ll uncover his special gifts. 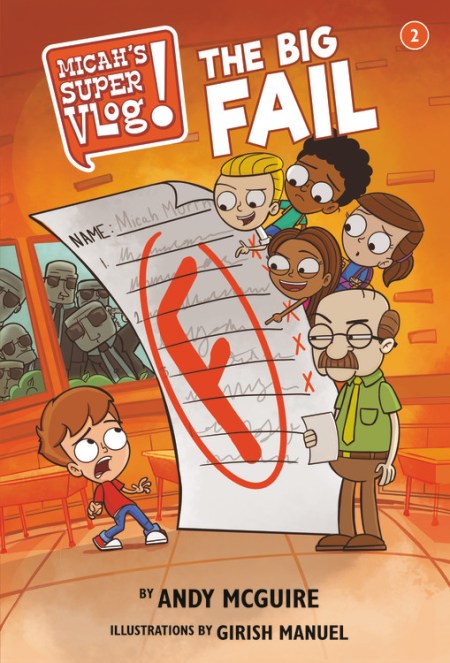 by Andy McGuire With Girish Manuel

When deciding whether to keep up the lie of his “A paper,” will Micah admit his mistakes or risk losing his friends?

Based on the popular JellyTelly show, Micah’s Super Vlog, book two in this series finds Micah wrestling with a decision facing every kid his age: to study or play video games? Micah chooses to ditch his responsibility, so it’s no surprise when the result is a big . . . F. Seeing that his friends did well on the same test, Micah is too ashamed to show his grade before changing the F to an A with a marker. Although he knows it’s wrong, Micah feels the need to keep up the façade . . . which only leads to more lying. Will Micah continue to be dishonest, or admit his mistakes before things spin so far out of control that he loses his friends? 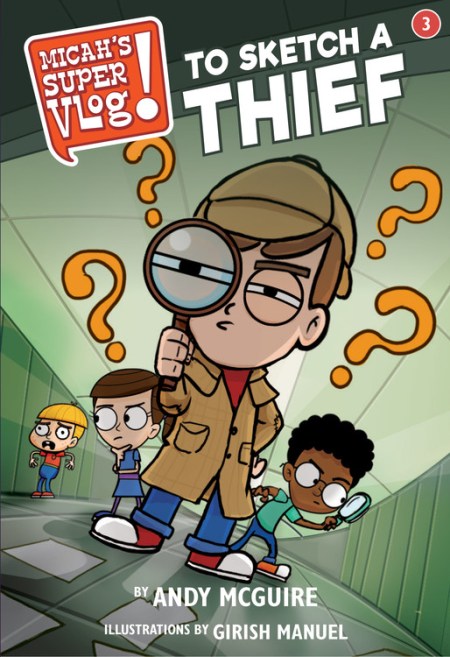 by Andy McGuire With Girish Manuel
In the third book of the Micah’s Super Vlog series based on JellyTelly’s popular animated web show, Micah and his friends learn the importance of honesty and of believing the best about each other.

When Armin’s sketchbook, Lydia’s lunch, and Micah’s shoes go missing at school, will the gang turn against each other before discovering the truth?

Based on the popular JellyTelly show, Micah’s Super Vlog, in book three of this series things mysteriously go missing at school. Accusations fly and friendships are put on the line. Faced with the struggle, can Micah and his friends learn to believe the best about each other, and work together to uncover who (or what) is really to blame? 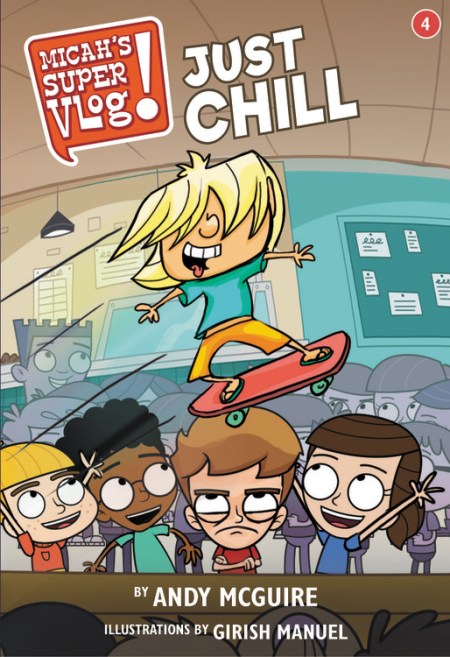 by Andy McGuire With Girish Manuel
In the fourth book of the Micah’s Super Vlog series based on JellyTelly’s popular animated web show, Micah and his friends learn about identity and what it means to be compassionate.

There’s a new kid in school. Will Micah give him a chance before writing him off?

Tre is cool but there seems to be more going on than meets the eye. Micah intends to find out what this guy is all about. When he discovers the new kid really does have a secret, will Micah accept Tre for who he is or continue to avoid him?