"Mr. Smith is a gifted writer whose lean, mean, prose underscores an extraordinary talent for creating atmospheric, vividly described scenes and characters....atmospheric and riveting."—Susan Pearlstein, Pittsburg Post Gazette
"A timeless story of good and evil...the luminous prose and depth of emotion Smith conjures in this beguiling book makes "Blackwood" one of the more literary entries in the [Southern noir] canon...There is an inclination to read the book quickly, but the beauty of the language demands you slow down to savor it."—Suzanne Van Atten, Atlanta Journal Constitution
"Smith's eye lingers on those elements of the Southern experience most people look right past...In the South of Smith's fiction, no portion of our landscape is too humble or hardscrabble to warrant study."—Matthew Guinn, Mississippi Clarion Ledger
"Miraculously beautiful...Smith's prose is both raw and poetic, like opera sung at a honky-tonk. His books are tinged with reverence, an intangible and nearly religious grace that watches over the often brutal events he describes, hinting at the possibility for redemption even in the most debased."—Ivy Pochoda, LA Review of Books
"Blackwood is a solid page turner, written in smooth prose"—Associated Press
"Unsettling, heartbreaking, and frequently astonishing, this Southern gothic never runs out of revelations...Such is the power of Smith's pitch-black poetic vision that the deeper you get into the book, the more entwined you are by its creeping effects...A gleaming, dark masterpiece by one of Southern fiction's leading voices."—Kirkus, starred review
"As in the best noir, a soul-strangling inevitability hangs over Red Bluff, yet somehow Smith gives his doomed characters a dignity in the face of forces well beyond their control"—Booklist, starred review
"Masterfully haunting...The writing is stunning and steady, but short chapters create an almost frantic apprehension as Colburn's noble search for himself is marred by wickedness, past and present."—Shelf Awareness
"In Smith's haunting, engrossing latest (after The Fighter), strangers awaken an evil force lurking in a small Southern town...Smith's meditation on the darkness of the human heart offers a moving update to the Southern gothic tradition."—Publishers Weekly
"Startling, brutal and eerie...Blackwood places Smith firmly among the masters of Southern gothic literature."—G. Robert Frazier, BookPage
"Blackwood feels like tumbling into a mirage. Smith's writing levels up with each book he writes"—Parnassus Books
"Michael Farris Smith has blown me away again with his powerful words and depiction of a small town in the South"—Page 158 Books
"Michael Farris Smith is writing with one of the most powerful and distinctive voices in current fiction"—Square Books
"A disturbing, tense, breathtaking novel by the masterful storyteller, Michael Farris Smith"
—The Country Bookshop
Read More Read Less 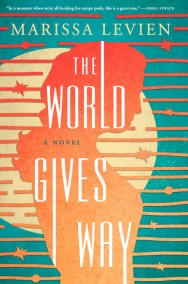