WHAT WOULD DOLLY DO?

A spirited homage to Dolly Parton that captures the unique humor, no-nonsense wisdom, flash, and sass of one of America's most iconic stars.

One of twelve children raised in a shack in the foothills of the Appalachian Mountains, Dolly Parton grew to become an international superstar famous for classic songs such as "Jolene," "9 to 5," "The Coat of Many Colors," and "I Will Always Love You." She is a reflection of the American dream, a role model for the ages, and a mentor to a whole new generation of entertainers. There is much to be learned from her unique brand, her big heart and spirituality, her grit and work ethic.

This lively, illustrated book--part biography, part inspiration, part words of wisdom and life lessons--highlights the very best of the "Dolly Mama," from her quotable Dollyisms, unrelenting positivity, and powerful spirituality, to her belief in the human ability to overcome adversity. Drawing on Dolly's two autobiographies, cookbooks and songs; as well as artifacts; books by her family members; biographies; and decades worth of television, print interviews and performances, What Would Dolly Do? shows you how to tap into your Inner Dolly with confidence, faith, and humor. 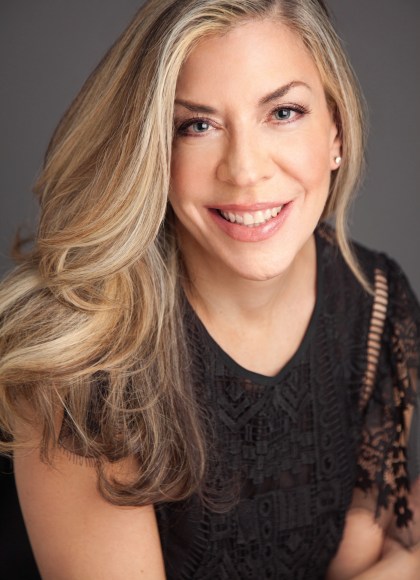 Lauren Marino is the former founding editor and editorial director of Gotham Books, where she published multiple bestsellers and award-winning books. She is the author of Jackie and Cassini and has collaborated with celebrities, doctors, and psychologists on their books. She lives in New York City.

What Would Dolly Do?

Find out who you are and do it on purpose.

As a skinny, bookish tween, I hitched a ride with neighbors from suburban Cincinnati up to the Ohio State Fair in Columbus to see Dolly Parton just before she became a mainstream star in 9 to 5 . Cincinnati was a Midwestern town, but being on the border of Kentucky, it was also a little bit country, and Kenny Rogers and Dolly Parton were my favorites. Once inside the fairgrounds, I ignored the other amusements (pig races! butter sculpture contests!) and abandoned the people who had driven me, so focused was I on camping out on the grass in front of the stage where Dolly would play. I was an excited ten-year-old whose anticipation, combined with the feeling of camaraderie among the audience, made me feel I was among friends. When she took the stage, there was something in that lilting soprano, the energy of her performance, and how the crowd reacted to her that woke up part of my soul. It committed me forever to a love of live music. One little woman on a big stage could move this entire group of people and bring them to their feet, to tears, or to hoot, to holler, and to sing along with her. It felt like magic to me. And it felt like home.

Decades later, now a jaded New Yorker, I was in the Nederlander Theater on Broadway, starting over both personally, after a drawn-out divorce, and professionally, after a successful and satisfying twenty-five-year career ended somewhat abruptly. I had to reinvent myself, and with two small children, I didn’t have the luxury of taking my time to do it. I needed inspiration. A role model. I sat through Kristin Chenoweth’s one-woman show and listened as she told the audience how, growing up in Arkansas as an aspiring singer and actress, she had very few role models other than Dolly Parton. As a kid, she wanted to be Dolly when she grew up. As Chenoweth burst into a spirited and stirring version of “Little Sparrow,” I burst into tears.

Dolly’s lyrics transported me back to that state fair and my spunky, free-spirited young self, determined to see my idol. While it was her incredible energy that drew me in as a girl, it was her poignant lyrics and the emotion and life experience behind them that moved me as an adult. The lyrics are simple but the nuances of pain and strength conveyed in them connected with me deeply. I was not that little sparrow, so easily broken. I would bounce back.

After that night, Dolly’s songs seemed to be playing  wherever I went. I would be out and hear “Jolene” on a jukebox or being covered by a favorite band. As one who believes in the magic of coincidences, this was becoming difficult to ignore. Yes, I know this sounds crazy, but Dolly even came to me in a dream and told me to buck up and get on with my life and, this time, have the courage to do things the way I wanted to do them, not the way anyone else thought I should. She reminded me I was still that independent-minded girl I had once been.

You could say I became a little obsessed. I started reading everything I could about her, listening to her music, watching her old TV interviews (go watch the 1977 Barbara Walters interview on YouTube—she is fierce!). The more I read, heard, and saw, the more fascinated I became. I was inspired. Not only is there so much more to her than meets the eye, but she is also a role model for the ages—and for all ages.

I went to Pigeon Forge and Gatlinburg, where I had vacationed growing up. I don’t know if it was going back to a place I knew as a child, or having such good, clean family fun with my kids after a rough couple of years, or talking with the friendly, chatty locals, or being turned upside down three times in a row at seventy miles an hour on the Tennessee Tornado roller coaster at Dollywood. Whatever it was, it restored me in some fundamental way.

I realized that if I could learn from and find such inspiration from her, then anyone who was in my shoes could, too. She speaks openly of the hard times of her childhood;  she relentlessly pursued her dreams and didn’t let anyone drag her down; she created success on her own terms—as a woman in a male-dominated (are there any that aren’t?) industry. She has a sense of humor and can be silly and childlike; she has good people in her life; she brings positive energy to all that she does; she has a deep spirituality and gives back. She does it all looking fabulous with a big ole smile on her face. I might never—okay, I will  never—be as accomplished or exceptional as Dolly, but she has many qualities I can certainly aspire to emulate.

She gave me hope and reminded me what I was made of at a time when I needed it most through both her songs and her example. None of us get out of this life unscathed. We only get one time around, so we need to make the most of it. There’s no better example on how to do this than Ms. Dolly Parton. As a result, I find it helpful when faced with a dilemma to ask the question, “What would Dolly do?” and it makes me stand a little taller.

I’m not the only one asking that question.

The University of Tennessee in Knoxville is now offering a class called “Dolly’s America: From Sevierville to the World,” using the life and legacy of Dolly Parton to teach students about the history and culture of Appalachia. It’s an honors course that associate professor Lynn Sacco says she came up with after hearing Dolly’s U of T commencement speech in 2009. Dr. Sacco told the New York Times that it was a really nerdy class. A nerdy honors history course. About Dolly Parton.

The head of the history department said that she “raises  so many fundamental questions worth asking in any humanities course—about how place shapes values, our ideas about success, the relationship between art and celebrity.”

As Dolly tweeted upon hearing about the course: “From the girl voted in High School ‘least likely to succeed’ this sure is a blessing!”

We could all use a little more tolerance, encouragement, and joy right now, as well as a reminder of what it’s like to pull yourself up by your bootstraps, old-school American dream–style. From a whip-smart and talented woman who does things her way. Hopefully she will inspire you and your own dreams, whatever they might be, just as she inspired me.

Some call her the “Dolly Lama” or the “Dolly Mama” because of her plethora of down-home wisdom, humorous one-liners, and self-deprecating jokes. Dolly Parton is famous for her Dollyisms, from “Don’t get so busy making a living that you forget to make a life” to “If you see someone without a smile, give them yours.” But beneath the quips is a complex, hard-driving, intelligent, and deeply spiritual woman.

While a prolific songwriter, she is also quite creative in dealing with the press. Having done so many interviews and being asked so many of the same questions over and over  (about her “invisible” husband, her bosom, her relationship with her best friend, her flamboyant appearance), she started to provide humorous answers. Answers that may or may not have been 100 percent true. As time went on, she started to provide these answers again and again, sometimes embellishing them, and the media and the public just ate it up. Having a sense of humor and being able to laugh at herself shows her self-awareness, intelligence, and wit. And these words of wisdom, tall tales, and exaggerations serve two purposes: They get a laugh and they give her an easy way to handle intrusive questions. In both of her autobiographies, she even includes a list of popular questions she gets and includes the answers she has come up with.

When Dolly puts a show together, she will sit down and write some funny things or jokes, and since she tends to think in rhyme and phrases, she can easily come up with a good one-liner. She also improvises a lot onstage, depending on the show, and when something works, she will use it again. She has been using “It costs a lot of money to look this cheap” for years and years, and it still gets a laugh. When you do the number of shows she does, or the number of interviews where the same questions get asked over and over again, it is worth having some structured answers. She is just more creative and deliberate about it than most people.

"This illustrated read highlights the best of Dolly's wisdom, positivity, and spirituality...this book helped me tap into my 'Inner Dolly' - her lessons made me feel inspired and confident!"—First For Women 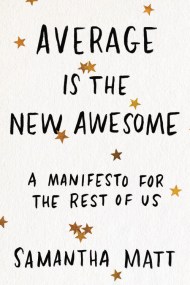 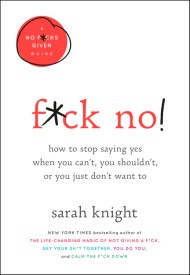 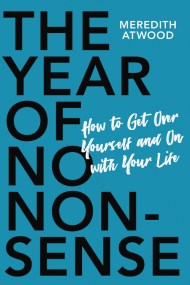 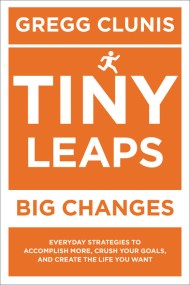 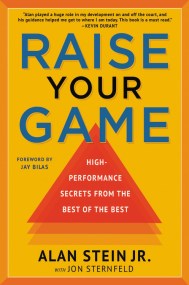 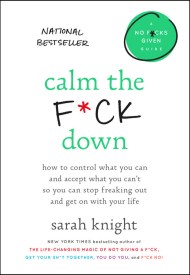 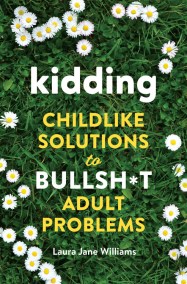 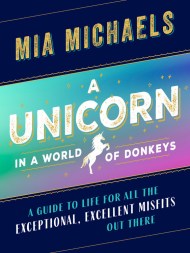 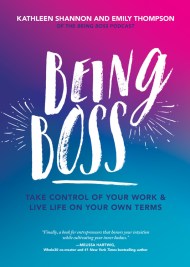 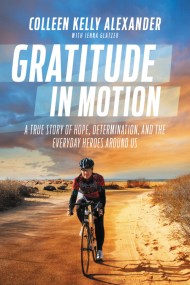 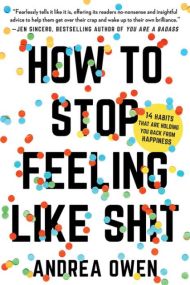