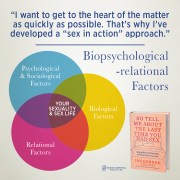 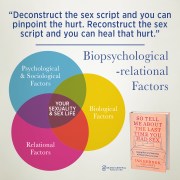 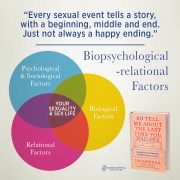 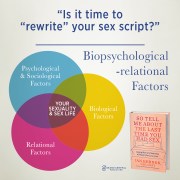 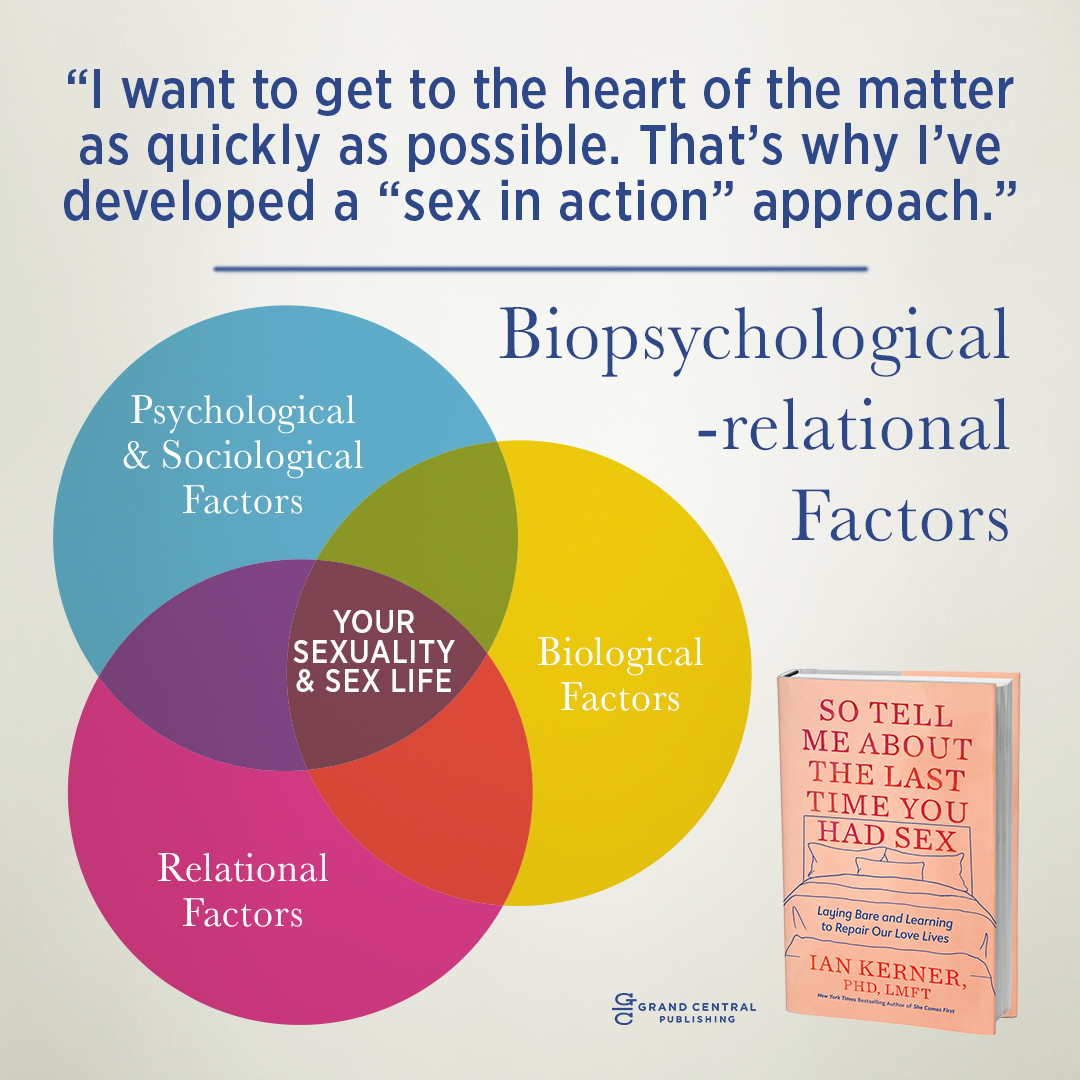 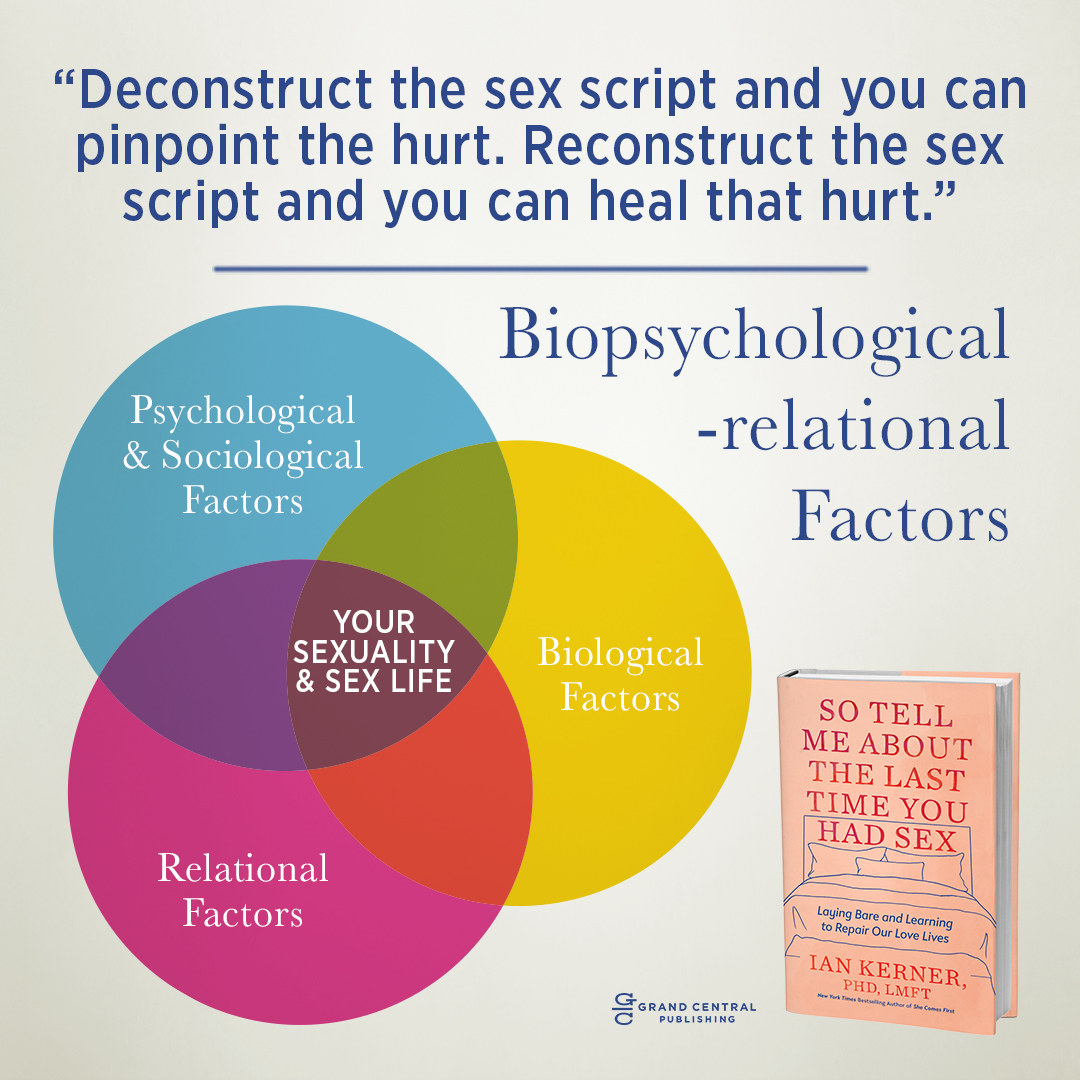 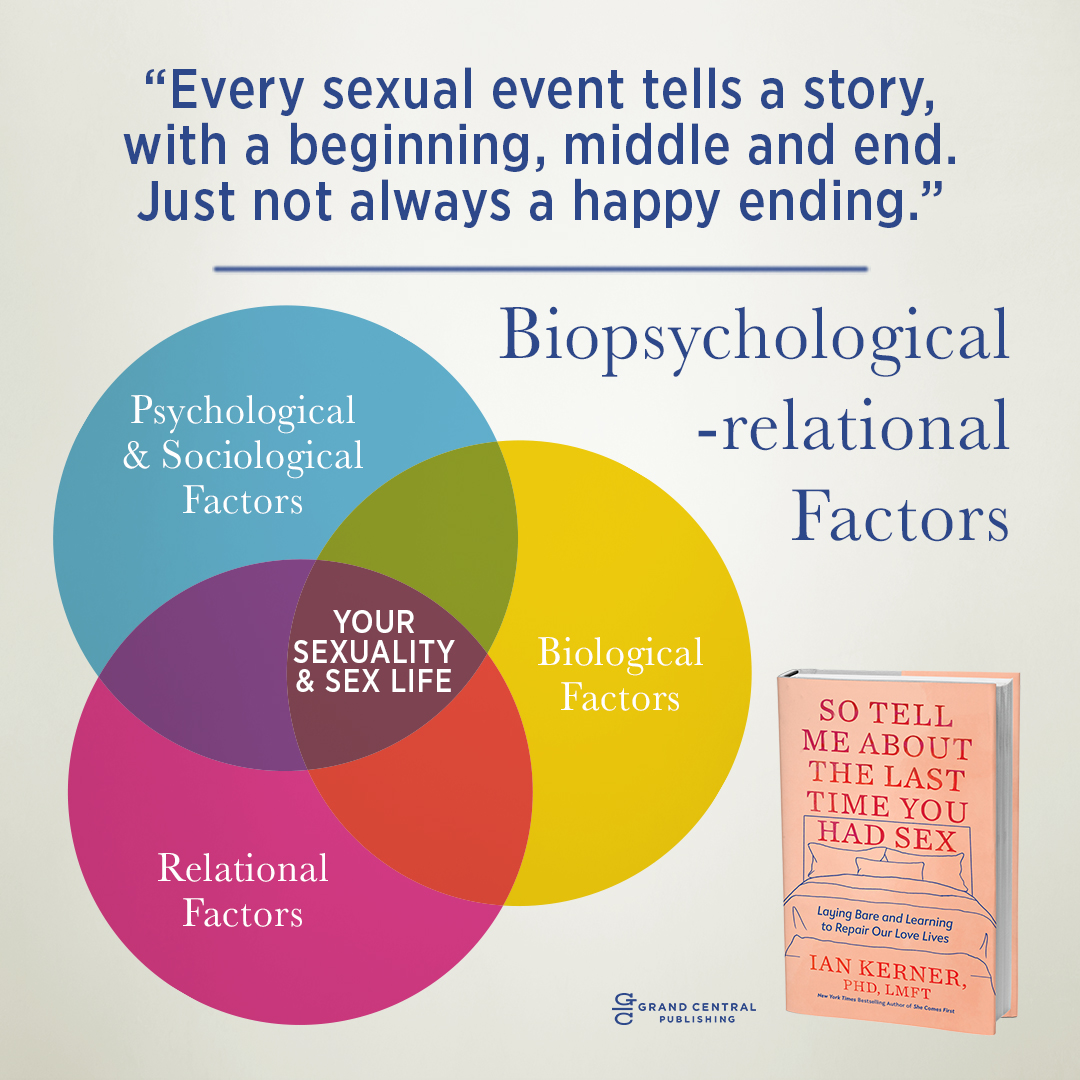 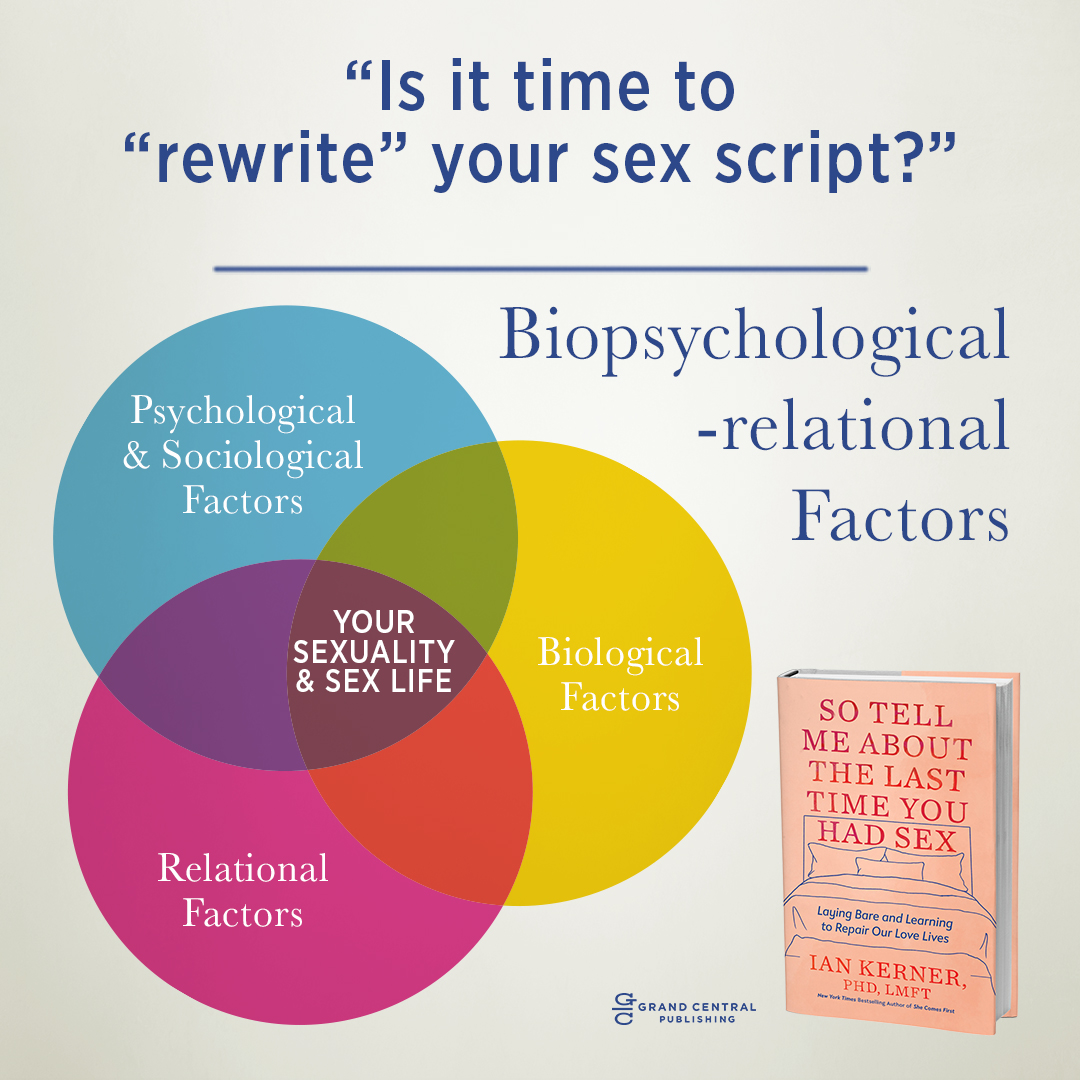 The Poetics of Sex

Sherlock Holmes walks into a room in which a crime has recently been committed. As he scans for clues, what is unseen by others becomes visible to him. Almost immediately an image of what has transpired takes shape in his mind’s eye.

And the game’s afoot.

During a first session with a new patient or couple, I always ask: “So, tell me about the last time you had sex . . .”

Every sexual event tells a story and leaves its own unique fingerprint: an impression of what happened and what didn’t happen; what was said or left unsaid; of pleasure taken and pleasure neglected. A single sexual event is rich with clues, and over the years, I’ve refined the art of the “sex-script analysis”—a way of looking at sex in action. Prompted by my questions, patients will describe a recent sexual event to me in step-by-step detail.

How did they decide to have sex? Who initiated? When and where did the event occur? How did they generate sexual excitement—with their bodies? Their minds? How did they amplify and intensify the

arousal? What behaviors did they engage in? What behaviors didn’t they engage in? What was off-limits and why? Who had orgasms? Who didn’t? What was the emotional and psychological impact of the experience? Did the sex leave them motivated to have more? If not, at what point did things get stalled? In the end, did the sex script work? Was it a success? Or was it a bust?

To a fly on the wall, the sex script is the progression of actions: clothes coming off, mouths finding each other, hands exploring,  body parts joining and unjoining, muscles tensing and releasing. But beneath the surface of the sex script is an emotional underground;   the mental space between bodies: sometimes sex is a bridge, other times it reveals a chasm. When the sex script works, we lose ourselves in arousal. Sex becomes a familiar dance, and we don’t think twice about the choreography. But when the sex script fails, it’s all we can do not to ruminate over the details.

Thinking recently about the concept of sex scripts, I recalled my days as a college playwright, when I was inspired by Aristotle’s Poetics, a slim and essential volume in which the Greek philosopher delineated the fundamental aspects of dramatic storytelling. In Poetics, Aristotle emphasized the importance of plot: the call to action that sets into motion a series of events that unfold over time in a unified, organic manner.

As in any great work of drama, there’s a structure to the process of a sexual event: a journey that encompasses a beginning, middle, and end—with each element taking its natural place in the overall sequence of events. What Aristotle wrote of great drama is what I per- personally believe is true of great sex: “Most important of all is the structure of the incidents . . . if any one of them is displaced or removed, the whole will be disjointed and disturbed.”1

But it doesn’t have to be that way. Over the years I’ve worked with thousands of people in countless ways to help them overcome sexual problems and inhibitions; to normalize what they’re going through so they don’t feel so alone; to bridge incompatibilities, discrepancies, and impasses with partners; to express their sexuality authentically; to push their way through trauma; to wrestle with self-control of their sexual thoughts, urges, and behaviors; to continue to expand their sexual horizons as an essential aspect of human growth and realize their sexual potential.

And so much comes down to the sex script.

I know that, to some, thinking about sex as a scripted event, with various elements that unfold in a sequence, may sound rigid, overly clinical, and off-putting, the opposite of spontaneity—which is what sex is “supposed” to be, right: spontaneous. I’m going to challenge that notion throughout these pages, but first let me say that I liken my overall approach to playing jazz. Sure, you want to improvise and really cut loose, but in order to do that, you and your partner need to know what song you’re playing, the genre, the key and chord progressions, the tempo, and so on. The legendary jazz bassist Ron Carter said of playing in the iconic Miles Davis Quintet from 1963 to 1968: “We were looking at every night going to a laboratory, Miles was the head chemist. Our job was to mix these components, these changes, this tempo, into something that explodes safely every night with a bit of danger.”2 That sounds like good sex to me—exploding safely, with a bit of danger—and to do that you have to know all the components you’re mixing.

With that aim in mind we will first and foremost discuss the fundamental elements of a sex script. In addition to this introduction, in the next chapter I will introduce you more thoroughly to the concept of a sex script and take you through my “sex in action” approach via a case study from my practice.

In Chapter 2, we’ll discuss the “launching” of a sex script and how couples often differ in their desire frameworks.

In Chapters 9 through 13, we’ll delve into the middle of the sex script and specifically discuss approaches and techniques for genital stimulation that are appropriately sequenced to sustain a sex script to its culmination.

In Chapters 14 through 16,  we will discuss the penultimate phase of a sex script, in which being incredibly “turned on” pivots into a state that is “turned off”—in other words, entering the sexual equivalent of a “flow state” in which certain parts of the brain deactivate and enable a sex script to culminate in mutual orgasm.

Part IV: All Together Now

In Chapters 18 and 19, we’ll pull together all of the elements in a step-by-step guide to constructing sex scripts that feel unique to your sexual personality and preferences, while also allowing you to experience sexual events of depth and meaning.

In Chapters 20 to 29 we’ll highlight many common problems, such as low desire and erectile unpredictability, for example, that may be interfering with your sex script. In this section, you may want to just skip directly to those chapters that are relevant to you and/or your partner, but I encourage you to read the chapters at the end of this part dealing with homework, exercises, and communication strategies.

Throughout the book, we’ll look at what’s working in your current sex script, what’s not, where you might be missing or mis-sequencing elements, and how to get the most out of each phase. In addition to bringing you my own clinical insights, I’ll also be including quotes from other therapists, educators, and researchers whom I consider to be the smartest and most informed voices in the field of human sexuality. Within these pages, you’ll encounter tips and tools, as well as homework assignments (both written and experiential), and, of course, case studies from my practice (with details changed to protect patient confidentiality).

My patient population is an even split between individuals and couples, with about 60 percent heterosexual and 40 percent LGBTQ+. It’s important to acknowledge that genitals get together in various combinations; often it’s a penis and a vulva, or maybe two vulvas or two penises, and sometimes when penises and vulvas congregate they don’t always do so in ways that are cis-gendered (when a person’s gender and their birth-assigned sex correspond). For example, a trans woman (born male-bodied) who hasn’t surgically transitioned may refer to her penis as a vulva because that’s what it feels like to her. Most of my patients are in monogamous relationships or aspire to be, but some are non-monogamous or polyamorous or hoping to actualize non-traditional relationship structures. Many of my patients, regardless of background, orientation, and identity, feel sexually marginalized or misunderstood, either by a partner, society, or both. While in many ways this book falls into the category of a traditional sex advice guide, I’m hoping it speaks to people of various gender and sexual identities regardless of whether they are in traditional or non-traditional relationships. No book can appeal to everyone, but I genuinely believe that the principles and practices you’ll encounter in these pages can be generalized to anyone.

In my office, during a session, we take apart the sex script, we tinker, and we tweak. For my patients, reflection and insight are paramount, but so is the ability to take action. They may leave my office with a greater understanding of the issues at hand, but they still have to do something. Talk isn’t enough, and the sex script is where insight and action converge. Almost without exception, every patient or couple leaves my office with a homework assignment that addresses a modification to the current sex script—an addition or subtraction of an element, or a change in the sequencing of an element. Then they bring back the data from their homework and we take it from there. But rather than just tell you about how I work with patients and their sex scripts, let me show you. 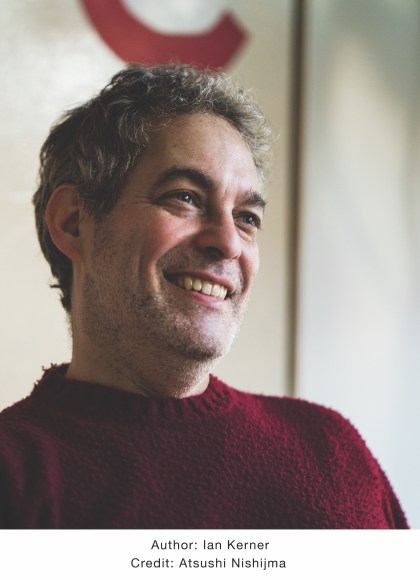 Ian Kerner is a licensed psychotherapist and nationally recognized sexuality counselor who specializes in sex therapy, couples therapy, and working with individuals on a range of relational issues. He is the New York Times bestselling author of She Comes First and many more, focusing on healing sexuality and relationships. He is a Clinical Fellow of the American Association of Marriage and Family Therapists; certified by the American Association of Sexuality Educators, Counselors, and Therapists (where he also sits on the board); the Society for Sex Therapy and Research; and the Institute for Contemporary Psychotherapy. 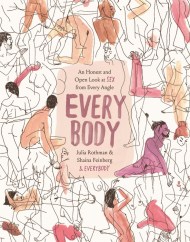 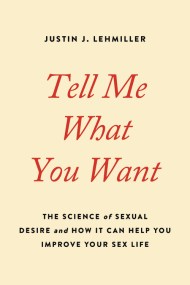 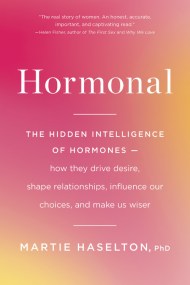 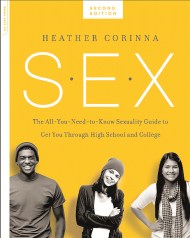 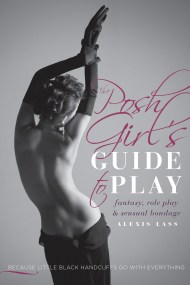 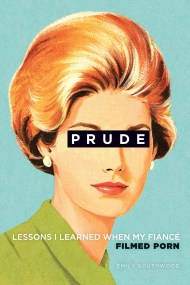 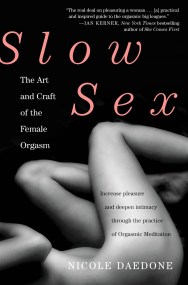 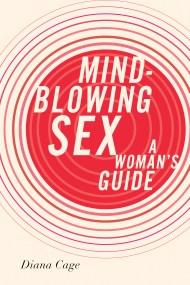 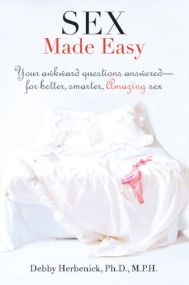 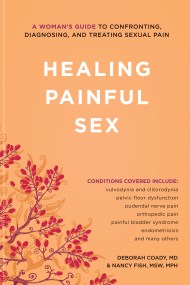 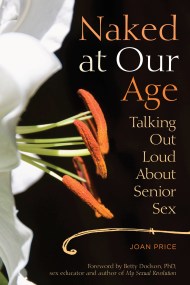 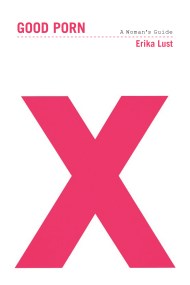