"Carey's unique and eminently readable style, with his excellent command of concise description and dialogue lends itself perfectly to the pacing of the book, one that we found ourselves wanting to re-read as soon as we finished it."—SciFi Now
"Like Humphrey Bogart meets John Constantine, Felix Castor makes for an enjoyably, untrustworthy guide through the undead-filled streets of London, as painted by Mike Carey . . . huge verve and energy . . . engaging and vivacious."—SFX
"Every bit as good as Jim Butcher, Carey hits his stride."—Publishers Weekly (starred review) on Dead Men's Boots
"The Devil You Know is a spectacular novel, one of the best supernatural thrillers I've read in years."—Douglas Preston, New York Times bestselling author of The Book of the Dead on The Devil You Know
"Witty, sardonic . . . irresistible . . . leaves the readers breathless."—Kirkus (starred review) on Dead Men's Boots
"An imaginative spin on the hard-boiled detective . . . mixes horror and humor in a way that spells good omens for future Castor novels."—Entertainment Weekly on The Devil You Know
"The Felix Castor novels are splashed with color and texture, their characters are larger than life (or death), and the stories are, well . . . out of this world. Castor is a remarkably believable character... A wholly engaging blend of the detective and fantasy genres."—Booklist on Dead Men's Boots
"Fast-paced . . . riveting . . . everything a paranormal thriller fan could want."—MonstersandCritics.com on Dead Men's Boots
"[A] deftly crafted, can't-turn-the-page-fast-enough read."—Kirkus (starred review) on Vicious Circle
"Felix offers a darkly droll take on the circumstances of his world, which is just as familiar, intricate, and morally tangled as our own."—Entertainment Weekly on Vicious Circle
"A treat . . . Castor follows up his excellent debut with this even better sequel . . . Genre-bending at its best."—Booklist (starred review) on Vicious Circle
"Engrossing . . . perfect . . . an ingeniously multilayered tale."—Publishers Weekly (starred review) on The Devil You Know
"Carey transcends his comic roots in this quirky, dark and imaginative tale that compels readers to keep turning pages long after they should have gotten to sleep."
—Kirkus (starred review) on The Devil You Know
"The author has mastered the challenge of incorporating the paranormal into a normal urban setting, and his refusal to pull punches makes this a harder hitting genre entry than many others."—Publishers Weekly on Thicker Than Water
Read More Read Less 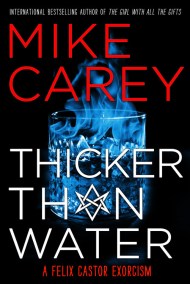 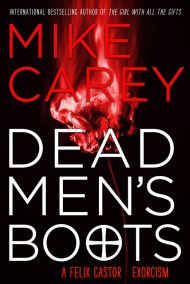 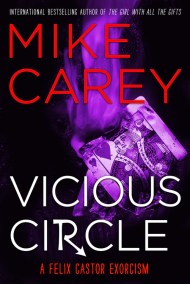 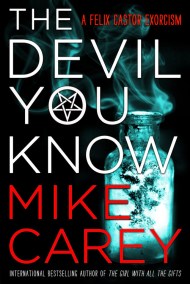