"The Wolf of Oren-yaro is intricate, intimate, and intensely plotted. Full of subtle poignancy and remarkably genuine characters-even the rotten ones. I loved this book."—Nicholas Eames, author of Kings of the Wyld
"A powerful new voice in epic fantasy. Villoso deftly creates an intricate and compelling world of high fantasy intrigue and adventure dominated by a crafty, whip-smart heroine determined to unite her kingdom at any cost."
—Kameron Hurley, author of The Light Brigade
"Intimate and epic. It compels you to read on, because it's a story about people not characters, civilizations not settings, and deadly power plays not sanitized throne-room politics."
—Evan Winter, author of The Rage of Dragons
"Deeply compelling and wonderfully entertaining, The Wolf of Oren-yaro feels at once timely and timeless. K. S. Villoso's lush and finely crafted world envelops readers from the first page, as she takes us on an adventure full of heartache, hope, and triumph. It's a fabulous read!"—Josiah Bancroft, author of Senlin Ascends
"A tale balanced on the blade's-edge between intrigue and action - and then Villoso twists the knife."
—Gareth Hanrahan, author of The Gutter Prayer
"Delivers complex and intriguing characters, and an action-packed plot full of surprising twists and deep, vivid world building."
—Melissa Caruso, author of The Tethered Mage
"[A] remarkable tale of nonstop tension, action, and betrayal . . . This excellent work will appeal to all readers of epic fantasy."
—Publishers Weekly (starred review)
"Readers will be swept in by this strong protagonist and stunning worldbuilding, with a plot full of questions and surprises. Villoso's cunning, exciting debut is a new fantasy epic that readers will clamor for."
—Library Journal (starred review)
“Villoso’s debut has superb world building and complex character development, and never gets overburdened by either.”
—BookPage¿s Best Books of 2020
"Villoso's debut draws on Filipino culture and myths to create a detailed fantasy world and uses the first person narrative of a beleaguered queen to explore a tale of secrets, lies, betrayal, and treason."
—Booklist
"K.S. Villoso's The Wolf of Oren-yaro is a fascinating read, driven by a well-drawn cast of characters in a beautifully imagined world."—Book Page
"The Wolf of Oren-yaro is a high-fantasy thrill ride that fans of the genre will appreciate, particularly those thirsting for a strong female main character."—Ars Technica
"K.S. Villoso dismantled the heavily stereotyped strong female character within epic fantasy and built it anew. Queen Talyien is flawed, beautifully so, making her one of the more realistic female characters I've read to date."
—Hypable
Read More Read Less

Chronicles of the B*tch Queen 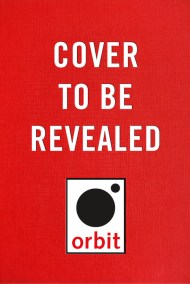 Chronicles of the Bitch Queen 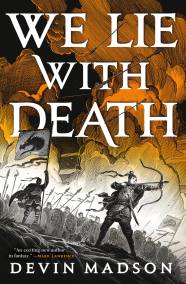 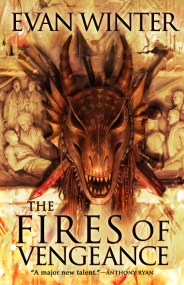