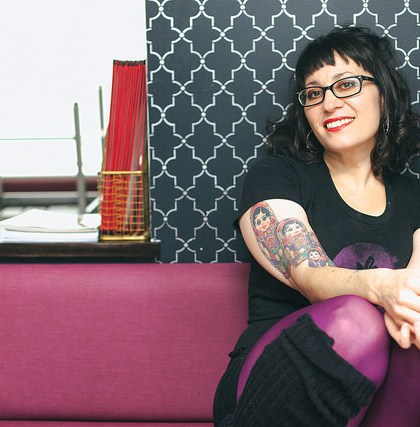 Isa Chandra Moskowitz is the bestselling author of the hit books Isa Does It, Veganomicon, Vegan With a Vengeance, and many other titles. In 2014, she opened her first restaurant, Modern Love, in Omaha, Nebraska.

Terry Hope Romero is the author of several bestselling and award-winning cookbooks. In 2011, she was named Favorite Cookbook Author by VegNews. She lives, cooks, and eats in Queens, NYC. 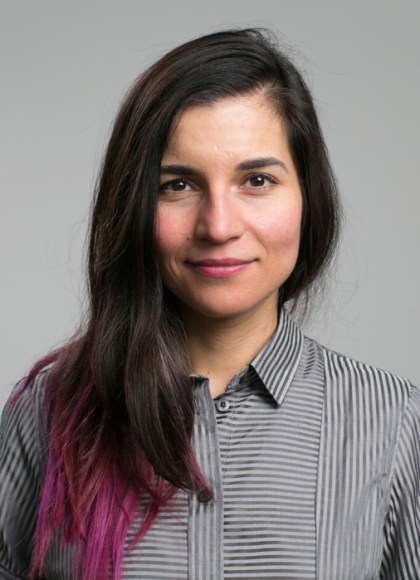 Sitting down to reread the Veganomicon introduction Isa and I crafted over ten years ago, initially I thought, "Throw it out! Gimme a fresh start!" I'm glad I soon got over that impulse. Even though we were just entering our cookbook-writing career at the time, there is still a lot of wisdom packed into a few sassy pages.

I smile when I read through the lines about how much we've grown since 2007. Although Veganomicon is absolutely the product of an urban upbringing, Isa for a short while did have an honest-to-gosh suburban kitchen in Omaha (one that I enjoyed very much baking pies in during our summer of wrapping up Vegan Pie in the Sky and with a view of picket fences, green lawns, and sprawling vegetable gardens). I graduated myself from the omnipresent New York rental apartment kitchen (good-bye lopsided stovetop, crooked plywood cabinets, and never the luxury of a dishwasher) to a co-op apartment in Queens populated with appliances I bought myself. Never could I have imagined the joys of scrubbing the insides of a refrigerator I actually own.

Our love of obscure pop culture and blatantly urban aesthetics aside (you can practically hear us complaining about hauling groceries up the subway entrance stairs), I think we made it abundantly clear our stance on vegan eating was for everybody. Everybody = the "newly minted since watching Earthlings" vegan, the battle-hardened eating-nutritional-yeast-by-the-spoonful since-1985-vegan, or just the adventurous omnivorous cook curious about seitan. Years later, I still hear stories from old friends and new acquaintances about the dog-eared copy of Veganomicon that's been hanging out in their kitchen for years. I get texts and Facebook messages with photos of a copy of Vcon (nickname since the start) propped up on a bookstore shelf in Tokyo, atop flatmate's fridge in Berlin, or used for pressing tofu in a long-lost college buddy's kitchen in Berkeley (nothing like a big fat hardcover vegan cookbook that can double as a tofu press). Veganomicon—-a title our metalhead friend Dro devised, which hinted at the vast, epic place vegan food would occupy in the culinary universe ten years later—no longer is whispered only on vegan message boards. It's now a household word, and occasional kitchen tool, the vegan culinary world over.

Then and now, we've appreciated every kind of chef who's cooked from this book. No matter how many "vegan points" they've amassed or how many meals they cook a week, Vcon is for anyone looking to eliminate meat and animal products from their diet one meal at a time. But we don't judge; we get that people are busy. We never preach. And we know you microwave frozen bean burritos for breakfast or eat cereal doused with almond milk for dinner and damn well enjoy it. For most of my own cookbook writing career I've been engaged in one full-time day job or another. Outside of developing recipes for cookbooks, there's forever a new recipe I'm working on that needs refinement, so there's rarely time to cook only for the pleasure of it. Sometimes it's cereal for supper, even for cookbook authors.

Not only have we changed, but the guerrilla vacant-lot garden of vegan food of 2007 has exploded into a vibrant and fascinating edible landscape in 2017. Americans now love vegetables! Tech money–funded meat substitutes are served in fancy destination restaurants, next-level gourmet veggie burgers baffle (still, really?) mainstream meat-eating food writers but are commonplace, and Brooklyn is home to a vegan cheese shop dedicated to selling artisanal vegan cheeses prepared with the same attention and care as their dairy-based counterparts. And beautifully, vegan cookbooks are not a fad, but a staple in any bookstore or public library. Vegan food = normal food still has a long way to go, but what a glorious and exciting time it is to go vegan… be it for a day, a week, a year, or we hope, the rest of your life.

What keeps me going still are the countless stories from fans across the world about how a few Veganomicon recipes changed not just what's for dinner, but changed minds and hearts. "Going vegan," a.k.a. to stop eating animals and products derived from animals, doesn't mean missing out or feeling deprived. It means cupcakes, lasagne, wholesome weeknight dinners with family and meaningful, no-bullshit-no-standing-in-lines homemade brunch with friends.

The care and attention stirred into making great food can go beyond those who eat that meal. Make a vegan meal and in a small yet impactful way you opt out of the system that exploits animals, the ecosystem, and our health. Make a great vegan meal to share and show others that chocolate chip cookies or tacos can be vegan and taste awesome, too. I'm so proud that ten years of Veganomicon have helped light that way. Here's to ten or more years of kicking ass and cooking up the resistance.

In the past ten years I've been (almost) all over the world. Sometimes packing up all the cats and straight-up moving, sometimes just exploring little vegan corners of the planet. I've lived in the vegan mecca of Portland, Oregon, where croissants and donuts cascaded out the doors of cruelty-free bakeries and vegan pizzas were flung high and proud in almost every pizzeria.

I dined at fancy French restaurants in actual France. Had the best Thai food ever in Melbourne. And stuffed my face on jerk tofu in the Caribbean.

And then, just to make life interesting, I relocated to Omaha Nebraska, where… not so much. But I lived there for six years, learning to garden (and drive), and watching as vegan awareness grew and grew. So much so that a new food hall had a few fabulous veggieful menu items at each turn, including homemade burgers, tofu bowls, and incredible slices of Sicilian pizza.

All of this makes it so interesting to revisit Veganomicom right now. Especially the introduction, which is just as true today as it was ten years ago. Vegan food is normal food. And its numbers are growing and growing. What does the future hold ten years from now, when Terry and I are all Grey Gardens and writing the twentieth-anniversary edition?

Keep cooking, keep innovating, keep making vegan food not only normal, but extraordinary. In ten years, let's hope that we are the standard and there are nonvegan options at the food hall for those people who just haven't caught up yet.