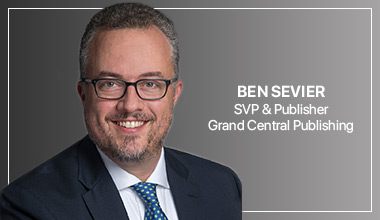 Ben Sevier is Senior Vice President and Publisher of Grand Central Publishing, an imprint of Hachette Book Group, joined the company in 2017. He oversees the acquisition and publication of the approximately 400 titles per year on Grand Central Publishing’s hardcover, trade paperback, ebook and mass market lists.  Ben is responsible for all aspects of publishing activities for its imprints, including Twelve, Grand Central Life & Style, Forever, and Forever Yours.

A native Californian, Ben lives in New York City with his wife and children.