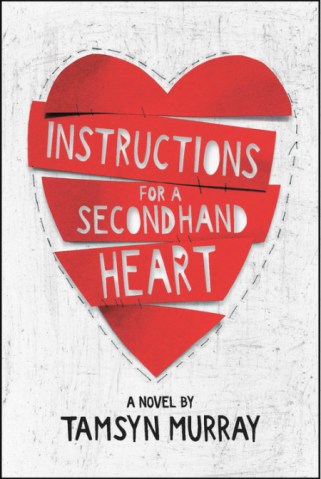 Love, Loss, and Everything in Between: 10 YA Novels About Grief

Loss is as inevitable as living, but it doesn't always play out in predictable ways. Here are ten YA novels about loss and the grieving process that range from heartbreaking to hilarious, and all underscore the power of love.

Instructions for a Secondhand Heart by Tamsyn Murray

Johnny is sick, and the one thing that will make him better is a new heart...but in order for him to get what he needs, someone has to die. That someone is Neve's brother Leo. Before the accident, Leo and Neve were endlessly competitive and Neve wanted nothing more than to step out of his shadow. Now that he's gone, Neve has a gaping hole in her heart. When Johnny reaches out to Neve, they embark on a friendship, told in alternating points of view, that will force them to confront their grief and open themselves up to the healing power of love and second chances.

How to Save a Life by Sara Zarr

Jill is adrift after her father's death, distancing herself from everyone who loves her. When her mom decides to adopt a baby, Jill is angry that her mom could try and replace their loss. Getting pregnant wasn't Mandy's plan, and she wants a loving family that will take care of her baby. When Mandy and Jill's lives collide, they'll find that love and connection can come in the most surprising and unexpected places, and that opening your heart to someone new doesn't mean replacing someone you lost.

37 Things I Love (in no particular order) by Kekla Magoon

Ellis's life has been suspended ever since her father's construction accident left him in a coma. Ellis hasn't given up hope he might one day wake up, so she's distraught when her mom tells her it's time to take him off of life support. While Ellis's world falls apart, her best friend Abby is oblivious to her pain, so Ellis begins to find comfort in an unexpected way.  While Ellis's shifting relationships prepares her for the major life changes ahead, she learns that while change is scary, sometimes it's necessary for life to move forward.

Lies My Girlfriend Told Me by Julia Anne Peter

Alix is devastated when her girlfriend Swanee dies unexpectedly, but she's shocked to discover that Alix was also secretly dating another girl named Liana. Desperate for answers, Alix arranges to meet Liana and finds that the other girl is just as heartbroken...and that they may have more in common than just Swanee.  But Alix will have to find the strength to be completely honest if she's to find closure, heal from her betrayal, and have a future with Liana.

Torn Away by Jennifer Brown

What does it really mean to lose everything? When a tornado destroys her home and her town, and takes the lives of her mother and sister, Jersey Cameron is left with nothing but a paternal family she barely knows and her grief. As she tries to process the drastic changes in her life, and her drastic losses, Jersey must face the stark reality that she must somehow find the strength to step up and take control of her own life.

History is All You Left Me by Adam Silvera

Griffin is certain his ex-boyfriend Theo will someday soon realize that they're meant to be together. But when Theo dies in an accident, that someday will never come. Now, all that Griffin is left with is his grief and the shattered dreams of what might have been. The only person who understands what he's going through is Theo's new boyfriend, Jackson.

History is All You Left M is told through a complex web of histories, moving between the past and present to shine a light on the intensity of grief and first love.

Maddie plans to spend her last summer after high school with friends,  tying up all the loose ends before launching her new college life. But then her beloved Gram announces that she has terminal cancer and whisks the family away for a "death with dignity" cruise. The trip is lavish and exciting, but Maddie has a hard time processing that she's on the brink of losing one of her closest friends and family members. Full of quirky characters and laugh out loud moments, this novel is about living and dying on your own terms.

Music is life to sixteen-year-old Marley. It helps him feel connected to his father, who died years earlier, and helps him escape from the reality of his heroin-addicted mother. Music gets Marley through his challenging prep school days, and it allows him to dream that one day he can be a legendary DJ. When he finally gets a shot at a professional gig, it takes off in ways that he couldn't imagine, all the while, he is facing devastating loss in his personal life. In DJ Rising Marley's passion for music guides him through the many ups-and-downs of life from ambition, to loss, and hope.

Sib and Lou are strangers to each other, but their lives collide when they're placed in the same dorm for their school semester in the wilderness. Lou is still grieving a deep loss that no one in the dorm knows about, and she'd like to keep it that way--but as the semester unfolds, it becomes clear that Sib is being lied to by her own best friend, and Lou finds herself unable to just stand by.Wildlife is a story about improbable friendship and survival, told with humor and grace.

The Boy in the Black Suit by Jason Reynolds

Matt knows a thing or two about death. Ever since his mom died, the only decent thing in his life is his well-paying job at the funeral home. At work, he sees a lot of people who are struggling with grief, which he can understand. Then he meets Lovey, who's been through more than he can imagine. Through his job and his relationship with Lovey, Matt processes his own grief and learns how to navigate life when a major loss changes everything.

Tirzah Price is a librarian, YA writer, and lover of cold weather and knitwear. She holds an MFA in Writing for Children Young Adults from Vermont College of Fine Arts, and is a contributor to Book Riot. Find her on Twitter @tirzahprice. 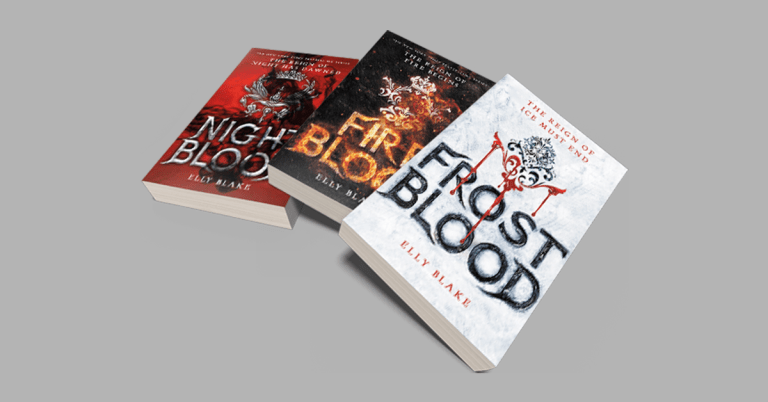 10 Books to Satisfy Your Inner Mulan

There is a Mulan inside all of us, and your Inner Mulan deserves books about brave and talented people who don’t always fit in—just like her.

Magical YA Romances You Can't Miss

Falling in love and magic often feel like one and the same, but when both elements are present in a story, it’s impossible to resist the spell. From elaborate fantasy worlds to familiar places with secret charms, prepare to be swept away by these ten magical YA romances!