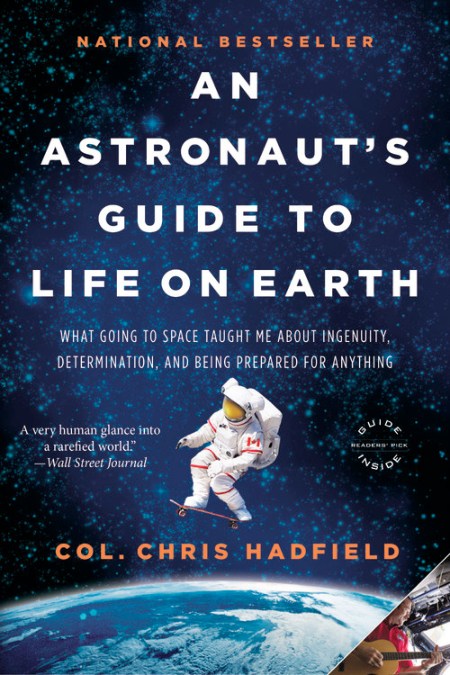 by Chris Hadfield
Colonel Chris Hadfield has spent decades training as an astronaut and has logged nearly 4000 hours in space. During this time he has broken into a Space Station with a Swiss army knife, disposed of a live snake while piloting a plane, and been temporarily blinded while clinging to the exterior of an orbiting spacecraft. The secret to Col. Hadfield’s success-and survival-is an unconventional philosophy he learned at NASA: prepare for the worst- and enjoy every moment of it.

In An Astronaut’s Guide to Life on Earth, Col. Hadfield takes readers deep into his years of training and space exploration to show how to make the impossible possible. Through eye-opening, entertaining stories filled with the adrenaline of launch, the mesmerizing wonder of spacewalks, and the measured, calm responses mandated by crises, he explains how conventional wisdom can get in the way of achievement-and happiness. His own extraordinary education in space has taught him some counterintuitive lessons: don’t visualize success, do care what others think, and always sweat the small stuff.

You might never be able to build a robot, pilot a spacecraft, make a music video or perform basic surgery in zero gravity like Col. Hadfield. But his vivid and refreshing insights will teach you how to think like an astronaut, and will change, completely, the way you view life on Earth-especially your own. 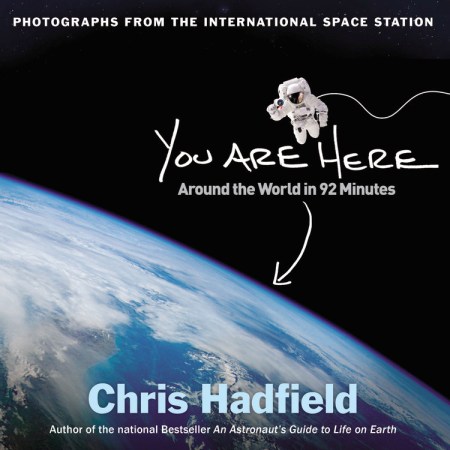 by Chris Hadfield
Divided by continent, You Are Here represents one (idealized) orbit of the ISS. This planetary photo tour — surprising, playful, thought-provoking, and visually delightful — is also punctuated with fun, fascinating commentary on life in zero gravity. In the spirit of his bestselling An Astronaut’s Guide to Life on Earth, You Are Here opens a singular window on our planet, using remarkable photographs to illuminate the history and consequences of human settlement, the magnificence (and wit) of never-before-noticed landscapes, and the power of the natural forces shaping our world and the future of our species. 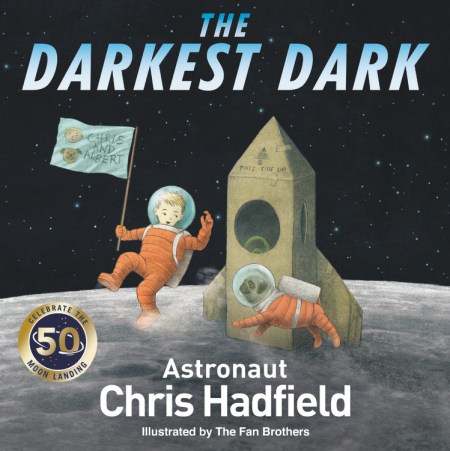 With Kate Fillion by Colonel Chris Hadfield
Inspired by the childhood of real-life astronaut Chris Hadfield and brought to life by Terry and Eric Fan’s lush, evocative illustrations, The Darkest Dark will encourage readers to dream the impossible.

Chris loves rockets and planets and pretending he’s a brave astronaut, exploring the universe. Only one problem–at night, Chris doesn’t feel so brave. He’s afraid of the dark.

But when he watches the groundbreaking moon landing on TV, he realizes that space is the darkest dark there is–and the dark is beautiful and exciting, especially when you have big dreams to keep you company.