Happy National Puppy Day! If you don’t have a puppy, or if you just love animals, here are some adventure “tails” for you! Sasquatch even makes an appearance… 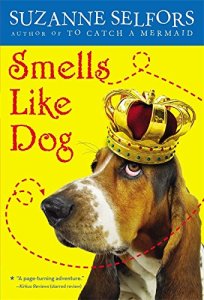 The following story is a dog story, but it is not, I repeat, NOT, a sad dog story. As promised in the author’s note in the first in the Smells Like Dog series, all three books in this series are entertaining romps featuring Homer Pudding, an ordinary farm boy and Dog, a droopy basset hound who can smell treasure! They set off on an adventure and find themselves in a world where treasure hunters hide around every corner. Young readers will howl with laughter at Suzanne Selfors’ hilarious capers. 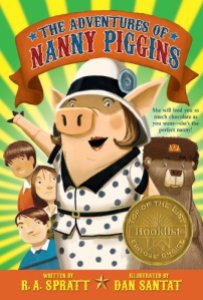 The Adventures of Nanny Piggins by R. A. Spratt, illustrated by Dan Santat

You’ve got to love a nanny who’s fabulously sassy, impeccably dressed, determined to show her charges a world of fun and a total pig… An ex-circus flying pig to be exact. Nanny Piggins may not be as prim and proper as Mary Poppins, but she brings a world of joy, surprises and chocolate (LOTS of chocolate) to the 3 Green children. R.A. Spratt’s madcap adventures are perfect for keeping the attention of even reluctant readers. 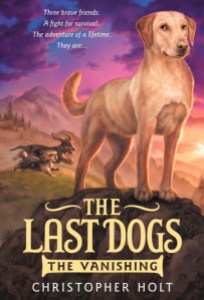 When all the humans in the world disappear, Max the Labrador Retriever must find his way home. Joined by Rocky, a dachshund and Gizmo, a terrier, the three canine friends find their way, battling angry wolves, subway rats and the biggest threat of all, The Corporation – a strange organization of perfect dogs where things may not be what they seem. Fans of The Incredible Journey and Homeward Bound will be gripped by this action-packed series. 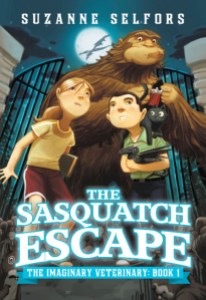 The Sasquatch Escape by Suzanne Selfors, illustrated by Dan Santat

Readers who prefer animals of the more fantastical variety will fall in love with The Imaginary Veterinary series, starting with The Sasquatch Escape. When Ben Silverstein arrives in Buttonville, he’s sure he’s in for the most boring summer of his life, until he encounters a baby dragon, that is. When Ben and his new friend, Pearl Petal unwittingly let a certain hairy beast loose from the local veterinary hospital for imaginary creatures, they find themselves on a wild journey full of mythical creatures that they and young readers will never forget. 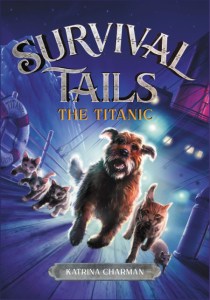 When the unsinkable ship hits an iceberg, Mutt the dog must find a way to survive and reunite with his owner and best friend, Alice. Read all about the plight of the Titanic from the point-of-view of Mutt and his rag-tag group of animal cohorts. A fresh perspective and heart-stopping action will captivate dog-lovers and history buffs alike. It’s the first in an all-new series by Katrina Charman starring pets who endure treacherous real-life situations throughout history.