"Robert Hicks's riveting new novel takes up Hood's life after the war. Anyone who has ever lived in New Orleans must be prepared to be made homesick, and the bizarre cast of characters, including a dwarf, a burly priest and a boy of mixed and mysterious parentage, wouldn't seem right in any city but this one. I read A Separate Country with breakneck speed for that most old-fashioned of reasons: I wanted to see what happened next. And then I eagerly read it a second time to make sure I got the complicated twists and turns. Is there a better recommendation?"—Washington Post
"A lovely, richly detailed tale pulled partly from history, partly from his own imagination. [Hicks] captures the enchanting, dark humid soul of post-war New Orleans..."
—BookPage
"A powerful epic about how love and unselfish choices lead to personal transformations...Hicks uncovers layers of detail about characters and events we naively thought we understood. A marvelous accomplishment, as beautifully written and heart-wrenching as its predecessor."
—Booklist
"Hicks follows his bestselling The Widow of the South with the grand, ripped-from-the-dusty-archives epic of Confederate general John Bell Hood...Hicks's stunning narrative volleys between Hood, Anna Marie and Eli, each offering variety and texture to a story saturated in Southern gallantry and rich American history."—Publisher's Weekly
"A Separate Country is a powerful evocation of New Orleans as it was in 1879, a book thick with history, rich in atmosphere. The characters walk the city's rough and tumble streets, witness the corruption of the Louisiana Lottery and the toll of the yellow fever epidemic, enact their very human love affairs, hide their secrets. To read it is to visit, for the length of its pages, an all-enveloping, passionately rendered past, beautiful and hallucinatory. 'This city is not for the fainthearted,' Hicks writes."—New Orleans Times Picayune
"After the War, Hood scampered down to New Orleans in order to try to live as fully as possible. That's where Robert Hicks enters in his marvelous new book, which looks back on the legendary and monstrous general of the Civil War with a brand new set of eyes. Hicks doesn't ever let us forget that this was once a man who 'cared very little for the men [he] ruined.' Yet at the same time, this is a work which seems designed to remember Hood neither as a legend nor a monster but as a man."
—Miami Herald
Read More Read Less 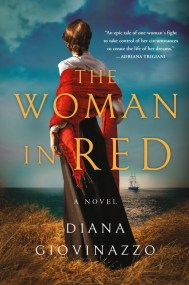 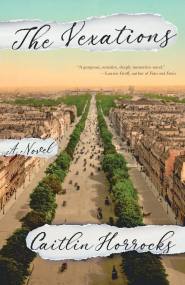