"I wish this book existed 50 years ago when I moved to the United States. Ben's constitutional breakdown is a must-read for every current and aspiring citizen."—Arnold Schwarzenegger, former governor of California
"Finally someone has created an easy way to teach something that's so crucial to us as citizens and as a country. Read this if you want to be smart, no pressure."—Derek Waters, creator of Drunk History
"Ben grew up in D.C. and had a parent who worked in the U.S. Senate, which gave him the privilege of learning how the government works from a young age. Ben shares that privilege in OMG WTF Does the Constitution Actually Say? This clear, understandable translation of the Constitution immensely helps us understand WTF actually goes on in our government."—Ilana Glazer, activist, actress and co-creator of Broad City
"In a meeting a few years ago, Ben Sheehan made the topic of gerrymandering genuinely funny to me. Ever since, he's been someone I think of when I look for examples on how to make civics more accessible. Give this book a read!"—Kal Penn, actor and former associate director of the White House Office of Public Engagement
"Every election, millions of people do not vote simply because they don't understand how the government works. If every American had this book they would laugh, learn, and go to the polls."—Kat Calvin, founder and executive director of Spread the Vote
Read More Read Less 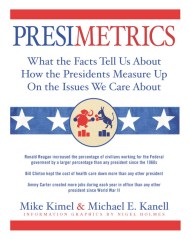