1. What are you working on now?
I’ve been working on The Books of Babel for about six years. I’m just finishing the draft of the third book. The series will conclude with the fourth installment, which will be a bittersweet moment for me.

Senlin Ascends, the first book in the series, focuses on the unexpected adventures of a small-town headmaster named Thomas Senlin. His story begins with a disastrous honeymoon to the Tower of Babel. Very shortly after arriving at the foot of the Tower, Senlin loses his new bride, Marya, in the teeming crowd.

The Tower is an immense and ancient structure that is home to hundreds of thousands of people, some of whom are unscrupulous, many of whom are desperate. It is a changing, byzantine place, filled with competing monarchs and secret agendas. Senlin, who was accustomed to being the smartest man in town, suddenly finds himself alone and far from everything he knows. He soon learns that his pride and education have not prepared him for the adventure that lies ahead. But as he navigates the Tower’s many pitfalls in search of his wife, he begins to grow and change in surprising ways.

2. Where did the idea for Senlin Ascends come from and how did the plot begin to take shape in your mind?
The original idea for Senlin Ascends came from reading Italo Calvino’s Invisible Cities, which is a beautifully written travelogue of fantastic, unreal destinations. It is a perfect specimen of literary accomplishment. So, naturally, I decided to rip it off.

Then I woke up one morning and realized it was over. I was living a lie. I didn’t love poetry anymore. We had to break up. It wasn’t an amicable split. I called poetry some awful names, and poetry changed the locks. Lonely and bereft, I started hitting up my old flames — Jules Verne, H.G. Wells, Robert Louis Stevenson — just to see what they were up to. Turns out, they were saying awful things about women and minorities. But once I got past their startling bigotry, I remembered what it was that I had loved so much about those musty old scribblers. I remembered why I had begun writing in the first place: because I liked adventure and mystery and romance. I wrote because I liked to be surprised and delighted, liked to gasp and laugh, and wanted to share the whole mad experience with someone else.

The plot came later. The story began with disillusionment.

3. When did you first start writing?
I started writing my first fantasy novel, The Quest for Mortoangus, when I was twelve years old with the help of my best friend, Ian Leino. The story is about a couple of teenage boys who are swept away to a foreign land full of magic, elves, orcs, a dragon with a Latinate name, and (most unlikely of all) girlfriends. The heroes bore a striking resemblance to Ian and me, but with long hair and pecs like dinner plates. It was essentially The Hobbit with hormones. Soon after we started, Ian decided he was more interested in illustrating the story while I decided the book needed to be a 250,000 word treatise on the value of friendship, personal growth, and heavy smooching. Twenty years later, Ian was still an artist, and I was still writing. When I told him I was going to take another crack at writing fantasy and asked if he would be interested in illustrating the covers, he agreed straight away. Senlin Ascendsisn’t as epic as The Quest for Mortoangus, and there aren’t any scenes featuring wet tunics and woodland elves, but I like to think our boyhood selves would still be pleased with how things turned out.

And fun fact: one of the main characters in the Quest for Mortoangus was a halfling thief named Fingol, which was the direct inspiration for Finn Goll. I have to credit Ian for the name.

4. What do you like about writing? What do you not like?
I love the surprise and discovery of writing and storytelling. It’s like casting a spell without a spell book to guide you. When I start writing in the morning, I never know exactly what I’ll conjure up. Some days, I summon a magnificent unicorn; other days, it’s more of a mangy, one-horned goat. The act of writing is absurd and audacious and always an adventure.

Of course, the uncertainty also drives me a little mad sometimes. I have moments of self-doubt, moments of frustration and worry that what I had hoped to accomplish at the start won’t be what I get in the end. These are common feelings, I think. Writers aren’t always eager to admit it, but uncertainty and doubt are an integral part of the creative process. You have to conjure up a lot of goats to get the occasional unicorn.

5. Who are some of your favorite writers and how have they influenced your work?
I’m old enough to have had more than a few love affairs with writers. When I was young, I loved C.S. Lewis, Terry Pratchett, and Douglas Adams. They taught me that writing about principles can still be entertaining. In college, I discovered the weirdos: J.G. Ballard, Philip K. Dick, and Kurt Vonnegut, who showed me that normalcy and sanity are tenuous states, at best. Post college, I fell into the usual existential slump: I swooned over Jean-Paul Sartre, Franz Kafka, and Vladimir Nabokov who made alienation seem sexy. Then, as I began to mount the slow, nearly invisible slope toward middle age, I fell in love with the story-telling humanists: Hermann Hesse, Italo Calvino, Gabriel García Márquez, and Salman Rushdie, who taught me that folklore is often more useful than philosophy.

6. Do you have a designated writing space? What is your writing process?
Most recently, my writing space has been on the living room couch. I work there so that I can let my two rabbits hop about. My writing process involves a lot of muttering with frequent pauses to chastise the rabbits for eating the furniture.

I drink two-thirds of a pot of coffee while deleting one third of what I wrote the day before. I hide my phone so that I’m not distracted by the siren song of the infinite internet. I draft three sentences over the course of an hour. I delete one of the sentences. I write a page in fifteen minutes. I unhide my phone and stare into the abyss while I drink a cement-colored smoothie for lunch. I throw my phone in the yard. I change one word in one sentence twenty times. I research rope-making, Victorian dance steps, Dutch astronomers, or the flashpoint of silk on Wikipedia. I realize I’ve only written 300 words of my daily 1,000 word goal and that it’s nearly five o’clock. I write two pages in an hour, muttering like a mad garden hermit the entire time. Sharon comes home from work, and I start cooking dinner. She asks how the writing went today. I tell her, so-so.

7. When you’re not writing, what do you like to do in your spare time?
I’m probably the happiest when I’m playing with my band, Dirt Dirt. The band is comprised of my wife, Sharon, and Benjamin and Will, who are brothers I’ve known since I was sixteen. We’ve been playing, recording, and performing originals for six years, now. I hope we do it for sixty more. Really, everyone should be in a band. It’s like meditation but with more screaming and beer.

I’ve always enjoyed art. There was a period in my life when I was convinced I would be a graphic novel artist. I was going through some old files recently, and found a rejection letter from Marvel Comics from 1999. I was a terrible art student for about a year. I drew a comic strip with a friend for a local rag in Richmond, Virginia for a little while. Nothing came of any of it, and soon I decided to grow up and do something more sensible with my life, like writing poetry. I still like to draw, though mostly I just scrawl on flyleaves and my office wall, which I converted to a blackboard.

I love cooking: the spices, the aromas, the snap of hot oil, the knives, the chopping, the blood, the Band-Aids, all of it. My favorite dish is pub-style curry, though I don’t think I’ve ever made it the same way twice.

8. What advice would you give to aspiring writers?
Cultivate your obsessions. Don’t talk about your work in progress. Read books that intimidate you. Read books that irk you from the outset. Read books that haven’t been checked out of the library for thirty years. Be dissatisfied with your first impressions. Listen to people. Eavesdrop. Cultivate a love for humanity. Go to the museum. Distrust your boredom. Don’t buy writing guides. Find a good dictionary. Give yourself the approval you need. Don’t interpret another person’s success as your own failure. Learn the rules, then break them. Set your own goals, then keep them. Don’t wait for inspiration, but when it comes, take advantage of it immediately. Write every day. Finish what you start. 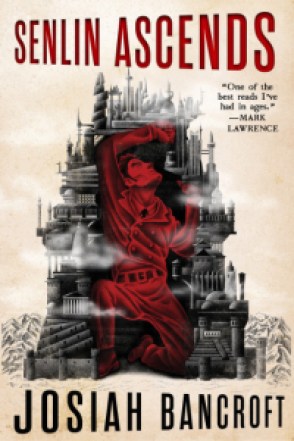