Clint Smith (he/him) was born and raised in New Orleans, he received his B.A. in English from Davidson College and his Ph.D. in Education from Harvard University. Clint is a staff writer at The Atlantic and the author of the poetry collection Counting Descent. The book won the 2017 Literary Award for Best Poetry Book from the Black Caucus of the American Library Association and was a finalist for an NAACP Image Award.
How the Word Is Passed, Instant #1 New York Times bestseller, illustrates how some of our country’s most essential stories are hidden in plain view—whether in places we might drive by on our way to work, holidays such as Juneteenth, or entire neighborhoods like downtown Manhattan, where the brutal history of the trade in enslaved men, women, and children has been deeply imprinted.
Buy the Book.

I have two small children, a two-year-old daughter and an almost four-year-old son, which means that I’ve been working on my book for the entirety of their lives, which is wild to think about. This photo shows how a significant portion of the book was written. Honestly, I kind of just wrote whenever and wherever I could. During naps, during episodes of Sesame Street, and in the parking lot of CVS when both of them would fall asleep in their car seats. Even if I could only get 10 or 15 minutes in, I took advantage of it. For large stretches of this book, I was disabused of the notion that I would have long, luxurious, extended periods of time to write. I just had to find time where I could. The book is dedicated to my kids both because they are the centers of my world, and also because this book was written with them in tow. 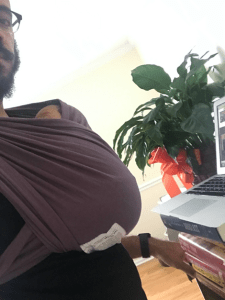 I’ve recently read so many excellent books it’s hard to name just one. I just finished Patrick Radden Keefe’s Empire of Pain: The Secret History of the Sackler Dynasty which is truly a tour de force. There are few writers who can take hundreds of interviews and tens of thousands of pages of legal documents and turn them into a book that reads like the best kind of novel. Patrick is in a league of his own. Hanif Abduraqqib’s most recent book A Little Devil in America: Notes in Praise of Black Performance is spellbinding. Few writers can do what Hanif does with language. Another is Ashley Ford’s Somebody’s Daughter, which was beautiful and heart wrenching and tore me open. I’ve also been revisiting some books that I read sections of for book research but have wanted to go back to revisit in full. One of those is James McPherson’s Battle Cry of Freedom: The Civil War Era which remains probably the most comprehensive account of the Civil War that’s been written to date.

In 2017, two years after the Charleston massacre at the AME church, the monuments to Jefferson Davis, Robert E. Lee, and P.G.T. Beauregard were taken down in my hometown of New Orleans. These were statues that had been part of the landscape of my childhood. I drove past or walked by or rode my bike around those statues for years. And as I watched these Confederate statues come down, I thought about what it meant that I had grown up in a city in which there was more iconography dedicated to enslavers than there were to enslaved people. And I became sort of obsessed about the ways that different places told, or failed to tell, the story of their relationship to the history of slavery. I started traveling to different places, at first just informally and out of curiosity to see how this story was being told, and then I realized that there might be a book in it. And four years later, here we are.

I’m someone who usually works with music on in the background, but only instrumentals. For a long time it’s been the music of Explosions in the Sky (shout out to Friday Night Lights). In an effort to change things up, I asked some folks what music they work to, and my Atlantic colleague Adam Serwer recommended The Awakening by The Ahmad Jamal Trio. I hadn’t heard of the album before but it’s excellent and has been in heavy rotation the past few weeks. Ahmad Jamal is an incredible jazz pianist who, as far as I can tell, is still playing (he’s 90!). It’s really soothing and perfect for having on in the background. And if you’re a hip-hop fan, some of it might sound familiar because this album became a goldmine for hip-hop samples in the decades after it was released.

My favorite part of Twitter is the sub-communities that exist on the platform. I’m a huge Arsenal fan and for me the best accounts to follow are other Arsenal fan accounts where we can celebrate (or more likely these days commiserate over) our team. During the pandemic, where I’ve been unable to go to pubs and watch games with friends like I used to, this global virtual community of emotionally exhausted Arsenal fans has provided me some solace. 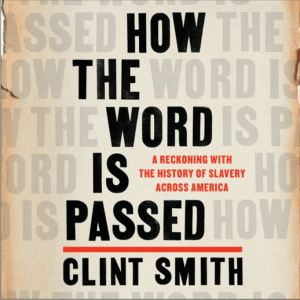 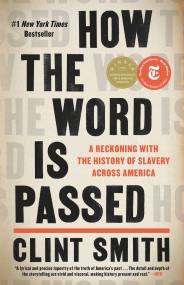 This compelling “important and timely” (Drew Faust, Harvard Magazine) #1 New York Times bestseller examines the legacy of slavery in America—and how both history and memory continue to shape our everyday lives.

Beginning in his hometown of New Orleans, Clint Smith leads the reader on an unforgettable tour of monuments and landmarks—those that are honest about the past and those that are not—that offer an intergenerational story of how slavery has been central in shaping our nation's collective history, and ourselves.

A deeply researched and transporting exploration of the legacy of slavery and its imprint on centuries of American history, How the Word Is Passed illustrates how some of our country's most essential stories are hidden in plain view—whether in places we might drive by on our way to work, holidays such as Juneteenth, or entire neighborhoods like downtown Manhattan, where the brutal history of the trade in enslaved men, women, and children has been deeply imprinted.

Informed by scholarship and brought to life by the story of people living today, Smith's debut work of nonfiction is a landmark of reflection and insight that offers a new understanding of the hopeful role that memory and history can play in making sense of our country and how it has come to be.

Winner of the National Book Critics Circle Award for Nonfiction

Winner of the Stowe Prize