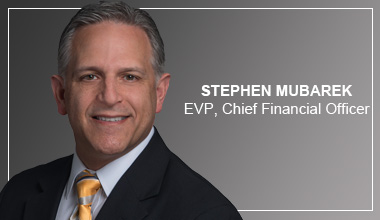 Stephen Mubarek (EVP, CFO) became HBG’s Chief Financial Officer of Hachette Book Group, Inc. (HBG) in March 2015. He also serves as a member of the Executive Management Board of HBG.

He is a Certified Public Accountant, and began his career with Ernst & Whinney in Connecticut, which subsequently became Ernst & Young. He later served as Corporate Controller and CFO of a large music distributor.

Stephen lives in Massachusetts with his wife, Tamara. They have two children.