We’ve all had moments of discomfort around the topic of race, whether you were unsure how to broach a controversial topic or others made you uncomfortable with their insensitivity. Because the United States is so multicultural, there is a 100% chance that you’ll be talking about race or racial topics at some point in your life. And the United States, like many other countries, has a sordid history (and reality) when it comes to race relations, making those conversations particularly dicey. The most powerful solution to awkward and even harmful conversations about race is above all: education.

Thankfully, Ijeoma Oluo makes the act of unlearning beliefs and tendencies accessible with her book So You Want to Talk About Race. Notice I didn't say she makes it easy, because becoming a person who can engage in conversations like this is far from easy, no matter who you are. But it is extremely crucial, both to how we interact with friends and co-workers in our day to day lives and to how people of different races interact with each other in general.

This item is a preorder. Your payment method will be charged immediately, and the product is expected to ship on or around September 24, 2019. This date is subject to change due to shipping delays beyond our control.

It is no secret that racial tensions in the United States are high due to a variety of factors both historical and modern, and this goes far beyond discomfort at work. A significant portion of recent mass shooters have committed their violent acts in part due to racist beliefs, for example, and a number of policies are created to affect people of certain races disproportionately (the recent Muslim ban, for example). The scope of racism goes much further these obvious offenses, though. Oluo breaks down this idea succinctly for those new to this concept.

While many people might have the idea that racism consists of one person being obviously prejudiced against another, Oluo turns that idea on its head. Instead, she underscores that our society is built on a systemic type of racism—one that leads to complicity in a racist system regardless of whether or not you want to be. Systemic racism has its hands in education, government, policing, incarceration, housing, and so on and so forth. It has an impact everywhere. So, this leads to plenty of well-meaning people perpetuating harmful ideas and actions every day, often without realizing it. So, conversations about race become a dynamic struggle between people of varying experiences, degrees of racial knowledge, opinions, and more.

Sounds tricky to navigate, huh? You have no idea. But thankfully, Oluo addresses everyone in the equation. There are sections of the book for white people who are eager to understand race and work toward bettering the national conversation, and sections for people of color who might feel frustrated and misunderstood. This way, everyone is working toward a more productive discourse that results in change and new ideas.

So You Want to Talk About Race is crucial, especially for our moment in time. It may seem sometimes that racist events happening at the national level (anti-immigrant abuses, police brutality, and so on) are out of our control. But we can start making a change at the most intimate level—person to person. Because how are we going to change the system if we can’t even talk to each other about one of the fundamental issues facing us today?

What also makes Ijeoma Oluo’s work necessary is how accessible it is. There are many fantastic resources in the same line of thinking as So You Want to Talk About Race, but many of them forget that not everyone has been to college or can read academic texts. Not everyone was exposed to Malcolm X‘s teachings or James Baldwin’s. While some books aim for the reader who is already somewhat familiar with the complexity of race in the United States, Oluo’s book starts at ground zero. It levels the playing field so that everyone can jump in and start bettering themselves. No one will feel discouraged by what the author assumes you already know—and no one must be discouraged from educating themselves. Thankfully, So You Want To Talk About Race also provides examples of further reading for those looking to keep discovering and learning more.

In a perfect world, So You Want to Talk About Race would be handed out at colleges, staff meetings, police academies, and on and on. Instead of ignoring talking about race in public settings, what we need is to confront the elephant in the room. With Ijeoma Oluo’s guidebook in hand, you’ll be taking some necessary, much-needed steps toward a better future for all of us.

Ijeoma Oluo is a writer and speaker whose work on race has been featured in The Guardian, New York magazine, xoJane, Jezebel, and more. She is also an editor-at-large at The Establishment, and Seattle magazine named her “one of the most influential people” in Seattle.

In this #1 New York Times bestseller, Ijeoma Oluo offers a revelatory examination of race in America

Protests against racial injustice and white supremacy have galvanized millions around the world. The stakes for transformative conversations about race could not be higher. Still, the task ahead seems daunting, and it’s hard to know where to start. How do you tell your boss her jokes are racist? Why did your sister-in-law hang up on you when you had questions about police reform? How do you explain white privilege to your white, privileged friend?

In So You Want to Talk About Race, Ijeoma Oluo guides readers of all races through subjects ranging from police brutality and cultural appropriation to the model minority myth in an attempt to make the seemingly impossible possible: honest conversations about race, and about how racism infects every aspect of American life.

"Simply put: Ijeoma Oluo is a necessary voice and intellectual for these times, and any time, truth be told." ―Phoebe Robinson, New York Times bestselling author of You Can't Touch My Hair

This item is a preorder. Your payment method will be charged immediately, and the product is expected to ship on or around September 24, 2019. This date is subject to change due to shipping delays beyond our control. 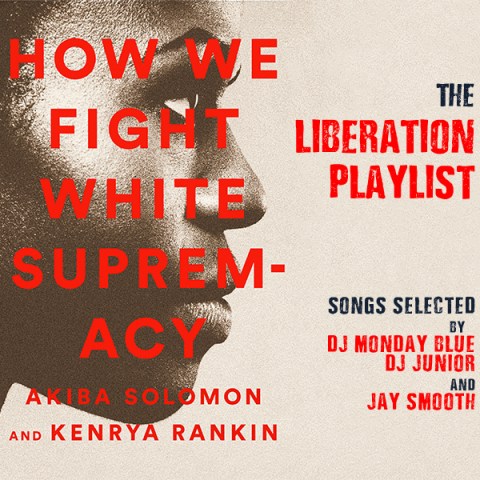 Understanding the Black Lives Matter Movement through Music and Books

Mya Nunnally is a poet and writer in New York City who lives with their kitten, Ramen.  You can find them and their work @literallymya on Twitter.