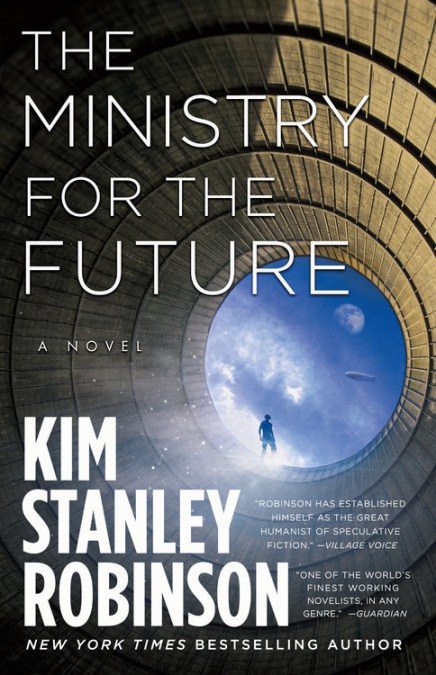 The Ministry for the Future

One of Barack Obama's Favorite Books of 2020

"If I could get policymakers, and citizens, everywhere to read just one book this year, it would be Kim Stanley Robinson’s The Ministry for the Future." —Ezra Klein

The Ministry for the Future is a masterpiece of the imagination, using fictional eyewitness accounts to tell the story of how climate change will affect us all. Its setting is not a desolate, postapocalyptic world, but a future that is almost upon us—and in which we might just overcome the extraordinary challenges we face.

It is a novel both immediate and impactful, desperate and hopeful in equal measure, and it is one of the most powerful and original books on climate change ever written.

"A breathtaking look at the challenges that face our planet in all their sprawling magnitude and also in their intimate, individual moments of humanity." —Booklist (starred)

"A sweeping, optimistic portrait of humanity's ability to cooperate in the face of disaster. This heartfelt work of hard science-fiction is a must-read for anyone worried about the future of the planet." —Publishers Weekly (starred)

"The Ministry for the Future ranks among Robinson's best recent works, a collection of actions and observations that adds up to more than the sum of its eclectic and urgent parts." —Sierra 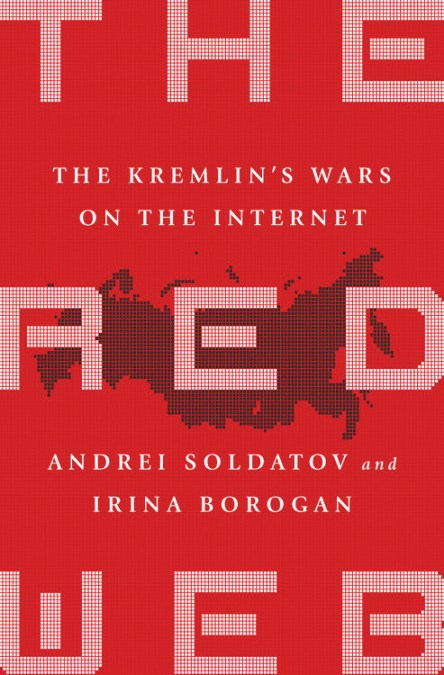 The Internet in Russia is either the most efficient totalitarian tool or the device by which totalitarianism will be overthrown. Perhaps both.

On the eighth floor of an ordinary-looking building in an otherwise residential district of southwest Moscow, in a room occupied by the Federal Security Service (FSB), is a box the size of a VHS player marked SORM. The Russian government’s front line in the battle for the future of the Internet, SORM is the world’s most intrusive listening device, monitoring e-mails, Internet usage, Skype, and all social networks.

But for every hacker subcontracted by the FSB to interfere with Russia’s antagonists abroad — such as those who, in a massive denial-of-service attack, overwhelmed the entire Internet in neighboring Estonia — there is a radical or an opportunist who is using the web to chip away at the power of the state at home.

Drawing from scores of interviews personally conducted with numerous prominent officials in the Ministry of Communications and web-savvy activists challenging the state, Andrei Soldatov and Irina Borogan peel back the history of advanced surveillance systems in Russia. From research laboratories in Soviet-era labor camps, to the legalization of government monitoring of all telephone and Internet communications in the 1990s, to the present day, their incisive and alarming investigation into the Kremlin’s massive online-surveillance state exposes just how easily a free global exchange can be coerced into becoming a tool of repression and geopolitical warfare. Dissidents, oligarchs, and some of the world’s most dangerous hackers collide in the uniquely Russian virtual world of The Red Web. 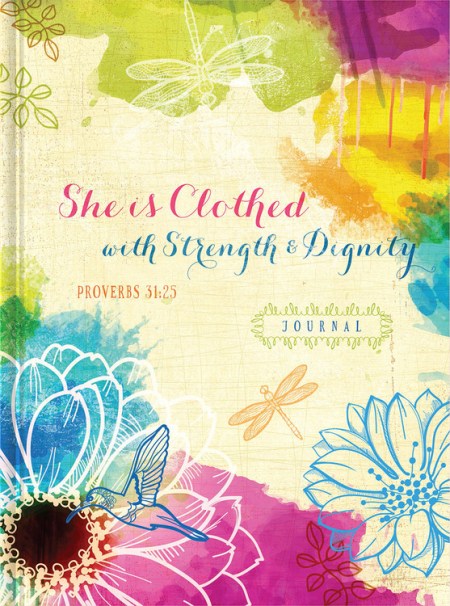 She is Clothed with Strength & Dignity

by Ellie Claire
Grow your faith in God and face the future fearlessly with this encouraging journal inspired by Proverbs 31:25.

She is clothed with strength and dignity, and she laughs without fear of the future. — Proverbs 31:25

Find your most faithful and fearless self with this empowering and beautiful journal for the wisest of women who puts her future in God’s hands and faces life with joy. Enjoy the artwork and verses throughout the book as you chronicle your own faith journey.

Embrace God’s blessings and seek spiritual fulfillment — or give the perfect gift to an inspiring Christian woman in your life. Published in partnership with Women of Joy Ministries. 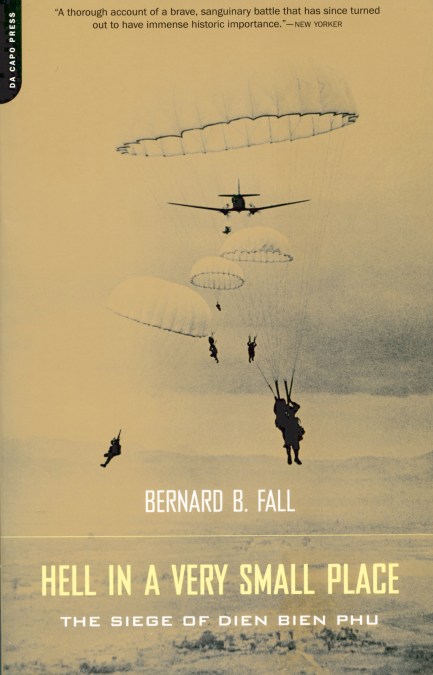 Hell In A Very Small Place

by Bernard Fall
From the acclaimed scholar and reporter, a thorough and revealing account of the historic turning point in Vietnam’s long struggle–the 1954 battle for Dien Bien Phu

Like Gettysburg, Stalingrad, Midway, and Tet, the battle at Dien Bien Phu–a strategic attack launched by France against the Vietnamese in 1954 after eight long years of war–marked a historic turning point. By the end of the 56-day siege, a determined Viet Minh guerrilla force had destroyed a large, tactical French colonial army in the heart of Southeast Asia. The Vietnamese victory would not only end French occupation of Indochina and offer a sobering premonition of the U.S.’s future military defeat in the region, but would also provide a new model of modern warfare on which size and sophistication didn’t always dictate victory.

Before his death in Vietnam in 1967, Bernard Fall, a critically acclaimed scholar and reporter, drew upon declassified documents from the French Defense Ministry and interviews with thousands of surviving French and Vietnamese soldiers to weave a compelling account of the key battle of Dien Bien Phu. With maps highlighting the strategic points of conflict, with thirty-two pages of photos, and with Fall’s thorough and insightful analysis, Hell in a Very Small Place has become one of the benchmarks in war reportage. 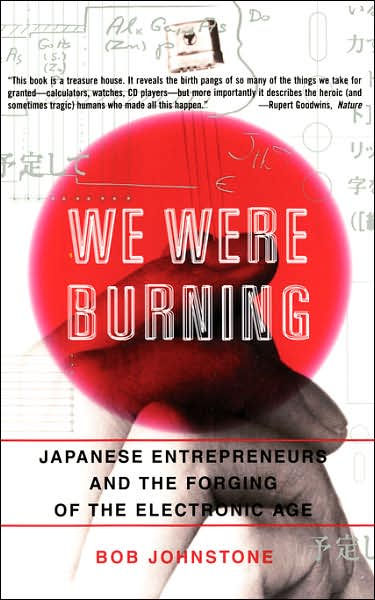 by Bob Johnstone
Are the Japanese faceless clones who march in lockstep to the drums beaten by big business and the bureaucrats of MITI, Japan's miracle-working ministry of international trade and industry? Can Japanese workers, and by extrapolation their entire society, be characterized by deference to authority, devotion to group solidarity, and management by consensus? In We Were Burning, investigative journalist Bob Johnstone demolishes this misleading stereotype by introducing us to a new and very different kind of Japanese worker-a dynamic, iconoclastic, risk-taking entrepreneur.Johnstone has tracked down Japan's invisible entrepreneurs and persuaded them to tell their stories. He presents here a wealth of new material, including interviews with key players past and present, which lifts the veil that has hitherto obscured the entrepreneurial nature of Japanese companies like Canon, Casio, Seiko, Sharp, and Yamaha.Japanese entrepreneurs, working in the consumer electronics industry during the 1960s and 70s, took unheralded American inventions such as microchip cameras, liquid crystal displays, semiconductor lasers, and sound chips to create products that have become indispensable, including digital calculators and watches, synthesizers, camcorders, and compact disc players. Johnstone follows a dozen micro-electronic technologies from the U.S. labs where they originated to their eventual appearance in the form of Japanese products, shedding new light on the transnational nature of twentieth-century innovation, and on why technologies take root and flourish in some places and not in others.At this time of Asian financial crisis and the bursting of Japan's bubble economy, many are tempted to dismiss Japan's future as an economic power. We Were Burning serves as a timely warning that to write off Japan—and its invisible entrepreneurs—would be a big mistake.