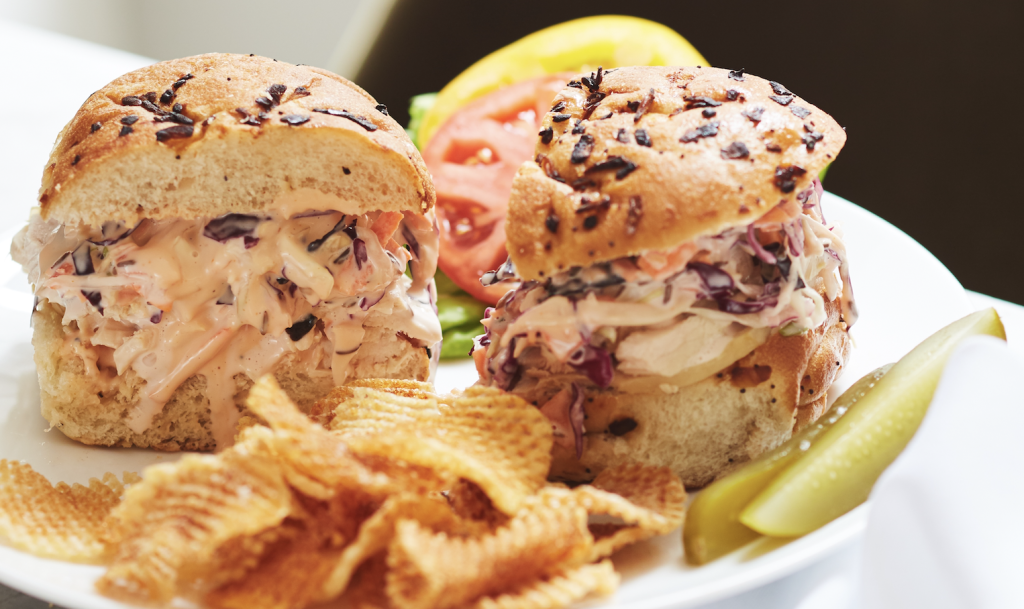 Where I grew up in Queens, in a neighborhood where freshly roasted turkey was a staple foodstuff, the word for foodie was fresser. And, boy, was I a fresser. The day my father showed me how to combine ketchup and mayo is still a vivid memory. It was a formative fresser rite of passage. As an adult I realized that it’s basically Russian dressing, but at the time it blew my young fresser mind. My mind was blown again the day I discovered that it was possible to order coleslaw inside my turkey sandwich, which then became my standing order at the local deli throughout my teenage years.

This sandwich, which I created for the opening of Freds in the new downtown store, is homage to Barneys’ return to its original New York neighborhood and a nod back to the turkey sandwiches of my youth. Then, I would have had this sandwich on rye, but the grown-up fresser in me thought that it might taste even better on an onion roll. Orwashers bakery makes large, delicious, savory onion pockets — with minced onions swirled through the dough and sprinkled on top — that are as traditionally New York as bagels, and they’re perfect for this sandwich. If you can’t find them, it’s fine to substitute a simple kaiser roll, or, of course, the traditional rye bread.

Originally only on the lunch menu, the Jewish Boy from Queens was so requested that it’s now on the dinner menu as well. The other day a couple of twenty-something guys were sharing one (in another New York sandwich tradition, it’s big enough for two) and called me over to say, “Thanks for putting it on at dinner. We love this thing!” It’s gratifying for this Jewish boy from Queens to see a new generation of fressers enjoying my old neighborhood treat.

Cut the roll in half horizontally and toast it on a light setting so the onions don’t burn. Spread Russian dressing on both halves, and then arrange the sliced turkey on the bottom half. Using a fork so that excess liquid drains off, place the coleslaw on top of the turkey. Top with the other half of the bun, press down slightly, and cut in half. Arrange on a plate with the lettuce, tomato, pickle, and potato chips if desired.

Place all ingredients into a mixing bowl and blend well together using a whisk or an immersion blender. Store in a covered container in the fridge for up to 1 week.