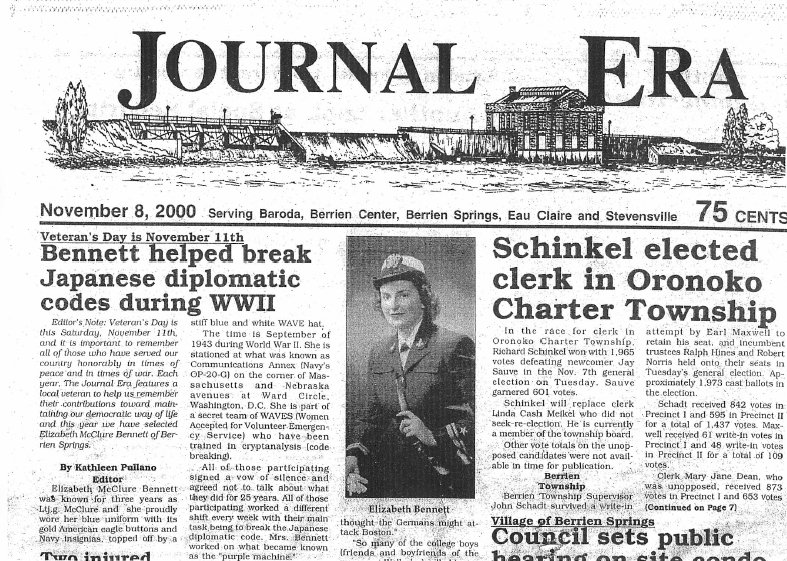 It was wonderful to learn more about a chapter in history that has personally touched our family. My mother, Elizabeth McClure Bennett, was a junior at Wellesley when Pearl Harbor was attacked. Although she never really discussed this (with anyone, including family) until many years had passed, she was one or the original 13 students at Wellesley chosen by Mildred McAfee to take a secret code-breaking course during her senior year at Wellesley, After graduation (and a brief Naval training session at Smith College, where my mother gave the salutary address when the young women were graduated as Ensigns), she was inducted into the Navy WAVE’s and stationed at the Communications Annex at the corner of Massachusetts and Nebraska Avenues (OP-20-G). She worked as a code breaker, assigned to the office headed up by Lt. Francis Raven breaking the Japanese diplomatic code….the “purple machine.”