[An] engaging and insightful bio...Brannigan puts Grohl's influences, inspirations, and early musical career into context...Those who want to get a better understanding of the musician will find this an entertaining and perhaps educational read."—Publishers Weekly
"A rich history of recent pop music as it moves from punk and hard-core to grunge to indie bands...Students of that period will find much to dwell on here."
—New York Times Book Review
"Brannigan salutes a musician who's surfaced, prosperous and sane, from the perils of an extended punk-rock adolescence that not all of his friends survived. Reverent and informative."—Kirkus Reviews
"Brannigan not only offers a penetrating portrait of Grohl the man but also presents an indelible portrait of the American underground-rock scene."
—Booklist
"Offers a thorough--if unauthorized--biography touching on all aspects of Grohl's career, and paints a fully detailed portrait of the man. Brannigan's knowledge of his subject is encyclopedic, based on his own interviews, and worth celebrating simply for the manner in which he is able to place Grohl's work in the context of post-punk history."
—Buffalo News
"Grohl and his groups [are] dissected with gumption."—Mojo
"[A] well-researched bio...A fascinating read, This Is a Call doesn't skimp on entertaining anecdotes, juicy gossip or evidence of Grohl's immense songwriting talent."
—Alternative Press
The leader of the Foo Fighters comes off as music's most affable man, but it turns out there's more turmoil in the ranks than it seems."—New York Daily News
"Quite an achievement...Brannigan draws on his own interviews with Grohl, among others, to plot a compelling journey...A big-hearted, fascinating read."
—Q Magazine
"There is a lot to like about this book in which Brannigan gives us a real insider's view of Grohl and his rise to the top...The stories are interesting in that they show Grohl as not just a rock hero but as a huge admirer of music who basically just wanted to join the scene that moved him so. There are also more than a share of personal stories that humanize Grohl and his various band mates exposing their vulnerabilities perhaps more than ever before."—Loudwire.com
"Brannigan's biography of musician Dave Grohl and his era, reaches ambitiously out of bounds for the conventional pop bio, cradling its subject in layers of context, political and social history...Brannigan's excellent segues, characterizations, and lyrical zip ensure This Is a Call occasionally tips but never topples under its own weight. The result is an educational and highly entertaining read...Brannigan loops a fascinating narrative around a compelling and likeable character...This is high quality, street cred music journalism, artfully meshed with undoubted musicological and cultural history grunt."—New York Journal of Books
"Brannigan's knowledge of the underground punk scene fills out this Dave Grohl biography. He essentially traces the evolution from the Sex pistols to Nirvana, via Washington D.C., to create an entertaining retelling of the history of hardcore punk."—San Francisco Book Review
"Some rock biographies stand tall above others, revealing much more than a straight chronology of recording and touring. This Is a Call is one such book...It draws on a decade of frank interviews with Dave Grohl and friends, and is peppered with fascinating nuggets about Grohl's own thoughts on his ascent to megastardom. From Grohl being the "goofy" hardcore drummer with Scream, through stardom behind the drumkit with the troubled Nirvana, to his blossoming as the guitar-touring frontman of Foo Fighters, This Is a Call tells Grohl's story with style and candor...One of the definitive rock books of 2011."—Gibson.com
"A well-told testament to a true believer's perseverance."
—Calgary Herald
"Offers both a journalistic and fan perspective on the Nirvana/Foo Fighters icon, along with a keen eye for detail and context...While This Is a Call is clearly about Grohl, Brannigan does a commendable job of putting everything into context beginning with quite possibly the best written documentary of the D.C. punk and hardcore scene Grohl was raised in...[A] well-researched. passionately written book by an author who is clearly an unabashed fan, but still objective enough to give an unvarnished look at a great band that has struggled through some rough waters at times but ultimately righted the ship.—Blurt Online
"Brannigan...scored amazing access to his subject and the people with whom Grohl worked...Brannigan explores Grohl's early punk influences in great detail and the meteoric rise of Nirvana, offering a frightening insight into the music industry...Grohl's road to success post-Nirvana is an inspiring, honest story."
—Sydney Morning Herald
"Dave Grohl's tale covers so many bases after 30 or so years in the business that it takes a biographer of consummate skill to get it all down on paper without missing anything. Fortunately, ex-Kerrang! editor Paul Brannigan has what it takes...What lingers most is the expert way in which so many disparate slices of history are interlaced. After reading This Is a Call, you'll know much more than you did before about the way that US hardcore merged into Seattle grunge and how rock shed its skin in the 90s. It's info such as that which makes this book essential."
—Record Collector
"Cool descriptions of the '80s underground punk movement."—Charleston Post & Courier
"The book vividly recounts Grohl's incredible, one-of-a-kind rock 'n' roll journey."
—AOL Noisecreep
"Grohl's story is some tale to tell...[and] Brannigan tackles it adeptly."
—FHM
"Illuminating...This is the first fully-fleshed look at the musician...Brannigan looks at a young Grohl finding his way as a musician and follows him as he becomes part of Nirvana, one of the most influential bands of the grunge movement. A large part of the book is dedicated to this period, and the author makes sense of the phenomenon. This Is a Call is a well-written book."
—Curled Up with a Good Book
"If you're a fan of that kind of music and the guys that make it, you'll want to gobble up This Is a Call."
—Hudson Valley News
"A fascinating look at the fertile breeding ground that gave birth to such amazing bands as Nirvana and Foo Fighters."—Internet Review of Books
Read More Read Less 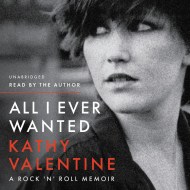 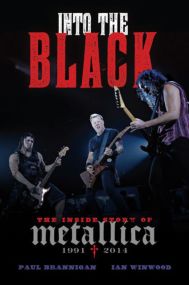 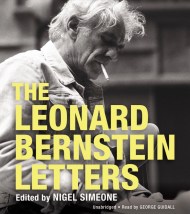 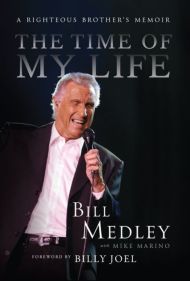 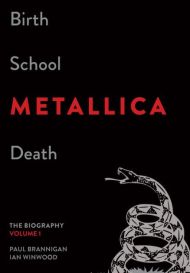 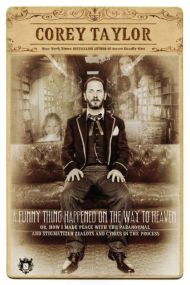 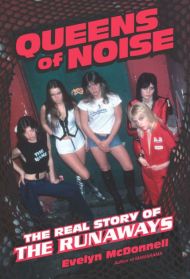 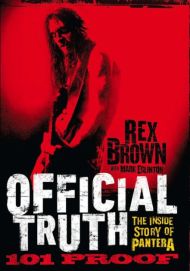 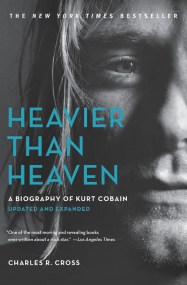 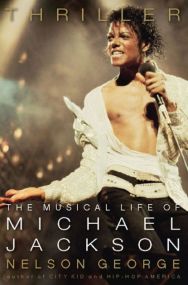 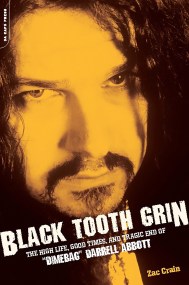 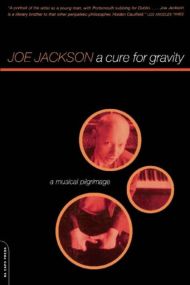