Little, Brown Books for Young Readers announced today the launch of a new imprint: Little, Brown Ink, dedicated to the publication of graphic novels for young readers. Headed up by LBYR’s Andrea Colvin, Editorial Director, Graphic Publishing, the imprint will publish approximately twenty titles per year, spread out over early readers, middle grade, and Young Adult, both fiction and nonfiction. 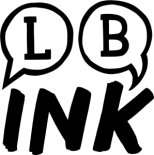 Megan Tingley, President & Publisher, Little, Brown Books for Young Readers said of the imprint’s launch, “Under the expert guidance of Andrea Colvin, LBYR’s graphic novel publishing has grown exponentially, right alongside the industry’s explosive growth. From our Classic Graphic Remix series that launched with the bestselling Meg, Jo, Beth and Amy, and Drew Brockington’s popular Catstronauts series, to acclaimed nonfiction works by Sophia Glock, Thomas King and Natasha Donavan, and Muhammad Najem, LBYR has been become a destination for eclectic graphic novel creators. The time is right to recognize this exceptional and robust program with its own name.”

“The first graphic novel I ever read was Tintin in Tibet by the Belgian artist Hergé and published in the US by Little, Brown Books for Young Readers. When I joined LBYR in 2019 to continue and revitalize their great comics publishing tradition, I felt my life had come full circle,” said @Andrea Colvin. “LB Ink is not just a graphic novel imprint, it’s an LBYR graphic novel imprint, with all of the quality, representation, author care, and award-worthiness that the division has come to be known for under the longtime leadership of Megan Tingley and Alvina Ling.”

Little, Brown Books for Young Readers is a division of Hachette Book Group, a leading trade publisher based in New York and a division of Hachette Livre, the third-largest trade and educational publisher in the world. HBG is made up of eight publishing groups: Little, Brown and Company, Little, Brown Books for Young Readers, Grand Central Publishing, Perseus Books, Orbit, Hachette Nashville, Hachette Audio, and Workman Publishing. For more information, visit hachettebookgroup.com.