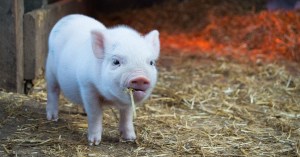 You know the saying, “Pigs are smarter than dogs or cats”? The truth is, it goes way beyond that. Read below for an excerpt from Esther the Wonder Pig on how this savvy pig came up with a plan to steal some food.

Esther is ridiculously intelligent and one hell of a manipulator. If you had to describe her in two words, you couldn’t go wrong with smart . . . and opportunistic. When Esther realized that stealing food got her in trouble, she didn’t stop stealing food. Instead, she devised a whole new method of larceny that made it easier for her to get away clean: She’d do it in steps. Esther’s schemes were brilliant: International jewel thieves could learn something from Esther.

The first time we realized she was up to something, we were sitting in the living room watching TV. I heard some rustling, so I peeked over to see what she was doing. I watched as she opened a cupboard, then turned around and walked out of the room. I was intrigued, so I sat and watched. A few minutes later, she went back into the kitchen, so I got up and walked around, being careful not to follow her but making sure I could get a glimpse of what she was up to. By the time I got to the kitchen, she had pulled out a basket of food, but she didn’t take it with her—she was leaving the room as I entered. I figured she had seen me coming and escaped before being caught. I put the basket back in the cupboard, closed the door, and went back to my chair.

About ten minutes later, I heard a noise again. I looked over and sure enough, the cupboard was open, and Esther was leaving the room again. I called Derek over, and we both sat where we could see everything. Esther waited patiently, then came back into the kitchen, pulled out the very same basket, and left the room again—still empty-handed, or empty-hooved, or whatever.

After about fifteen minutes, Esther returned, as nonchalant as could be. She just ambled into the kitchen as though she didn’t have a care in the world and then . . . BOOM! She snagged a bag of pasta from the basket, spun around, and hauled ass down the hallway.

Had our pig just executed a three-phase plot to steal some penne? 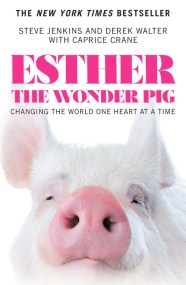 by Steve Jenkins and Derek Walter

Unlikely pig owners Steve and Derek got a whole lot more than they bargained for when the designer micro piglet they adopted turned out to be a full-sized 600-pound sow! This funny, inspirational story shows how families really do come in all shapes and sizes. 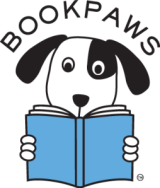