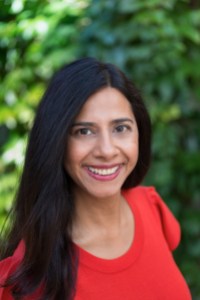 Internment straddles boundaries. Contemporary and speculative. Past and future. Fear and hope. I write in these spaces because that’s where I live. American. Immigrant. Indian. Muslim. In theory, this country is made of infinite identities—but now, more than ever, I’m a half-outsider.

I wrote the first words of Internment in January 2016. The Republican presidential primary was in its early stages, but the themes of the campaign and of the future presidency were well cemented: Us versus Them, border walls, Mexicans as criminals, black Americans as thugs, queer Americans as deviants, guns over children’s lives, a Muslim ban, a national registry.

America had been down the road of paranoia and ethnic bias before: the internment of Japanese Americans during World War II. But it’s not just our past. As I write this, immigrant children are being ripped from their parents’ arms and indefinitely detained in present-day internment camps. Here we were again, fearmongering based on a group’s identity. Knowing America’s history reminded me that the Constitution wouldn’t necessarily protect us. This terrified me.

Living with that kind of dread can swallow you, so I channeled my fear into a story. So I could find my way out. So I could breathe. When I saw others voicing their rage, rising up, and marching in the streets, it inspired me to use the privileges I do have—educational, financial, professional, and more—to speak the truth. It gave me power. And it gave me hope. So I wrote this story—about struggle, and resistance, and a girl who fights against silent complicity. A girl who persists.

I challenge you to speak up for the wrongs you see in the world. 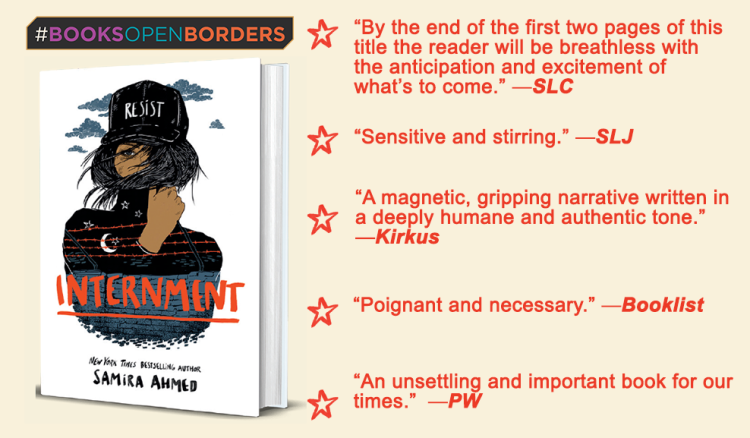 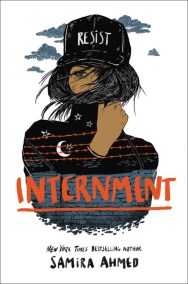 Rebellions are built on hope.

Set in a horrifying near-future United States, seventeen-year-old Layla Amin and her parents are forced into an internment camp for Muslim American citizens.
With the help of newly made friends also trapped within the internment camp, her boyfriend on the outside, and an unexpected alliance, Layla begins a journey to fight for freedom, leading a revolution against the camp's Director and his guards.
Heart-racing and emotional, Internment challenges readers to fight complicit silence that exists in our society today.