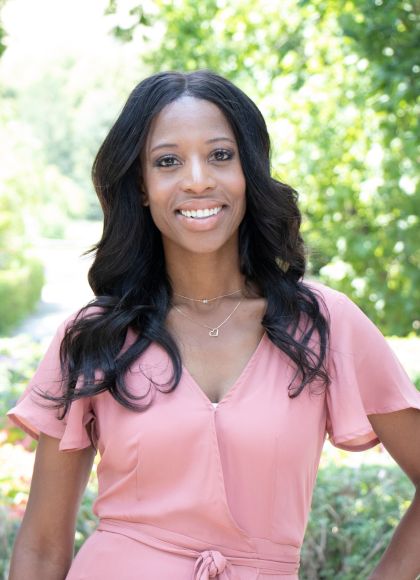 Mia Love became the first Black Republican woman to be elected to Congress in 2014. The daughter of Haitian immigrants, Love was born in New York, studied theater in Connecticut, converted to the Church of Jesus Christ of Latter-Day Saints, and settled in Utah, where she launched her career in politics. Love was first elected to the Saratoga Springs city council, and she was elected mayor of Saratoga Springs in 2009, becoming the first Black woman elected mayor in the state of Utah. Love served as the U.S. Representative for Utah’s 4th Congressional District from 2015–2019. Currently, she serves as the National Outreach Director for the Center for Growth and Opportunity at Utah State University, is a political commentator for CNN, and enjoys serving as an independent board member for a few U.S. companies.

"Mia Love’s journey and her voice are one-of-a-kind. Her life story, from growing up as the child of Haitian immigrants to serving in Congress, is not only unique but also incredibly relevant as Republicans seek to build a forward-looking party capable of meeting our nation’s challenges. Qualified perfectly encapsulates Mia's commitment to character, her willingness to stand by her principles, and her unwavering desire to better the world around her. In Congress, Mia made a big impact in a small amount of time. Qualified details how and why she was so successful. I’m proud to call Mia a friend and I am confident that, just as I have been, readers will be inspired by her experiences and the values she holds dear."—Former Speaker of the House Paul Ryan (R-WI)
"Mia Love’s life story is an awe-inspiring journey in pursuit of selfless service, faith, family, and the American Dream. She is a strong woman, dedicated mother, loyal friend, and principled leader. It is such a blessing that Mia has chosen to open up about her amazing experiences, essential lessons learned, and trailblazing path to success."—Representative Lee Zeldin (R-NY)
“Mia Love's personal story as a first generation American and ultimately the first female Black Republican elected to Congress is a gripping and inspiring one.”—Jake Tapper, CNN anchor and Chief Washington Correspondent
"Mia is a trailblazer and role model for women and girls across America. As someone whose life was shaped by powerful, positive women, I know her voice has an important role to play in our national discourse. I hope others will be as enriched by her story as I have been by her friendship."—Senator Tim Scott (R-SC)
Read More Read Less