Soul of the World

"A great epic fantasy debut. Memorable characters, intriguing magic systems and a well-realised world"
—James Islington
"The first book in The Ascension Cycle is an impressive fantasy debut with three main compelling characters and a unique magic system sure to capture a fantasy reader's attention . . . . Mealing does a fabulous job with the intricate world-building and leaves the reader wanting to get their hands on the sequel."
—RT Book Reviews
"Imaginative and elaborate epic fantasy debut . . . Strong characters and rich worldbuilding."
—Publishers Weekly
"A story of magic, ambition, greed, betrayal, and war."
—Booklist
"I was blown away by how much I enjoyed it . . . . Soul of the World is a magical book, almost overflowing with originality."—The Quill to Live
"A riveting debut. It's got everything I could possibly want in a fantasy book."
—Powder & Page Book Reviews
"The magic systems in this book are epic and the comparison to Sanderson and Rothfuss is quite deserved."
—On Starships and Dragonwings Book Reviews
Read More Read Less 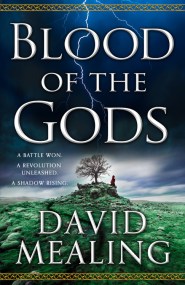 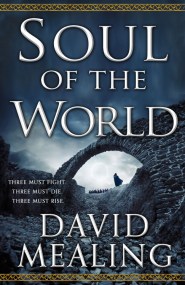