"Dazzling...wildly inventive and daring...the writing itself is flawless...The Regrets is a miracle of a love story, a brilliant novel that asks perceptive questions about the line between love and (literal) possession, about what we're willing to do for love."—NPR.org
"Boldly sensitive, sexy, witty, and sad- good lord, thank you, Amy Bonnaffons, for writing a book like a tonic for those of us who are painfully wide open to the world and 'fatally vulnerable to magic.' Readers will find themselves haunted by The Regrets long after putting it down."—CJ HAUSER, author of FAMILY OF ORIGIN
"The Regrets captures the bardo of love, a world where living flesh and ghostly projection are indistinguishable, as they often are in the yearnings, desires, and infatuations of our own waking lives."—MELISSA BRODER, author of THE PISCES
"A surreal love story about the courtship between a living woman and a dead man...It is a plot that could be-that should be-unbearably twee, oppressively quirky, in love with its own melancholy. Instead, Bonnaffons' first full-length novel is a rare pleasure: a philosophical rom-com too weird, too bodily, too precise, too fun to get bogged down in trembling sentiment. Deep and deeply funny."
—KIRKUS (Starred Review)
"If orgasm is, as the French would have it, a 'little death,' no novelist I know illuminates the tingling play between sex and mortality better than Amy Bonnaffons. At once love story, ghost story, and low-key philosophical investigation into the nature of existence, The Regrets is a supernatural tale about the super natural vagaries of love: the transcendence of attraction, the haunting of possession, and the potency of daydream."—RACHEL LYON, author of SELF-PORTRAIT WITH BOY
"Bonnaffons's wonderful debut novel is a tale of ghostly love and passion...The tension of an ephemeral romance and impending loss will keep readers turning the pages, and the luminous prose is vibrant with penetrating observations, whether about moments that are a 'crucial node in the universe's vast plan' or about dying-with or without regrets. This sexy, witty novel about life, death, and love's power will enchant readers."
—PUBLISHERS WEEKLY (Starred Review)
"In Amy Bonnaffons's remarkable debut novel, The Regrets, love is spectral-both literally and figuratively. This is a book about ghosts and angels and dreams, but its emotional register is grounded and unmistakably human. The Regrets examines the way wisdom can interfere with fulfillment and self-protection with the joy of living. It is somehow both sly and earnest, humorous and haunting. Bonnaffons reads like Haruki Murakami for the millennial generation; she is weird, tender, and full of magic."—LUCY TAN, author of WHAT WE WERE PROMISED
"This tight and lyrical debut novel follows the flawed members of a sticky love triangle...Bonnaffons (The Wrong Heaven, 2018) has a deft hand for dialogue and character development, which grounds the fantastical nature of her novel in the sharp truths of real-life love and desire."—BOOKLIST
"Just when you think there's no new way to write about heartbreak, along comes Amy Bonnaffons with her smart, spooky debut novel 'The Regrets,' in which a hip, single Brooklyn librarian falls for a sexy ghost."
—WASHINGTON POST
"Bonnaffons is a masterful chronicler of female desire and its discontents."
—LENI ZUMAS, author of RED CLOCKS
"Written in piercing prose, this brisk exploration of love, sex, and loss will leave you feeling pleasantly haunted."
—ENTERTAINMENT WEEKLY
"Amy Bonnaffons gives an entirely new meaning to the term 'ghosting' with her clever debut novel. It's a high concept she grounds with insightful, sometimes painfully accurate observations about dating, skewering a particular brand of millennial dirtbag boyfriend while tenderly examining the heart of a woman who falls for him... Bonnaffons makes the figurative literal to charming effect."
—USA TODAY
"Bonnaffons reveals the mysteries inside of us, just waiting to make themselves known."
—KEVIN WILSON, author of NOTHING TO SEE HERE
"Her name's Rachel, she's a librarian in New York, and she's in love with a ghost. Her man is stuck in a purgatory of sorts, and their relationship is up against time. This sounds weird (it is), but it's also sexy and worth it. It will make you think hard about life, death, and love. Perfect, since V-day is next week."
—THE SKIMM
"Amy Bonnaffons is the real deal. She's a woman of impossible juxtapositions."
—DARIN STRAUSS, author of HALF A LIFE
"A girl encounters a ghost on a Brooklyn bus and falls head over heels in this witty update of the Bridget Jones-esque rom-com in which soul mates bond via 'perfect consonance, zero conversation.'"
—O MAGAZINE
"Bonnaffons is excellent at depicting the unreasoning nature of desire, the physical yearnings that can make shacking up with a sexy ghost seem like a good idea."
—WALL STREET JOURNAL
"In this hauntingly beautiful debut novel, a love affair crosses the line between the living and the dead."
—SHELF AWARENESS
Read More Read Less 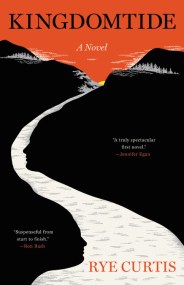 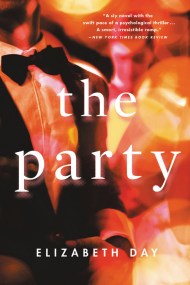 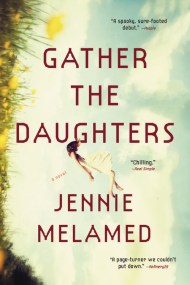 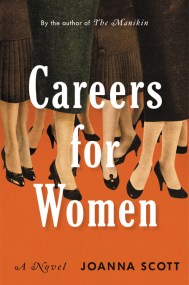 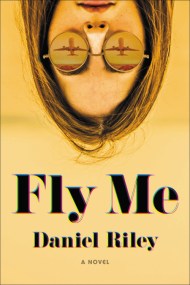