"The Marine Corps likes to present itself with dutiful seriousness. Terminal Lance is a counterpoint to that. It is a tribute to the service's permanent underclass, the young grunts who are too weary to feign enthusiasm anymore."
—New York Times
"Uriarte is the Bill Maudlin of millennials. His comic is earthy, cynical and profane, as anyone who has spent time around enlisted Marines would expect. But he also is surprising in his views. He is, for example, scathing about veterans who wail about how gays and women have ruined the Marine Corps.... [This] is probably the best book about Marine Corps culture in decades."
—New York Times Book Review
"Hilarious.... A winking self-awareness and compassion for the daily drudgery of the grunt's life make his collection more than a mere peek into a troop's insider experience--he's poised to become a Bill Maudlin for the social media generation."
—Publishers Weekly
"Terminal Lance is true and vital and hilarious."
—Houston Chronicle
"A clear-eyed view of life as a grunt.... The strips, drawn in a simple, unadorned style, sardonically depict the near-daily tribulations and occasional pleasures of military life.... A rare opportunity for those on the home front to get a sense of the true concerns and feelings of those deployed overseas."
—Booklist
Praise for The White Donkey:
—-
Winner of the Marine Corps Heritage Foundation 2017 James Webb Award

One of Barnes & Noble's Best Comic and Graphic Novels of 2016

—Carolyn Kellogg, The Los Angeles Times
"A masterpiece."
—Ray Olson, Booklist (starred review)
"Combines a casual, straightforward dramatic style with clear, no-frills art that draws readers into his characters' everyday experiences and then wallops them with the tragedy of ordinary life...Both respectful to the military and its role and sympathetic to the delicacy of the young soldiers, the story's power lies in a middle-ground view of the ongoing social conflict, seeking to bridge understanding on both sides."
—Publishers Weekly (starred review)
"In many ways, The White Donkey is one long illustrated deployment journal.... Yet, tucked into the panels and frames, are those singular moments that, like a rock cast into a pond, send their ripples out almost infinitely-altering lives and ending others. The White Donkey follows the tremors, backwards and forwards, and manages to illustrate what feels like a 'true' war story and a lonely chapter in a war our country is trying desperately to forget."—The Washington Post
"Few books pack the punch of The White Donkey. Uriarte has a genius for details that illuminate the truth and pull you into the story with cinematic fervor. He uses the art form itself to punctuate his pacing and immerse you in the inner reality of a marine's life.... Uriarte puts it all on the page for a story that is hardcore and haunting. A brilliant addition to wartime literature. A+"—JeriAnn Geller, Booktrib
"In The White Donkey, a sense of alienation pervades Abe's experience. He endures the tedium of war, the yearning for action to gain legitimacy in the eyes of fellow Marines, and, finally, the horror of combat... all drawn with stylized realism."—The Wall Street Journal
"A vivid and gripping tale.... For my brother Marines: this book is mandatory.... And for our civilian friends that are always asking, 'What's it like in the Corps?' this book will help you to understand. Even more importantly, it could help you help someone who may have returned to the civilian world with invisible wounds."
—John Absalom, Maui Time
"Spiked with bitter and obscene humor, this debut and first-ever graphic novel about the Iraq War from a veteran reveals the cynical tedium of daily life in combat and how voluntary service can lead to an existential crisis of self-blame. Compelling."
—Martha Cornog, Library Journal
"A palpable reminder of how text and art can craft an unspoken, and in a sense, indescribable narrative power."
—Narrative Species
"The White Donkey examines our expectations of war according to what the media has showed us. Uriarte is concerned with how the war impacts people who are expected to transition back to a civilian world that understands the conflict in terms of The Hurt Locker and American Sniper."—Matt Young, The Rumpus
"This book hits you right in the gut. If you've ever wondered what it's like to serve in the Marine Corps and the experience of deployment in a war-torn country like Iraq, this book will help you understand."
—Carolyn Koh, Boing Boing
"This is a wonderful book for anyone interested in the Iraq War, and how difficult it is for our veterans to readjust to civilian life."
—Whitney Smyth, Portland Book Review
"The White Donkey is nearly impossible to put down. As we root for characters that seem unflinchingly true to life, Abe's story remains gripping right up to the very last emotionally charged page."—The Santa Fe Reporter
"Uriarte has grasped at powerful mysteries-about what drives young people to join the military and willingly confront danger, about the experience of trauma and grief, and about friendship-and by the end of the book, has given us a portrait of one man's lonely, courageous attempt to come to terms with these mysteries."
—Temple Cone, The Washington Free Beacon
Read More Read Less 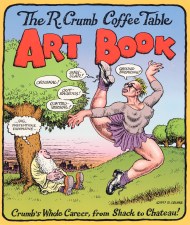 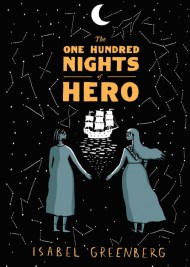 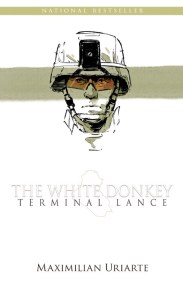 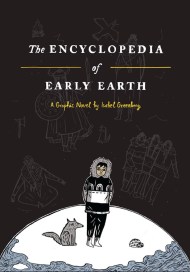