"Don't pick up a Mackay book unless you've got spare time. They're habit-forming."—Janet Maslin, New York Times
"Contemporary noir doesn't boast a more elegant stylist than Mackay. Even in evoking a world of scuzziness, he makes the lure of redemption sing."
—Lloyd Sachs, Chicago Tribune
"It is a joy to wallow in the muck with Mackay, who writes in a bold style that reflects confidence rather than bravado, occasionally breaking up the tension with a wry joke."
—Marilyn Stasio, The New York Times Book Review
"The [Glasgow] trilogy was a bravura performance, and one had every reason to expect that Mackay would do more with such rich material. That expectation has now been met, and rousingly so."
—Dennis Drabelle, The Washington Post
Read More Read Less 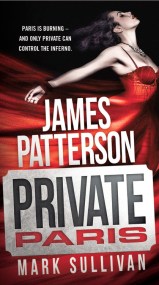