"Bloody and relentless."—George R. R. Martin on Best Served Cold
"Bold and authentically original."—Jeff VanderMeer
"Abercrombie has written the finest epic fantasy trilogy in recent memory. He's one writer that no one should miss."—Junot Diaz
"If you're fond of bloodless, turgid fantasy with characters as thin as newspaper and as boring as plaster saints, Joe Abercrombie is really going to ruin your day. A long career for this guy would be a gift to our genre."—Scott Lynch, author of The Lies of Locke Lamora
"Compelling characters, a complex plot, and style to burn."—Strange Horizons
"Pointed, driven, and sharp."—Locus on Red Country
"Magnificent, richly entertaining"—Time on The Heroes
"There is a gritty edge to his world and an awareness of the human cost of violence that is very contemporary."—The Times
"Imagine The Lord of the Rings as directed by Kurosawa."—Lev Grossman, Wall Street Journal on The Heroes
"[Abercrombie has] begun breaking his own rules. And succeeding wildly at it. ... [R]arely has Abercrombie had so much fun while rollicking through his colorful cast's foibles and witty dialogue - and rarely has he dished out so much straight-for-the-heart poignancy."—The A.V. Club
"New, fresh, and exciting."—The Independent (UK)
"Exhilarating... Abercrombie's knack for wit and grit holds your attention throughout, and his eye for character means that there's heart as well as muscle."—SFX (UK)
"Abercrombie writes fantasy like no one else."—Guardian (UK)
"Heroic fantasy without conventional heroes . . . Full of cynicism and wit."—RT Book Reviews
Read More Read Less 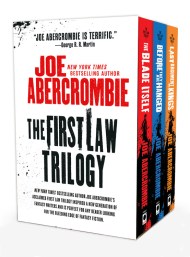 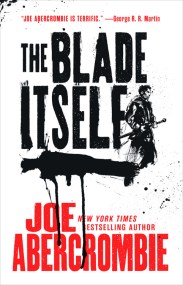 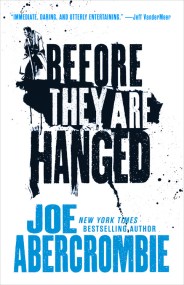 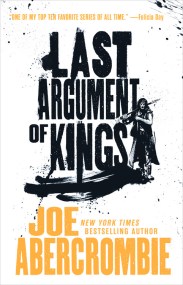