"With prose that rises above most novels, Devin Madson paints evocative scenes to build an engaging story. Highly entertaining, We Ride the Storm is certainly worth your attention and Madson is an exciting new author in fantasy."—Mark Lawrence, author of Red Sister
"A tale that hits all the right spots. Imaginative world building, a pace that builds perfectly to a heart-pounding finale and captivating characters. There's a lot to love here. Highly recommended."—John Gwynne, author of The Faithful and the Fallen series
"Intricate, compelling and vividly imagined, this is the first in a new quartet that I am hugely excited about. Visceral battles, complex politics and fascinating worldbuilding bring Devin's words to life."—Anna Stephens, author of Godblind
"Fans of George R. R. Martin's Song of Ice and Fire series will appreciate the feudal political maneuvering, shifting alliances, and visceral descriptions of combat and its aftermath in this series starter."—Booklist
"An utterly arresting debut, Storm's heart is in its complex, fascinating characters, each trapped in ever tightening snarls of war, politics and magic. Madson's sharp, engaging prose hauls you through an engrossing story that will leave you wishing you'd set aside enough time to read this all in one sitting. One of the best new voices in fantasy."—Sam Hawke, author of City of Lies
"A complex tale of war, politics and lust for power."—The Guardian
"A brutal, nonstop ride through an empire built upon violence and lies, a story as gripping as it is unpredictable. Never shying away from the consequences of the past nor its terrible realities, Madson balances characters you want to love with actions you want to hate while mixing in a delightful amount of magic, political intrigue, and lore. This is not a book you'll be able to put down."—K. A. Doore, author of The Perfect Assassin
"Darkly devious and gripping epic fantasy boasting complex characters, brutal battle and deadly intrigue. We Ride the Storm is breathtaking, brilliant and bloody -it grips you hard and does not let go."—Cameron Johnston, author of The Traitor God
"Madson has built a living, breathing world of Empire and fury. We Ride The Storm grabs you by the throat and doesn't let go."—Peter McLean, author of Priest of Bones
Read More Read Less 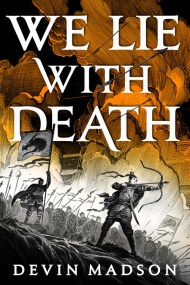 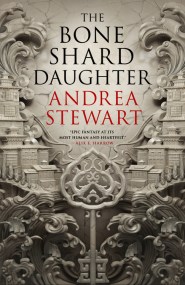