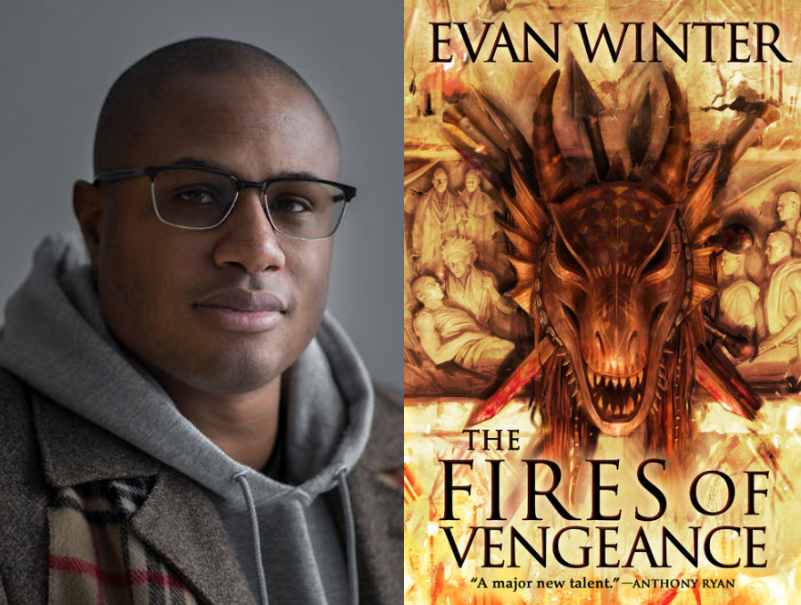 Evan Winter has always loved fantasy novels, but when his son was born, he realized that there weren’t many epic fantasy novels featuring characters who looked like him. So, before he ran out of time, he started writing them. The Fires of Vengeance is a gripping sequel in the Game of Thrones meets Gladiator epic fantasy series. Tau and his Queen, desperate to delay the impending attack on the capital by the indigenous people of Xidda, craft a dangerous plan.

THE RAGE OF DRAGONS is “Bronze-Age John Wick.”

Two inspirations stand out right now:
1. A need to explore my worry that, though it may bend or be bent, the arc of the moral universe is in no way destined to lead to a more just world.
2. The desire to tell a story that would have made younger me feel seen in the genre I loved more than anything, and, if the book is too late for younger me, it might be just in time for my son (he’s almost nine and tells me that he wants to be an author, and my heart can barely take it when he says it).

Though I can’t go there now because we’re still in the grips of a global pandemic, here’s a picture of my favorite writing space. I wrote most of my first book and some of my second in this carrel at the local library, and it helped to have a routine that involved getting ready to head to the ‘office’ for a day of writing. 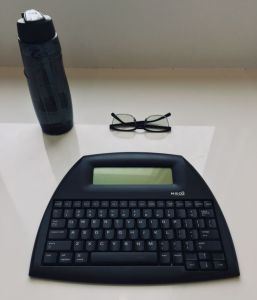 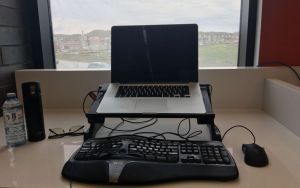 I just finished a non-fiction read that examines the hell-driven vileness underpinning the foundation on which entire real-world nations are built and sustained, and it’s incredibly hard for me to imagine anyone getting through the work unchanged. The book is CASTE by Isabel Wilkerson, and I can’t recommend it highly enough.

I mostly read empire-sprawling epic fantasies filled with action and adventure, and there are few better places to kick back and dive into these vividly imagined worlds than in the guest bedroom my wife calls her ‘boudoir’. 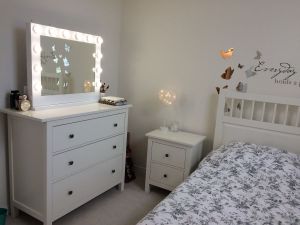 In this "relentlessly gripping, brilliant" epic fantasy (James Islington), an ousted queen must join forces with a young warrior in order to reclaim her throne and save her people.

Tau and his Queen, desperate to delay the impending attack on the capital by the indigenous people of Xidda, craft a dangerous plan. If Tau succeeds, the Queen will have the time she needs to assemble her forces and launch an all out assault on her own capital city, where her sister is being propped up as the 'true' Queen of the Omehi.

If the city can be taken, if Tsiora can reclaim her throne, and if she can reunite her people then the Omehi have a chance to survive the onslaught.

"This gritty series set in a South African–inspired fantasy world is an intense reading experience, and the second book is just as phenomenal as the first."—BuzzFeed News

"The Fires of Vengeance is epic fantasy at its finest."—Winter Is Coming