This self-guided walking tour through downtown Chicago passes some of the city’s most famous sights. You’ll admire sculptures by Picasso and Calder, gaze at some of the city’s historic architecture, and finish with drinks and a view of the skyline. Start in the late afternoon and finish in time for happy hour at Cindy’s Rooftop Bar.

Start your exploration of Chicago’s Loop by taking the Brown/Pink/Orange L line to the LaSalle/Van Buren Station. Walk one block north on La Salle Street to the Chicago Board of Trade Building, a stunning art deco skyscraper. Power up with a power lunch at the Ceres Cafe in the building lobby.

Turn left onto North Dearborn Street and walk five blocks north toward The Picasso, located outside the Richard J. Daley Center. Unveiled in 1967, the 50-foot-tall sculpture was the first major piece of public art in Chicago.

Turn right on West Randolph Street and walk one block east, passing the 1926 Oriental Theatre. A peek inside the lobby reveals some of its elaborate interior. At North State Street, look left for a photo op of the Chicago Theatre’s flashing iconic marquee. Built in 1921, the theater still hosts plays and shows (tours are offered daily at noon).

Turn right on North State Street and walk one block south, then turn left onto East Washington Street. In two blocks you’ll reach the Chicago Cultural Center. Step inside to gaze upon one of the most beautiful interiors in the city.

Cross Michigan Avenue and enter Millennium Park. Snap your photo under Cloud Gate, admire the Crown Fountain, and wander through the Lurie Garden.

From Millennium Park, take the Nichols Bridgeway to cross south over East Monroe Street and enter The Art Institute of Chicago. Use the museum brochure to follow a self-guided tour through the impressive collection.

Exiting The Art Institute of Chicago, walk two blocks north up Michigan Avenue and stop in at the Chicago Athletic Association Hotel. Head up to Cindy’s Rooftop Bar for drinks with an amazing view over Millennium Park. 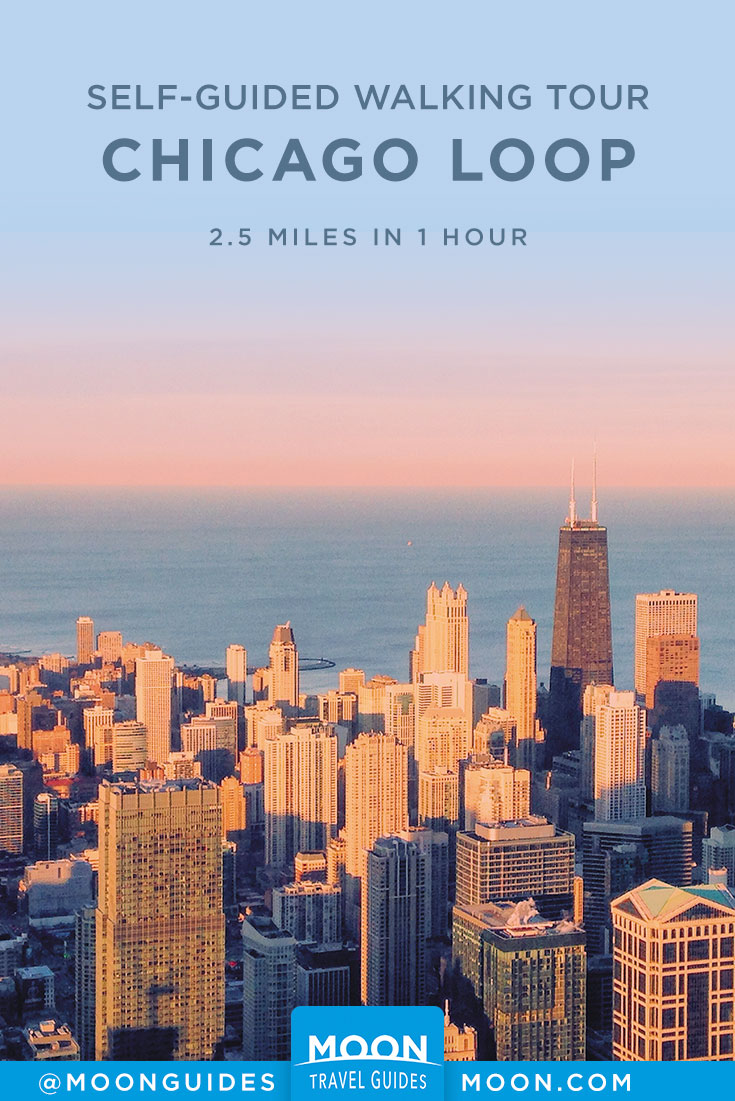