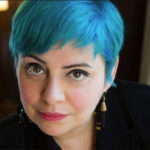 I grew up loving faerie stories. I would search through the overgrown and feral lawn ofthe ramshackle Victorian house I grew up in for evidence that faeries existed. I thought they might live in the old termite-ravaged stump, which had been devoured so thoroughly that the wood took on a lace-like quality, full of holes that gave the appearance of little windows. I thought they might live in the knotholes of trees or in leafy squirrel nests.

I didn’t give much thought about what would happen if I found that evidence. Back then, what I wanted more than anything, was for something to happen. I had a vast yearning for magic. And faerie stories appealed to me, with the strange resonance of their rules. One way to see faeries, for instance, is to stand with one foot in the water and one on land — because you are in both places and neither place at once. Faeries are liminal creatures, appearing between the hours of dusk and dawn, when it is not quite day and not quite night. And they appear to teenagers, who are no longer quite children and yet not quite adults either. Faeries are creatures of transformation —hard to pin down.

My first book, Tithe: A Modern Faerie Tale, came out in 2002. I was incredibly lucky to stumble into YA when I did, on the eve of a massive expansion. I was there to witness the growth of this still relatively new publishing category as it ate up bookstore floor space and redefined itself. Before, YA had had a small shelf in the children’s department, next to the board books. It was like a sleepy town on the eve of a boom. What I loved about those early days of development is that they allowed for experimentation. Readers coming to YA didn’t necessarily come specifically for fantasy, science fiction, mystery, or romance. They were willing to read expansively, having never been taught not to. They made bestsellers out of books of poetry. YA grew and I got to tell my faerie stories and then I told other stories too.

Over the last decade and a half, I’ve seen the industry expand and narrow and now it feels as though it is on the eve of expansion again. We’re seeing more people’s stories being told, specifically stories by writers of color and LGBTQ+ writers, stories that reflect a broader spectrum of experience, from living with mental illness to disability representation. We’re seeing more genre-blending, more experimentation, more pushing at the edges of what’s been perceived as YA, both in terms of content and age of readership. In short, we’re seeing more.

And now I am happy to be coming back to writing about faeries. In The Cruel Prince, I am telling the kind of story I haven’t before — one no longer on the outskirts of Faerie, but deep inside. It’s a story my younger self couldn’t have written.

It’s about a girl named Jude with two sisters, Vivienne and Taryn. Vivi is the oldest. They were born in the human world and while Vivi had cat eyes and lightly furred pointed ears, they didn’t think much about that while they roamed around their own backyard. Then one day, a man with eyes like Vivi’s comes to their front door. He gets into an argument with their mother and it becomes clear that he’s accusing her of being his wife and running off with his heir. The more Jude looks at him, the more she realizes his skin is tinted green and there’s something wrong with his teeth because his bottom incisors are longer than they should be. And when he catches sight of her, he’s enraged — because clearly his wife didn’t just run off with his kid, but had more kids with someone else.

Then Jude’s dad comes out of the backyard and he has a sword with him. A moment later, the man has his own sword out and her dad is dead. Jude’s mom tries to run, but he throws his sword and kills her too.

This man turns out to be a faerie, of course. And he wants to take Vivi back to Faerie.  But he takes Jude and Taryn too because what else is he going to do with them? He just killed their parents and from his perspective, they are his wife’s kids and thus his problem. So these two mortal girls grow up in Faerie — raised by this guy who is absolutely terrifying to them — but eventually, also kind of their dad.

The book is sort of a reverse-changeling story. I love changeling stories, because I am always interested in characters who have their feet in two worlds and because being a changeling literalizes something that’s universally true. We all feel like we don’t fit in sometimes. And in The Cruel Prince, Jude doesn’t fit. She’s not bound by the same rules — she can lie and faeries can’t. She’s not a magical being who will live forever, she doesn’t smell like crushed verbena, and she doesn’t really have a position in the Court of the High King of Elfhame.

The Cruel Prince is a story about sisters, it’s kind of about moving and the trauma of new schools, it’s kind of about dads and daughters, and about becoming what we’re most afraid of. It’s about what makes a family, how we define ourselves, how we survive. I feel like those questions are young adult preoccupations and concerns, but also they are concerns that all of us may be feeling more deeply in this present moment. And it’s also a story about princes, plots, court intrigue, strategy, and swordfighting.

Stepping into writing Faerie stories again, I am looking both backwards and forwards. It is said that one can never step into the same river twice and in YA that is especially true. It’s a liminal genre. A genre of genres, of reinvention and transformation. It stands between books for children and for adults, belonging to both and neither. And at fifty years of age, it has grown broader and deeper, but remains blessedly, magically hard to pin down. 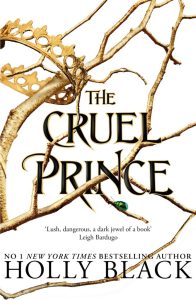