“If I had to review the book 'Pakistan: A Hard Country' in one line I would say it is brilliant. The book is well researched, informative, insightful, but most of all for a country that finds itself often in headline news for the wrong reasons, empathetic.”

The Age, May 20, 2011
“In his fine new book Pakistan. A Hard Country, Lieven argues that while the state is weak, Pakistani society is immensely strong.”

New Statesman, May 12, 2011
“does much to counter lazy assumptions about the country that proliferate elsewhere"

The Spectator, May 13, 2011
“His analysis of networks and systems is precise; his accounts of his travels illuminating as well as entertaining.”

The Guardian, May 1, 2011
“Lieven's Pakistan: A Hard Country is one such blow for clarity and sobriety… Lieven overturns many prejudices, and gives general readers plenty of fresh concepts with which to think about a routinely misrepresented country.”

“his book may be described as the most informed Gazetteer on contemporary Pakistan. Instead of the too often repeated narrative of Pakistan's history and ills, he offers a broader sweep into the condition of the provinces, the climate, the political parties and their personalities—and, in his best chapter, an important discussion of how today's Taliban represent a continuation of similar uprisings a century ago.

“Since the death of Osama bin Laden in Pakistan last week, it's become increasingly clear that anyone hoping to follow international affairs should perhaps have begun watching that country some time ago. Fortunately, Pakistan: A Hard Country serves as an outstanding primer — even reading just the introduction is supremely useful… Lieven crafts a lucid and thoroughly fascinating whole from a wealth of information… Lieven's writing is excellent, especially crucial in a book tackling a topic with which many readers are entirely unfamiliar. Moreover, he clearly loves the place and its people. Pakistan: A Hard Country is the work of one of those rare writers able to see his subject in all its complexity, without either turning away or becoming a partisan of one perspective or the other.”

IBN Live, May 19, 2011
“The gulf between…the multiple realities most Pakistanis know - and how outsiders perceive their country is wide and deep. Lieven's book is an ambitious and much-needed attempt to bridge it. The most striking thing about the book is its informed and consistently sensible tone. This tone is not heard much in discussions about Pakistan, and it is refreshing. Lieven writes in an affable, conversational voice, but not a casual one. His observations are precise and judicious.”

Financial Times, April 22, 2011
“Pakistan, as Anatol Lieven explains in this thorough analysis of the internal sources of this resilience, will not disintegrate easily…He deftly tackles the misperception in the west that Islamist groups might easily sweep through Pakistan.”

The Nation, April 13, 2011
“This book could hardly be timelier. Lucid and well informed, he deals carefully with Pakistan's well-known problems. He raises hope, avoiding the hysteria and partial judgment that disfigure much contemporary writing on the subject. Above all, he emanates a deep affection bordering on love for the unfortunate, beleaguered, magical Pakistan.”


The New Republic, May 5, 2011
“Thanks to Mr. Lieven's sound scholarship and perceptive insights in ‘Pakistan: A Hard Country,' readers will come away with a clearer understanding of why it is such a complex, conflicted country and why it will continue to be of vital interest to the United States long after the last American soldier has come home from Afghanistan.”
Policy Review, August/September 2011

“His experience as a reporter gives Lieven both the tone of an insider and a vast affection for the country, which he credits for giving him "some of the best moments" of his life. In an attempt to explain the world's sixth-most populous nation in under 600 pages, Lieven ranges widely, touching upon everything from the rise and fall of landed families in the Punjab to the sloth of the national police to the garish décor in wealthy homes. To this ambitious task the author brings both thoroughness and an impressive familiarity with his subject.”


DAWN.com September 2, 2011
“Lieven's is the one I would most strongly recommend to anyone wishing to learn about Pakistan…. The book is shot through with sharp insights and flashes of mordant wit that make it a pleasure to read.”

“Lieven's feat lies in his remarkable, flesh-and-blood portrait of the nation, ranging across demographic swathes and including a chorus of voices from farmers to intelligence officers. The picture is one of a semi-anarchic nation mired in police savagery, institutional corruption, population bulges, water shortages and the risk of catastrophic environmental disaster following last year's floods.”

Newsline Magazine, June, 2011
“Pakistan: A Hard Country manages to be clear-headed and realistic, a welcome respite from the scare-mongering that taints so many western accounts of Pakistan.”

The Organiser (India), June 26, 2011
“This book is about the best that has been published in recent times about Pakistan.”

“Pakistan-A Hard Country is one of the most detailed accounts of a country which often seems like it is held together by chewing gum (or willpower, if you like)—but what still makes it tick? Anatol Lieven knows, and it shows in this work.”

"Yet for drama, colour and complexity, [Pakistan] is hard to beat; and Anatol Lieven captures the richness of the place wonderfully. His book has the virtues of both journalism and scholarship..."

“The release of Anatol Lieven's latest book, Pakistan: A Hard Country, could not be timelier. This insightful, comprehensive portrait of Pakistan is the perfect antidote to stereotypical descriptions of the country as the most dangerous place in the world… Pakistan: A Hard Country has the power to dampen the paranoia about Pakistan's security complex, put terrorism in perspective, and humanize Pakistanis.”

Foreign Affairs, May/June 2011
“Challenging the notion that Pakistan is fragile, Lieven presents in exquisite detail how things actually work, for better or for worse, in that ‘hard country.'”

“Lieven breaks down his study by specific region; considers the structures of justice, religion, the military and politics in turn; and, finally, in a skillful, insightful synthesis, addresses the history of and issues concerning the Taliban, both Pakistani and Afghani. A well-reasoned, welcome resource for Western "experts" and lay readers alike.”

“Everybody nowadays seems to take a view on Pakistan. Very few know what they're talking about. Anatol Lieven is that rare observer - a scholar who writes like the best kind of foreign correspondent about a country that he takes and measures on its own terms. Pakistan, a Hard Country offers an intimate and compellingly relevant portrait of an increasingly pivotal nation to the future of the world, for better or for worse. It fills a large gap in our understanding.”


Huffington Post, April 3, 2011
“Over the last decade, Lieven has been one of the smartest and most fair-minded commentators on the global situation, and in this important, very timely book, he explains the regions, classes, history, and prospects of Pakistan with equal value for both the neophyte and the expert. Based on Lieven's first-hand knowledge of the country for the past 20 years.”


Economist, April 7, 2011
Wall Street Journal, June 27, 2011
“[Lieven] brings an infectious enthusiasm to his task of summarizing the workings of the world's sixth most populous country. In this quest, he ranges effortlessly from a police station in Peshawar to a politician's mansion in the Punjab to the mean streets of Karachi. He dishes up pithy observations while delving deep into the nation's history, politics, culture and institutions… Mr. Lieven's eye for detail, command of subcontinental history and old-fashioned shoe-leather reporting make this in many ways an excellent primer on Pakistan.”

The Nation, July 18, 2011
“Lieven has written a sensible and thorough exploration of Pakistan's political sphere… Pakistan is a large subject, and an unforgivingly complicated one at that, yet Lieven manages to tackle some of its most obscure problems without losing his cool... Lieven has written a very measured book, no easy task when writing about such a hard country.”

TotalPolitics.com, summer reading guide, June 28, 2011
“counter-intuitive… [Lieven] argues that the question should be not why Islamist political movements are so strong in Pakistan today, but why they are so weak. Provocative.”

Irish Times, June 4, 2011
“An insightful book that is part anthropological study, part reportage. Threaded throughout are the voices of ordinary Pakistanis farmers, politicians, spooks, landowners, businessmen, soldiers, judges, clerics and jihadis whose contributions in the form of direct quotes enliven and illuminate this complex yet affectionate portrait of their country. Published just before bin Laden s death, the book does not read as if it has been overtaken by events. Indeed, its textured, penetrating survey of the dynamics shaping contemporary Pakistan could hardly be more timely, given the relative dearth of literature on the subject. Lieven makes a compelling case for why we should pay more attention to what is one of the most important but least understood countries in the world.”

Small Wars Journal, June 5, 2011
“Anatol Lieven has written an excellent book…It is perhaps the one book to read on Pakistan in 2011, and offers a level of nuance required for those wanting to become true specialists on the complexity of Pakistan's political history.”

Foreign Policy's AfPak Channel, October 13, 2011
“Despite Pakistan's heterogeneity, one aspect of the country that demonstrates some homogeneity is the universal nature of the "clan-based" system of allegiance that is ingrained in most Pakistanis. This system has been recognized for some time, and was articulated recently, and most clearly, by the scholar Anatol Lieven in his book, Pakistan: A Hard Country.”

“Lieven offers historical perspective and a coherent, nuanced picture of the strategic concerns, politics, and occasional paranoia underlying Pakistani actions… The book covers a vast amount of ground and is packed with information, much of it fascinating and laden with significance for Washington policymakers.”

Survival
“All in all, Lieven presents a subtle and nuanced picture of Pakistan that draws on deep scholarship and direct personal experience. Though by far the longest and most complex of the books reviewed here, if busy policymakers have time to read just one volume, this should be it.” 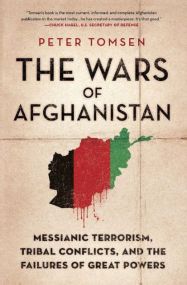 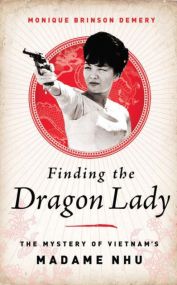 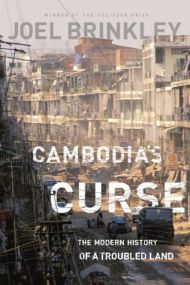