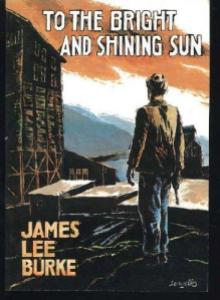 To the Bright and Shining Sun, by James Lee Burke

An early novel from James Lee Burke, first published in 1970, describing the hardscrabble life of a young man, Perry Woodson Hatfield James, who works the coal mines of Kentucky and navigates the volatile and sometimes violent existence of the inhabitants of the Cumberland Plateau. The descriptive powers of the author and his stunning sense of place are in full force here. I especially enjoyed the section of the novel that takes Perry through the rigors and challenges of the Job Corps, and Burke’s unsentimental take on the ravages of poverty in Appalachia. This is a great one, written when Burke was working under the radar screen and perfecting his craft. My copy is the Dennis McMillan trade paper edition with the evocative Joe Servello artwork. You’ll have to settle for the recently reissued mass market paperback. Everything I’ve read by James Lee Burke has been top shelf. He’s one of the best we have.

Off to the Side, by Jim Harrison

A memoir and meditation on writing, eating, drinking, family, hunting, dogs, drugs, Hollywood, and walks in the woods, by poet and raconteur Harrison, one of my very favorite novelists. I have read every one of his books at least once, some twice (Sundog) and others several times (Legends of the Fall, my well-worn, well-traveled copy finally passed on to a friend on a beach in Recife, Brazil). The writing in Off to the Side is beautiful, and Harrison’s life story is fascinating and oddly inspirational. Read it, then read everything else by this singular voice in American literature. 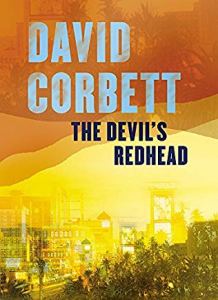 The Devil’s Redhead, by David Corbett

Here is a damn solid crime novel, and, in its treatment of the new hard West, reminiscent of the books of James Crumley and Kem Nunn. Corbett, a former private investigator, knows things about criminals, the drug trade, and the underworld that most writers of his genre can only guess at. He writes with care and power, and artfully describes the kind of people that David Goodis called “the wounded and the slain.” The Devil’s Redhead, by the way, is also a terrific love story. Is this a classic? Maybe not, but I bet Corbett has one in him. As for me, I’m off to read Done for a Dime, the author’s second novel, now available in paperback.