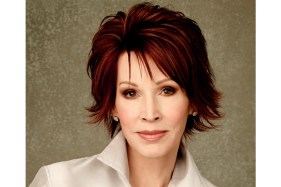 Sting is quite the romantic suspense, how did you come up with the premise for the book?

I actually wrote the prologue for Sting before I had a story. One day while working on another project, I was jolted into the honky tonk scene, saw Shaw Kinnard staring into his Tequila shot, and heard his companion say, “A woman walks into a bar.” I didn’t know who these characters were, what they were up to, or why Jordie Bennett’s arrival was consequential to them. But the scene began unfolding before my very eyes, and when it ended–with a BANG!–I had to discover what would happen next!

I fell back on the four elements I incorporate into every book:

1. The hero and heroine must share time and space.

2. They are co-dependent, needing each other in order to survive a common threat or to overcome a shared enemy. Neither is happy about requiring the other. They’re reluctant allies.

3. Nevertheless, they desire each other. Badly.

4. They’re forbidden to each other. Something built into the plot makes it impossible for them to submit to their desire. If he’s a fireman, she needs to be an arsonist.

That addresses the “romantic” part. The suspense part–I plant a question in the reader’s mind early on. If not in the first sentence, then certainly by the end of the prologue and first chapter. I continue to plant questions. If I do it correctly, the reader isn’t even aware of the questions. But I withhold the answers for as long as possible. The first question asked is the last question answered. That “aha” is the reason for the story. It’s what makes the point of telling it.

There are a few twists and turns in Sting that the reader doesn’t necessarily see coming. Did you always have a set answer in mind as to who was the villain of the book?

When I plot, I build in several plot twists which make the initial problem worse, turn the tide, or otherwise make the reader more uncomfortable about the protagonists’ chances of success.

However, my characters are often smarter than I. They do or say things that I didn’t plan for them. Some of the best plot twists in my books, I didn’t see coming! They shocked the heck out of me. I love when that happens!

Several of those shockers occurred during the writing of Sting. But the major jaw-dropper at the end, yes, I knew about that. What I didn’t realize when I plotted it was what a writing challenge it was going to be. But that’s something else I do with each book: I self-impose a challenge, try something that I’ve never tried before, which helps to keep the writing fresh and me from getting lazy. Complacency is anathema to a writer.

What advice would you give aspiring writers of both the romance and suspense genres?

I would advise aspiring writers of every genre to read, read, read. Read the genre they enjoy, read the genres they’ve never read before. I would advise they read the authors they love and determine why they love them. Also to finish books they’re disliking and determine why. One can learn as much from that. Study! Read books on how to write fiction.

I also advise that they write, write, write. After pursuing this career for more than thirty years, I’ve yet to discover a shortcut. There’s no fairy dust on any successful writer I know. However, there is a lot of blood, sweat, and tears. One must spend hours, days, months, years in solitary confinement putting words on paper. Workshops, critique groups, classes–all of which are beneficial–do not get the job done. In order to be a writer, one must write.

A word of warning: it’s hard.

Sandra Brown is the author of over sixty-eight New York Times bestsellers. There are over eighty million copies of her books in print worldwide, and her work has been translated into thirty-four languages. She lives in Texas. For more information you can visit www.SandraBrown.net.