To demonstrate the importance of the dairy industry in Wisconsin, consider the Butter Battle, also called the Oleo Wars. Oleomargarine, or margarine, was developed in 1895, but it wasn’t until 1967 that selling or buying it in Wisconsin was decriminalized.

Dairy farmers initially feared that the buttery nondairy spread would ruin them; later they would march and protest for a ban on anything resembling butter that wasn’t a dairy product. Of course, margarine smuggling started, and diet-conscious consumers would cross the state line into Illinois to the “margarine villages” that sprouted alongside border service stations.

Butter’s most partisan supporter was Gordon Roseleip, a Republican U. S. Senator from Darlington, whose rantings against margarine could occasionally overshadow Joseph McCarthy’s anticommunist paranoia. But the good senator doomed the butter industry in 1965 when he agreed to take a blind taste test between butter and margarine—and chose the margarine. His family later admitted that he had been unknowingly consuming margarine for years; he was obese and his family had switched to margarine, hoping to reduce his weight.

Wisconsin may be “America’s Dairyland,” but it isn’t only that; the state’s economic trifecta is agriculture, manufacturing, and tourism. Wisconsin is an international exporter, tallying $6 billion in receipts in 15-20 foreign markets. Leading exports include computers, industrial machinery, and transportation equipment.

The state has the highest percentage of the workforce nationwide in manufacturing (16 percent); manufacturing accounts for $37.1 billion, up to 30 percent of Wisconsin’s income. The industry produces small engines, metals, paper products, printing, processed food, mineral extraction equipment, electrical machinery, and transportation equipment. The paper product industry is particularly strong, number one in the nation since 1953, accounting for 12 percent of the national total, to the tune of $12.4 billion. One of every 11 jobs in the state is tied to paper.

The newest industry, economically speaking, is tourism, which really got started after World War II. The state now rakes in more than $12 billion annually.

Agriculture is the linchpin: 41 percent of the state remains devoted to agricultural products. The industry is worth more than $80 billion, with 25 percent of that from dairying. Interestingly, it’s the fastest-growing state for organic farming (a 91 percent increase 1997-2010); it ranks first nationwide in the total number of organic dairy farms and second in organic farms. 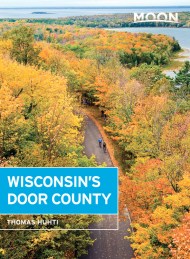