In Memphis, there are only two reasons to go to a juke joint full of blues: because you feel good or because you feel bad. Beale Street is a reliable source seven nights a week, and your visit to Memphis wouldn’t be complete without checking out its scene. But if you want to sneak away from the tourist crowd and catch some homegrown talent, check out a real Memphis juke joint. Live music is typical on Friday and Saturday nights and sometimes Sunday, but it gets scarce during the week. Generally music starts late (11 p.m.) and finishes early (3 a.m.). Don’t be surprised if the person you’ve engaged in conversation sitting next to you gets called to the stage sometime during the evening and delivers a beautiful song.

Remember that it’s in the nature of things for these clubs to come and go. The following listings were current as of this writing, but they are always subject to change. 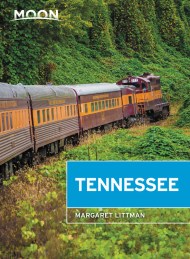 The cradle of country, the birthplace of blues, and the home of the Smokies: get to know the Volunteer State with Moon Travel Guides.