1. What’s the best time of year to visit Moscow and St. Petersburg?

May through October. If you’re not afraid of the cold, January and February are beautiful—longer daylight hours, often lots of clear blue skies, sunshine and sparkly snow. November and December are dark and not always snowy. You just get the cold without the beauty. Unfortunately, March and April are not what you’d call spring. They’re sloshy and gray. Spring usually only really begins in May and lasts one month. Mid-summer is great, especially in St. Petersburg, which has “white nights.” It doesn’t really get dark and sunset merges with sunrise. In September and October, you’ll see a lovely “golden autumn” with brightly colored leaves.

2. What’s a unique way for first-time travelers to explore these two cities?

On rollerblades. In St. Petersburg, you can rollerblade along the Neva River embankment and the canals. In Moscow, you can rollerblade along the Moscow River embankment, past the Kremlin and Christ the Savior Cathedral and from Gorky Park to Sparrow Hills. Other popular spots are the grounds of the All-Russian Exhibition Center, which has fabulous old Soviet monuments, and at Poklonnaya Gora, a war memorial that is very well paved.

3. What do you consider the best place, or places, to stay on a budget?

Recent years have seen a boom in hostel-style accommodations in both Moscow and St. Petersburg, which have rooms of various sizes ranging from large dorms to private doubles. There are also some old Soviet hotels in far-flung suburbs that remain a good value and they can be quite convenient if located close to a metro station. The Soviet-era Izmaylovo hotel complex is a good choice—although quite far from the centre, it’s close to the Vernissage at Izmaylovo souvenir market and the vodka museum, and it doesn’t take long to get to the centre by metro.

4. If money is no object, where is the best place to splurge for dinner?

In Moscow, Cafe Pushkin is an absolute must. Refined, classical Russian cuisine in an atmospheric, pseudo-historical setting that’s not too touristy or kitschy. In St. Petersburg, a good choice would be Noble’s Nest, in a former Garden Pavilion of the Yusupov Palace, close to the Mariinsky Theater so you can combine dinner with a night of opera or ballet.

5. What are some local dishes that visitors should try?

Caviar, of course! Both the cheaper red variety from salmon, as well as black sturgeon roe. It’s good on buttered white bread or bliny pancakes. Shots of vodka would be the perfect accompaniment but champagne will do in a pinch.

In summer, try the cold soups. There are quite a few different sorts but some of the best are okroshka, made with either the fermented rye bread drink kvass or cultured milk called kefir, and cold borsch, which is a bit different from the hot winter variety, which is also great, and well worth trying. Actually, soups are probably the best part of Russian cuisine.

In winter, have a spread of zakuski with vodka. Zakuski are Russia hors d’oeuvres and usually include various pickles, smoked and salted fish, caviar, and cold cuts of meat. The fresh, hot-smoked river fish in Russia is amazing.

6. What’s the best way to get around town?

The best way is a combination of on foot and by metro.

7. What are some of the must-see museums in St. Petersburg?

It goes without saying that the world’s greatest museum, the Hermitage, is a must-see. But St. Petersburg has other great museums. The Russian Museum is the best place to see Russian art, and the Kunstkamera is great for scaring the kids.

8. What are your favorite architectural sites in Moscow?

The Kremlin, its churches and walls, as well as the Red Square ensemble, particularly St. Basil’s Cathedral.

9. Russia is known for its vodka. Where’s the best place to taste and learn about Russian vodka?

In Moscow, there’s a vodka museum and tasting room out at the Vernissage Market at Izmaylovo, so you can combine souvenir-shopping with educational vodka-drinking.

10. What would people be surprised to know about Moscow & St. Petersburg?

They’re 24-hour cities—especially Moscow. There are no siestas here. 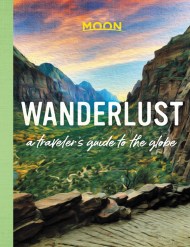