Montréal’s Underground City has turned from legendary to legend. Though it is true that below the city’s streets and skyscrapers there are 32 kilometers of underground tunnels to explore, it is not true that there are entire apartment buildings that exist exclusively within this subterranean matrix, or that the city’s inhabitants never have to go outdoors.

In 1957, urbanist Vincent Ponte was the first to envision this underground metropolis when his underground pedestrian walkways were included in developer William Zeckendorf’s plans for Place Ville-Marie. At the time, the plan only covered seven acres, but Harvard-educated Ponte’s self-sufficient pedestrian complex would soon lead to his nickname as the “multilevel man.” What started as a solution to cover old railway tracks soon became an integral part of the city’s urban planning. Since Ville-Marie opened in 1962, the subterranean city has grown to include 120 exterior access points and over 12 square kilometers.

Universities, banks, museums, Métro stations, condos, and hotels are all accessible through the underground complexes, but its most important and obvious function is as a huge underground mall. Linking three major shopping tunnels, it is the bloodline of winter commerce, allowing consumers to browse and buy in a temperature-controlled environment. Exploring the many tunnels and passageways can be interesting—especially when you realize just how far you can go—but the main draw of Montréal’s underworld is that it allows you to avoid the bitter, freezing cold. In fact, for many Montréalers figuring out how to get from point A to point B without going outside has become something of an art. 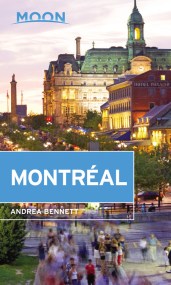 Montréal is filled with surprises: vine-covered alleys, unique spiral staircases, and festivals around every corner.