Habana Vieja (4.5 square km) is defined by the limits of the early colonial settlement that lay within fortified walls. The legal boundary of Habana Vieja includes the Paseo de Martí (Prado) and everything east of it.

The major sites of interest are centered on Plaza de Armas, Plaza de la Catedral, and Plaza Vieja. Each square has its own flavor. The plazas and surrounding streets shine after a complete restoration that now extends to the area east of Avenida de Bélgica and southwest of Plaza Vieja, between Calles Brasil and Merced. This was the great ecclesiastical center of colonial Havana and is replete with churches and convents.

In the 20th century, many grandiose structures went up around Parque Central. Today, the park is the nexus for sightseeing.

Habana Vieja is a living museum—as many as 60,000 people live within the confines of the old city wall—and suffers from inevitable ruination brought on by the tropical climate, hastened since the Revolution by years of neglect. The grime of centuries has been soldered by tropical heat into the chipped cement and faded pastels. Beyond the restored areas, Habana Vieja is a quarter of sagging, mildewed walls and half-collapsed balconies. The much-deteriorated (mostly residential) southern half of Habana Vieja requires caution. 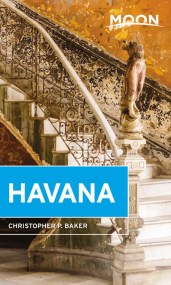